Those of us that are blessed to be called aviation professionals have good days and bad days just like everyone else. We also get to experience the close cousin to those days; they’re known as the “easy” day and the “tough” day. They may seem the same thing, but they’re actually very different. Let me explain.

A good day could mean anything from a day filled with no issues, to a day filled with thunderstorms, mechanical problems, and passenger headaches; and all the way down to just plain old ATC delays. And even though it may have been a “tough day”, it can still be quite a good one. Many a day has ended with me laying my graying head down on the rumpled hotel pillow, looking back on the day with a critical eye and saying something to the effect of, “you know, you took everything that was thrown at you today, made good decisions, acted professional at all times, provided the customer with a safe and speedy product, and even though it was a tough today, it was still a good one. You earned your keep, used the skills that the last 3+ decades of aviating have taught you, and in the end, you brought your ‘A game’ and it was good.”

But last night I had one of the toughest days I’ve had in a very long time.

Calling it a day is a misnomer, for we were tasked with flying the “all nighter” (or “redeye” if you will) from Anchorage, Alaska through the dark night over western Canada with our final destination being Minneapolis/St. Paul. The flying machine was in superb shape (Mr. Boeing’s amazing 757 on its worst day is still better than most airliners on their best), the cabin crew was top notch, the weather in Anchorage was cloudy but benign, the ride at flight level 390 (or 39000′) was mostly smooth, and except for a beautiful lightning show (from thunderstorms north of our course over Regina), the flight was uneventful. It was what I call a “no brainer”. 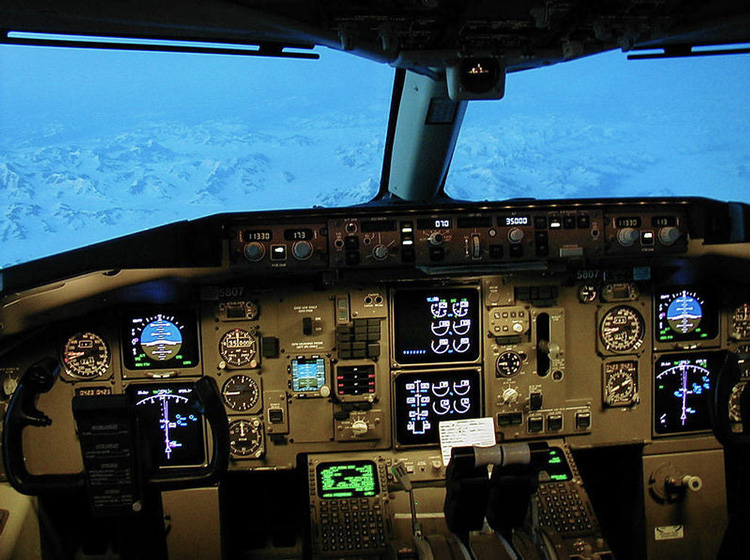 The final flight from Anchorage to Minneapolis.

So what made the night so unbearable? Here’s the answer; it was made tough by a single passenger and his accompanying companion.

Was he drunk? Was he loud and obnoxious? Was he rude and annoying? So what was the issue with this one person, Captain Ball?

The issue was that he was silent, he was perfectly still, and he was headed home. He was 19 years young — and he was a fallen hero. His companion (also his best friend) was adorned in his Army Class A uniform, and was respectfully seeing that his friend, his buddy, his “brother” made it home.

When I was informed of my special charge while at the gate in Anchorage, my thoughts immediately turned to my own son. He proudly wears the single silver bar of a United States Army officer, and has been “in country” in Afghanistan for the last three months. We talk to him regularly, and each time I (or my wife) hear his voice, our hearts light up, we smile from ear to ear, and whatever is on the docket for the day is suddenly made wonderful. To say talking to him from the other side of the world makes our day brighter is like saying there are stars in the sky. Words simply don’t do it justice.

As we readied ourselves for the launch from gate B6, I was far too busy to let my mind wander and begin the mental gymnastics of thinking about what lay ahead of me that night. Later, after the myriad of tasks required to take a 100 ton machine from motionless to 500 knots into low Earth orbit had been accomplished, we settled in for the five hour leg to Minnesota. It was then that I had time to think about the young man lying below deck. I couldn’t stop picturing his shocked and grief stricken mother and father, siblings, aunts, uncles, and all the friends he had made growing up. I know it sounds cliché’ as hell, but their pain was coming home to roost. Here was a young man, not into his second decade, and he was gone. No wife to love, no children to raise, no grandchildren to spoil, and his legacy was that he fell for freedom and democracy. 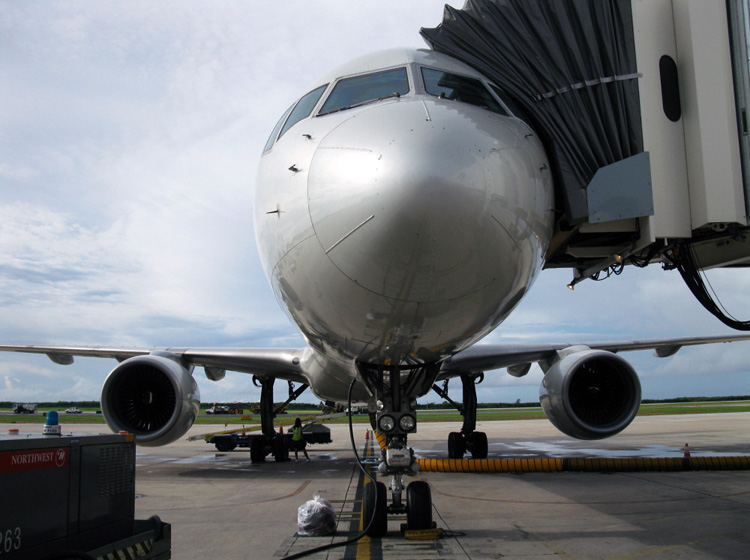 We readied ourselves for the launch from gate B6.

Was he curious as a young man? Did he love sports, or did he lean toward the introverted side and log time with the likes of Harry Potter and Frodo and company? My son was both as a young man. Excellent in sports and comfortable being alone. He was a joy to parent. Bumper sticker slogans mean little to me, for chances are high that this young person fell in the company of his friends, possibly even defending them. I’m certain that his last thoughts were probably not of his country and politics, but of his loved ones. Each time I had those thoughts, I felt the tears begin to well up, squelching them by concentrating on the machine, the flight plan and (later) the lightning show outside my cockpit window.

As a parent of a child in harm’s way, please trust me when I say your days are filled with apprehension, worry, and sometimes even what can only be described as terror thinking. You don’t allow yourself the luxury of something as simple as counting the days until they return, for fear that would somehow jinx the journey. Did this young man’s family feel the same things as my wife and I? Did they count the days? What were they counting now? I’m guessing they were counting the hours until he was home.

The Lead Flight Attendant provided us the information on this soldier and his Honor Guard, for we were planning on making a P.A. address asking the passengers to respectfully remain seated while the young man in uniform deplaned first and joined his friend on the ramp, ensuring his companion duties were met. I knew that I would not be able to speak to the passengers without becoming too emotional, it would in fact, hit far too close to home. I did what any good commander would do…I asked the First Officer to make the announcement. He graciously acknowledged that he would do it, thus cementing his place at the top of my “New Favorite First Officer” list. All kidding aside, I was happy to have his help with this task.

One hundred and fifty miles northwest of Minneapolis/St. Paul, I began our descent for landing just as the eastern horizon was beginning to glow orange, signaling another beautiful Minnesota summer sunrise. I had briefed the visual approach to runway 30L, and since the weather was clear, and the hour of the day (0500) meant we were the only target on the radar screen, the ATC folks “cut us loose” early and cleared us for the visual approach. Shortly after that, the MSP tower cleared us for landing. My time with the young Hero was almost over. 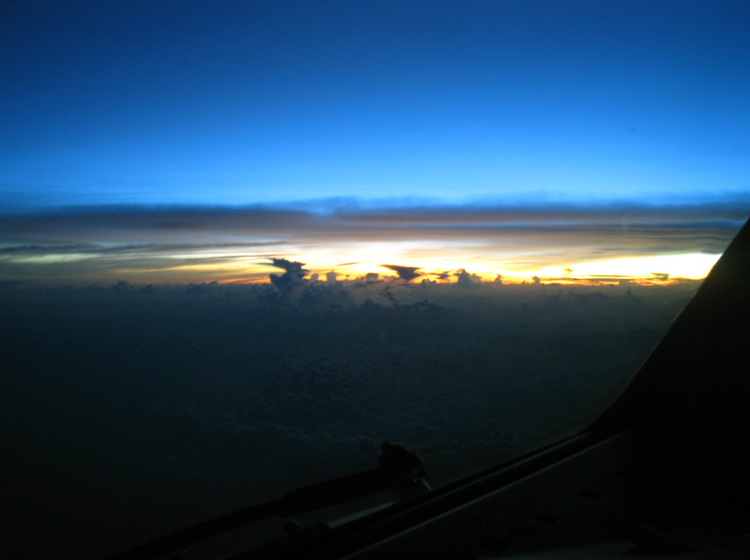 I had decided to try and make this the smoothest approach and landing this old airline pelican could muster. I felt like I owed him at least that. Due to a 60 kt tailwind, and the close ATC vectors, we were a tad bit high on the descent profile on downwind, but with aggressive use of the speed brake and/or flap extension, we turned a five mile final right on speed and on the glide slope. I was hand-flying the machine now, and seemed to have dialed in the perfect amount of crab to offset the 15 kt right crosswind. The speed looked good, the descent was perfect, and at the exact moment called for, I closed both thrust levers and gently rolled the main wheels onto the pavement. Gingerly lowering the nose landing gear, I pulled the levers into reverse and slowed to a comfortable speed to exit the runway. It was the smoothest landing I had made in years, and as we taxied toward gate G22 and the F/O began his announcement, my mind began to think of his grieving family again. He was almost home, and my contract with him and his loved ones was almost complete. The tears were back, but I had no time to think of that now, for I had to concentrate on one last task… getting us to the gate. I was so proud of my 180 passengers, for once at the gate they all remained respectfully in their seats, allowing the young Army Specialist to deplane first. Perfect strangers came together on a dark night over Canada, pooled their humanity and honored a young man they had never met.

My part of the agreement was to get him home. His part, well, he had already done his part.

My chosen career allows me scant opportunity to do “honorable” things, but last night I was afforded that opportunity.

It was a tough night, but a really good one.

Going to Work with Dad Page 2