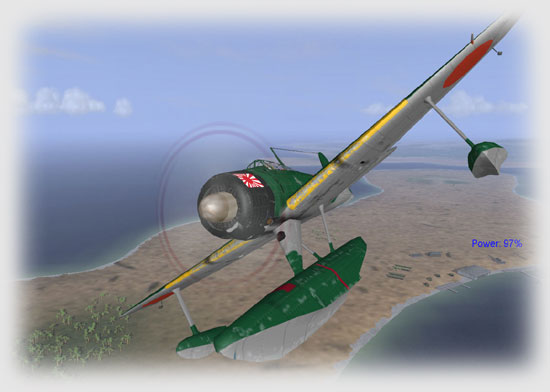 What is New (and what isn’t)

Most of you have seen the pics of the Lexington cruising on the virtual screen. I have a personal attachment to that particular carrier, my grandfather served aboard her in 1941 and was there when she met her untimely demise. Seeing her cruise, even if it is only virtually, I think would have made him smile and probably would have brought a tear to his eye.

US pilots will have the opportunity to fly from the Lexington Class carriers (Lexington and Saratoga), the Yorktown class (Enterprise, Hornet, Yorktown) or the Essex class carriers (too many to list). You will also be able to take off from the ‘baby flattops’; the CVEs that did yeoman service in the war. The beta version that I have has only the Lexington class currently in place but the others are to be released with the final version.

Japanese players will have the option to fly from the Akaki, Kaga, the Zuikaku class carriers and the Shinano class carriers. The Akagi is the only carrier currently available in my beta so we will see what carriers make it into the final version but I do seriously hope that these ships make it in. It will be cool to see a Japanese battle line like this at sea.

Brits get the Illustrious class carrier for operations. In addition the game will ship with many of the heavy and light capital ships that fought in the war. Interestingly, most of the battlewagons are early war ships, like the Arizona and Haruna. Noticeably absent, later model ships like the New Jersey class and the Yamato are not represented (yet) in the game. A wide variety of ships are available though and you should be able to make a pretty impressive task force with what is shipping in the game.

Aircraft that are added to the game are literally a ‘who’s who’ list of aircraft that fought in the war. Americans will get to fly the F4U Corsair, the F6F Hellcat, F4F Wildcat, SBD Dauntless, Brewster F2A Buffalo, B-25 Mitchell and A-20 Havoc; all with various sub models. In addition some of the more important aircraft will be represented in AI format, like the TBD Devastator, the B-29 Super fortress, the B-24 Liberator and the TBF Avenger. The Brits will get their Seafire to fly. I am hoping the Gladiator will get an update since many of those flew off carriers early in the war.