Mark: Why is the Murmansk battle interesting?

Ian: This one map covers four years of warfare from the German advance in the summer of 1941, through two years of stagnation, to the Soviet steamroller of 1944. We see the aircraft change from Chaikas to the latest Yaks and Focke-Wulfs. There is no doubt that the setting is crucial — it was the only lend-lease route at the start of the war and helped Russia get through the first two tough years, supplying tanks, aluminum, radios and, of course, aircraft. We see many lend-lease aircraft used here, from early P-40’s to Bostons, P-39’s and even a strike squadron of Russian P-47’s in 255 IAP. We have fighter patrols, ground attack, convoy cover, railway patrols, reconnaissance and the first use of German torpedo bombing. Lastly there is the British involvement of 151 Wing – Hurricanes versus Emils and Ju-88’s in fights reminiscent of the Channel Front the summer before

Mark: How long did the British 151 Wing fight in the Murmansk area?

Ian: From September to early November 1941.

Mark: Where there any other British squads in the region?

Ian: In the summer of 1941 there were Fleet Air Arm operations off northern Norway and Finland that ended pretty disastrously.

Later there were reconnaissance and Lancaster sorties in connection with the attacks on the Tirpitz. Both Spitfire and Mosquito recon aircraft sometimes used Vayenga as a base so as to vary their approach routes to Norway.

Some of the bigger lend-lease aircraft like Hampden bombers were flown to the region instead of being packed onto ships. The geography also meant that the region saw courier flights to and from Britain, like the Catalina that supported 151 Wing or the TB-7 (Pe-8) that carried Molotov to Britain and the USA for talks.

Mark: And why is the Kurland battle interesting?

Ian: It was the one place that the Germans had a battlefront with the enemy and held out to the end. Hundreds of thousands of troops were trapped on a peninsula with their seaborne supply route under constant attack. The Soviet numerical advantage in tanks, artillery ammunition and aircraft was absolutely overwhelming, not just 10 to 1 but many times that. And yet from October 1944 to May 1945 the Germans held their line in the face of battle after battle.

I also like the range of aircraft used in the battle — all the “big gun” aircraft were used: Ju-87G, IL-2 with 37mm, Yak-9K and 9T. The KBF’s 51 MTAP flew Bostons on hair-raising skip-bombing missions right into Libau harbor. The Russians flew P-63 King Cobras in secret (the Americans had given them to boost the Soviet Pacific Fleet for the offensive against Japan). The Germans made wide use of the Fw-190F-8 that we see rather too little of in missions. The French flew their Yak-3’s that they would fly home to Paris the following summer.

Lastly, Kurland can also be used in 1941 — always a bonus when making maps. 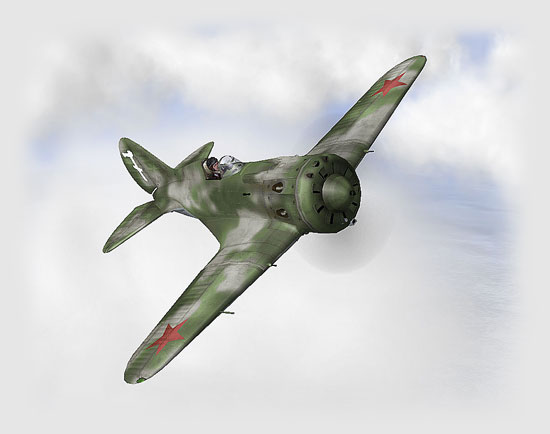 Mark: How long did it take you to complete the maps?

Mark: What were the greatest challenges in developing the maps?

Ian: Finding workarounds to the various issues presented. There is very little documentation supplied with the map tools and some of the mapping code was written over 5 years ago to meet the demands of certain maps. However I wanted to do things a bit differently — for example in Murmansk we have water in the sea, ice on the lakes and rivers and snow on the ground. No winter map had ever used water but it was vital for Murmansk, as the shipping convoys are the point of the map. What we did not realize, however, was that setting the default aircraft camouflage to winter also affected the water surface behavior. Winter camo meant craters on the water and puffs of dirt instead of splashes as well as other problems but whoever had established that link as a convenient shortcut had long since forgotten about it. It was only when I tested summer camo to see how it looked over water that it was solved. As it happens the amount of missions over water meant that winter skins weren’t used as much as one would expect anyway.

Then there is the issue of code changes. In the 3 years of this project, AI aircraft behavior at airbases had completely changed twice. This has meant extensive reworks of something I had already spent a couple of hundred hours on.

The Kurland map presents for the first time an autumn map for Forgotten Battles. What features are unique to this map?