You know how it is. You look forward to something for quite a while, plan for it, make reservations for hotels and rental cars and airline travel. Get your work schedule aligned so you can take the time off, home schedule likewise. You pack, hoping to heck you didn’t forget anything, or at least anything important, like your wallet or cell phone.

And then, like a whirlwind, you’re on the way to the airport, then settled in your comfortable 737 passenger seat, complete with screaming kid next to you and away you go. 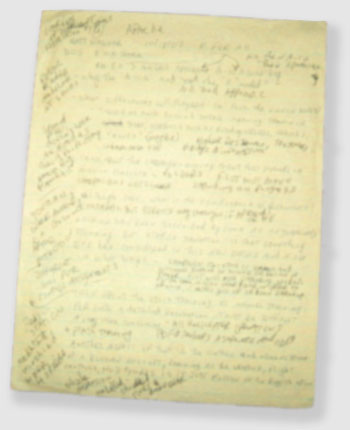 Time zips by, so many things happen, great people to meet, simulations to talk about, and before you know it you’re once again sitting in a comfortable 737 passenger seat waiting for takeoff. To go home.

And all you have is memories, great memories, pictures (lots of pictures), and sheets of yellow notebook paper with carefully worded interview questions written on them, complete with a space for the answer, and then covered from top to bottom with scribbled answer bits, sudden moments of “clarity”, and frankly stuff that I don’t even understand. And I wrote it.

Lest you be thinking, “My God, Tom, no wonder you’re so incoherent!”, allow me to retort:

And with the passage of time and muddled memory, I’m having a hard time remembering which pictures you’ve seen, and which you have not.

Have you seen this one?

Actually, I do remember that picture, quite clearly. Ahem. 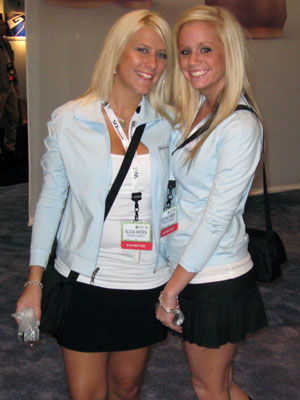 Alright, with the pleasantries accounted for, let’s move on with the report. How about my meeting with Rick “rjetster” Ladomade?

You cannot believe what a kick this was! I had an idea it was possible, but I tried not to think or say too much about it for fear of introducing the infamous jinx. But it actually worked out, and I’ll never forget it.

I had wanted to meet up with Rick “Rjetster” Ladomade on this trip to LA and E For All. Some of you may remember, I was supposed to meet Rick at E3 last year, but it got cobbled up on our end, and we failed miserably.

This year, Rick wasn’t going to be able to go to E For All until Sunday (and I’m not sure if he was actually able to go then), and I was leaving LA on Saturday. So, he mentioned it might be possible to get together at his “day” job, and he could take a little time, show me around, talk a little flight sims and Fighter Ops. Cool.

Yeah, but wait. Know where his day job is? Warner Brothers Studios in Burbank. On the stage where they film TV shows. He was doing a late shoot that day, meaning way into the night, but he managed to take a little time to meet with me and show me around. And, it turned out that Paul “Shatterer of Worlds” Wilson was there too. Awesome! I got to meet the guys from Fighter Ops who had gone on the excursion to Laughlin AFB and taken a ride in a T-38. With Mexican food from the previous night (yes, it turns out that story is real). Read about it here, if you haven’t already.

And, a NASA test pilot was going to be there, who unfortunately I was not able to meet because I had to bug out before he got there. Man, there really is a nexus, a flight sim nexus.

How it worked was I left the E For All event Friday afternoon, having talked to Rick and gotten some excellent directions without which I probably still be driving aimlessly through the LA freeways, and drove out to the Warner Bros location . Huge location, huge. I had to have a security pass, and wasn’t allowed to take a camera in, which I understood. But it was mind boggling. I couldn’t believe I was there. I had never been on the set of a TV show, much less the Warner Bros lot.

Incredible stuff. I half expected Bugs Bunny or Elmer Fudd to walk around the corner at any moment. Anyways, I got my ducks in line (sorry Daffy), and bumbled onto Stage 1 and into a world I have imagined but never seen. Lights and cables and work shops and sets and props and people who knew what they were doing and where they going. I just kind of stood there for a moment, and vacantly wondered if my cell phone was set to vibrate. I could just imagine having it ring and some director looking at me and yelling “WILL SOMEBODY STOP THAT RINGING!”.

Anyways, I met Rick and he was very gracious in showing me all around and introducing me to some of the people he works with. I gotta say, what nice people they were. Took a moment to shake my hand, talk with me while I stuttered and stared at all that was going on. I just have to say, Rick is one of those rare individuals who is at the same time very high energy and yet laid back and easy going. I don’t know how he does it, but he does.