The first of the Crossman series of books this reads somewhere between John Keegan’s The Face Of Battle, Bravo Two Zero and James Bond.

The book details the adventures of Sergeant Jack Crossman. A man of noble birth who has signed on as an NCO in the army after running away from home and has been sent to Crimea. Once there, Crossman is singled out to lead a group of unkept ragamuffins on a series of exceptionally dangerous missions and the book details these. 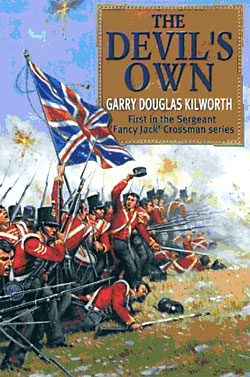 The narrative proceeds apace, though similarities with the Sharpe series of books seeming obvious, especially as the levels of accuracy and research done by the respective authors seems similar. Crossman’s character and that of his soldiers reflect the changing social structures of the time with the working class acquiring their first sniff of power through the industrial revolution though the horrors of the First World War and the mistakes which caused them are clearly visible in the descriptions of the changing face of the battles.

Although it can becomes difficult to identify with the main character at times, this becomes easier as the book progresses, particularly as his fallibility becomes apparent. The author’s experiences in the RAF clearly come to the fore when describing attitudes and banter which would not be out of place in today’s armed forces and this is particularly so when Crossman drops the pretense of being a traditional NCO and instead deals with his men as humans. The locations are widespread and beautifully described whether it be the rain of the landing grounds or the alien nature of the port at Sebastapol. Forgotten historical quirks of the campaign (such as the orchard farmers and the spectators at the battle) are brought in to add historical interest (though Crossman’s love of inventions is at times a little clumsy in its execution by placing the action within a historical context).

Crossman’s sense of honor seems at odds with how war was increasingly going to be fought while the horrors of war are not spared in this book. In particular, the author makes special mention of the incessant cholera which decimated the army.

Other characters in the book are dealt with only briefly. Life is hard and as a consequence the author portrays the troops in his company as those who have endured rather than enjoyed life and this in turn has led to their characterization being only peripheral in nature. The remainder receive scant more attention. Officers are generally seen as boorish and out of touch while women are seen to be tucked up in the bonds of society in which they lived.

In summary I would recommend anyone, whether they have an interest in the Crimean War or not, to read this book. The story is a rip roaring adventure and the author is to be commended for his attention to detail and exciting prose. I would make only one request for future novels by the author — could we please have a public school other than Harrow or Eton mentioned?!

The Valley Of Death

Although The Valley Of Death picks up from where The Devil’s Own finished, it is a very different book from the first one. Crossman has now been identified as a skilled assassin and spy and his particular talents are much in demand by the British Army as the conflict turns into a bloody stalemate. With the Russian army seemingly after him personally, a character from Crossman’s past arrives to further complicate his situation…. 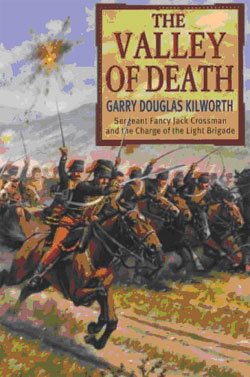 Unlike the first book, the other characters get more of a mention. The author’s descriptions of “Skuggs” and “Devlin” invite the reader into the world of the common soldier, providing fully-fleshed, three dimensional characters that have you thinking about them long after you put the book down. “Wynter” deserves a special mention as a brilliant piece of writing. His character arises from that of typical cannon fodder to that of a hard done, but intelligent human being who has found it easier to get by on the wrong side of the tracks. Similarly the new member of the platoon, “Clancy” is brought forward brilliantly with the absurdity of his being in the army corresponding with the absurdity of the army’s predicament in Crimea.

The tactics and leadership of the army comes under the same withering fire as in the first book. It is notable that the leadership is not shown as being quite so corrupted by the restrictions of their class as in The Devil’s Own. Whether this is because of the passage of time in the conflict, or whether this is a conscious decision on the part of the author is unknown, but this makes a welcome change. It allows the leaders to be seen as short-sighted and stupid rather than cold blooded and illogical.

The descriptions of the various battles are as good as The Devil’s Own (particularly that of the Charge of the Light Brigade). Many interesting asides are thrown in. Small facts such as the charge of the Light Brigade mostly taking place at a trot, and coming as a surprise. Once again, the action changes locations with breathtaking frequency and each place is painted with the same attention to detail that allows it to be solidified in the mind’s eye of the reader.

There are criticisms of the book, however. Peterson seems an extraneous character for much of the book and some characters such as the shepherd seem to figure purely as a way of drawing the story on. Once again Crossman and “Jarrard” have an almost Nostradamus-like ability to predict the future while the character of “Mrs. Durham” seems incomprehensible — she appears to take joy from war and yet hate its produce!

To waste time attempting to find flaws in this book detracts from its overall ability to pull the reader in. Instead I would merely commend this book to anyone who enjoys a good story with intelligent dialogue and brilliant writing.

Out of the Turret and Into Hell Review