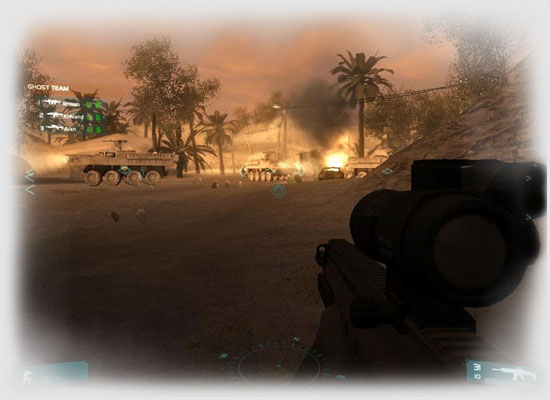 Most everyone I know was waiting for and wondering how good the new Ghost Recon game was going to be. I had high hopes for the game, but after the death and destruction of the Rainbow Six series for the PC, mainly Lockdown, I must admit I was concerned. Sure, I know these are two completely different games by two completely different developers. However, both have ‘Tom Clancy’ in the title, and both were published by Ubisoft.

So I tried the demo, was impressed, but not overly. I agreed to try the full version and am glad to announce that, in my opinion, Ghost Recon: Advanced Warfighter is a great game, not a classic like the original, but still a great game in its own right. Look at Ghost Recon: Advanced Warfighter as a new, future squad tactical shooter, and not the next version of the great and classic, Ghost Recon.

You can buy Ghost Recon: Advanced Warfighter (from now on referred to as GRAW) as a digital download from Direct2Drive. It is a large download which took me about 2 hours. When downloaded, simply extract the files to a folder and double click “Set up”. It installed for me without a problem. While there is no Starforce protection, there is some type of DVD Secure protection. My Direct2Drive purchase came with the manual in electronic format, but the manual was corrupted. I would have made a big deal about that if I had not also bought the boxed PC-DVD edition which includes the manual. I haven’t seen a PC-CD edition anywhere for sale. The boxed version I got is a limited edition DVD including a feature on the future of the American Soldier, showing some of the toys and the background of the making of the game. The basic, 16 page manual includes key commands and basic game play information.

GRAW is one of the first games to support the new PhysX technology. But of course, you need a PhysX card in your system to enjoy the benefits. Frankly, from what I’ve seen on their web site, it sure is prettier and stuff blows up bigger and better, but I really don’t think it’s a necessity, or even worth the cost of the card. It does absolutely nothing for game play. Now if they made a card that made AI more intelligent and human like, I’d pay for that.

Once installed, you create your own Profile then jump into the Settings. The Settings are split into four categories: Game Play, Controls, Video, and Audio. All the basic First Person Shooter settings are there. It should be noted that you will need a video card with 512 MBs of video ram for the high textures setting. 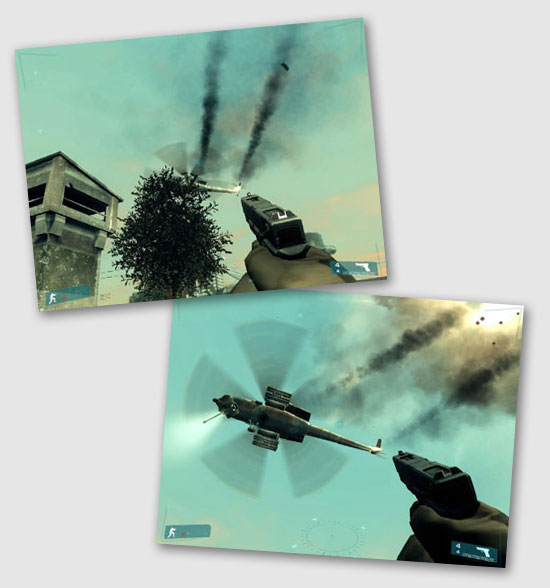