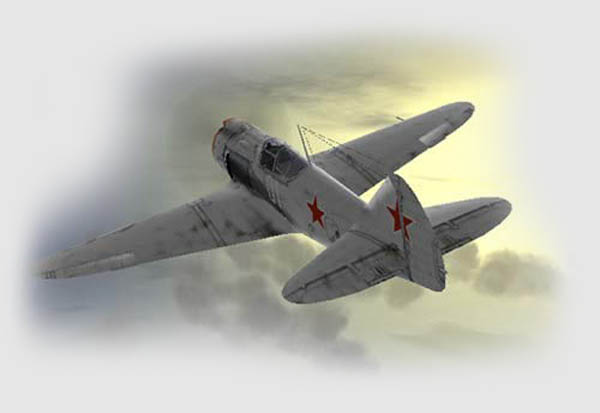 How well does this reflect what we know about what actually happened on the Eastern front? The first thing that must be remembered is that the aircraft used in daily front line service were rarely able to match the performance of test aircraft. This may have been partly due to the standard of aircraft delivered straight from the production lines, and partly due to factors such as airframe and engine maintenance that occurred in less than ideal conditions and less often than recommended. Indeed, pilots of every nationality were apt to complain that their aircraft did not perform to published figures. As interesting as it would be to speculate how these factors may have influenced the air combat, the thing we can say with some confidence, is that despite any performance disadvantage the Luftwaffe pilots were forced to concede, they were almost certainly able to minimize that by making the best use of their experience and skill to deliver surprise attacks from positions of advantage, and do it well enough and often enough to accumulate formidable scores. But in order to put that into perspective, and correlate it with what happens in our simulations, we need to take a brief look at the big the picture. 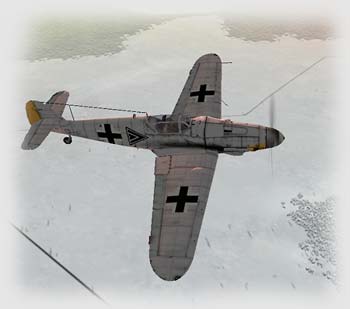 In the early hours of Sunday morning on 22nd of June 1941 Germany launched operation Barbarossa and invaded Russia. Because of his peace pact with Hitler, Stalin believed that the build up of troops close to the border was just a political bluff, but Hitler had no qualms about launching a surprise attack, subjecting Russia to the sudden fury of undeclared war. After a swift European campaign, Hitler believed that nothing could stand in his way. In the short term he was right! The Luftwaffe provided excellent close air support, so that the advancing German army was able to move forward at great speed. Strikes against airfields that were positioned too close to the front, combined with a lack of an early warning system in the form of observers, meant that large numbers of Russian aircraft were destroyed on the ground. German pilots who had honed their skills in the sky over Spain and England, were able to enjoy a high level of air superiority to shot down anything the Russian pilots were able to get airborne. For these reasons, the initial advances were every bit as dramatic as they had been when the Germans swept through Holland, Belgium, and France during the Blitzkrieg. But Russia was different, stretched over a two thousand mile front, the enormous country threatened to swallow the entire German army as it extended deeper into the vast expanse of Russian territory.

By underestimating the determination and industrial might of his new enemy, Hitler made the first of a series of strategic blunders that would ultimately lead to his defeat. The Luftwaffe’s lack of a strategic element also contributed to that failure, by allowing the Russians to realize the potential of their aircraft and weapons industry, hindered only by air attacks that amounted to little more than nuisance raids. Just as the Luftwaffe had failed to defeat England, it was unable to strike deep into the heart of Russia. So, as the Russians retreated to the east, they took everything with them and rebuilt their aircraft factories beyond the reach of German air power. While the German army was stalled by the bitter winter, the Russians were rebuilding, working around the clock in a relentless effort that produced almost eighteen thousand aircraft within the year, that were further augmented by relatively small numbers of British and American lend lease fighters. This was how the air war over the eastern front developed, but what about the air combat, and what about the common western perception of Luftwaffe superiority and the amazing scores achieved by the Luftwaffe pilots?

The fighting in the air over the eastern front was conducted on such an enormous scale, in terms of the aircraft lost in combat, that it dwarfed events in both the Pacific and European theatre of operations. A conservative estimate of the number of Soviet aircraft lost exceeds seventy thousand, and may have been as high as eighty thousand aircraft! By way of contrast, the combined war losses of USAAF and RAF aircraft was in the order of forty thousand. You get an impression of the scale and intensity of the air combat, when you consider that the total British and American aircraft losses for the entire war was only about 50% of the Soviet aircraft losses over the Eastern front.

It is also important not to get the wrong impression from those figures. Aircraft loss figures alone can’t tell the whole story, and it would be easy to imagine that Soviet losses may have been high because the Russian pilots were less skilful or were easy to shoot down, but that simply was not the case. The high initial losses suffered by the Russians has been attributed to many factors, including the timing of the German attack, the fact that many Russian airfields were too close to the border and that re-equipment was taking place at the time of the attack. Other factors include Russian negligence in the disposition of aircraft at airfields that enabled the Germans to destroy large numbers (1,811 Soviet aircraft were claimed on the first day alone) of aircraft on the ground and other failures of Soviet command. None of those factors can detract from the ability or courage of the Russian pilots of that day! Indeed, the scores of top Russian Aces far exceeded those of their allied counterparts. For example, the number one and two top scoring Soviet Aces, Ivan Kozedub with 62 kills, and Alexander Pokryshkin with 59 kills can be compared with the American and British top scoring Aces, Richard Bong with 40 kills and Johnnie Johnson with 38 kills. Not to mention that many notable German Aces were shot down or forced down by Russian pilots over the eastern front, even though many of them bailed out safely, or crash landed and survived to fight again. The list includes such well known names as Erich Hartmann with 352 kills, Gerhard Barkhorn with 301 kills, Guenther Rall with 275 kills, Otto Kittel with 267 kills, Erich Rudorffer with 222 kills… and the list goes on. Of course, looking at pilot victory totals like this doesn’t explain what was really happening, but it does indicate quite clearly that the air combat was anything but easy. It is also clear that it was conducted on a huge scale and fought with such ferocity that it is perhaps surprising that it has generally received so little coverage in the west, and was also notably under represented in the flight simulation community. At least until the “IL-2 Sturmovik” simulation!

It can be seen from this, that in real air combat, aircraft performance is important, but only one of many factors that contribute to a pilot’s success, and arguably not even the most important. In flight simulations, the situation is quite different, the relative importance of aircraft performance often tends to outweigh factors that would be more critical for real pilots. Physiological factors such as eyesight and the ability to tolerate g loads or remain clear headed and react correctly under extreme physical discomfort and stress. Natural factors such as the ability to use cloud cover, terrain features, or the sun to achieve surprise. Operational factors, such as the need to cruise at economic speeds to conserve fuel, or at the altitudes required to support ground troops or bombers. Many of those factors weigh far more heavily on real pilots than they do in simulations, and have a much greater impact on their success. For example, despite the sophistication of modern flight simulations and their viewing systems, the factors that influence our ability to achieve the advantage of surprise online remains difficult to simulate in a way that flight sim’ pilots would find acceptable. Icons that are attached to aircraft to identify their type and range are needed to compensate for the limitations of our computer displays, and most flight sim pilots would not wish to fly for many hours without making contact with the enemy. So it happens that in our simulated arenas, the performance of the aircraft has a greater impact on the combat. This means that even if the flight models of the aircraft were perfect, it is still unlikely that the air combat would go as it might have in the real world. This may help to explain why many experienced flight sim pilots are very sensitive to perceived differences in the way their aircraft are modeled, and why those differences have a greater impact on the virtual air combat, than it did on real air combat. But that’s another story, for another article.

This article has given you some information about the performance of IL2 aircraft, and discussed the comparison between them and their real world counterparts. There can be little doubt, that flight simulations in general still have a long way to go before we can make meaningful comparisons with reality, but there is also no doubt that IL2 Forgotten Battles, along with a small number of other fine simulations, is about as close as we can currently get to it… So, put away your performance data and calculators, load up IL2 Forgotten Battles and go do what the game is intended for, having fun! 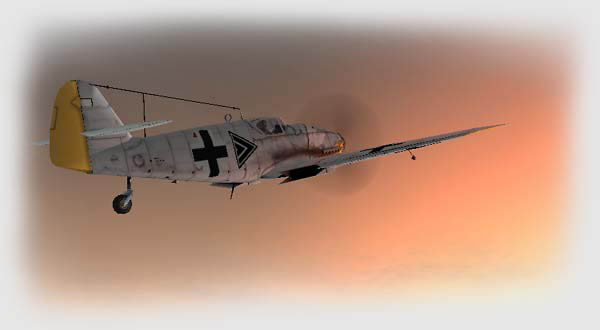