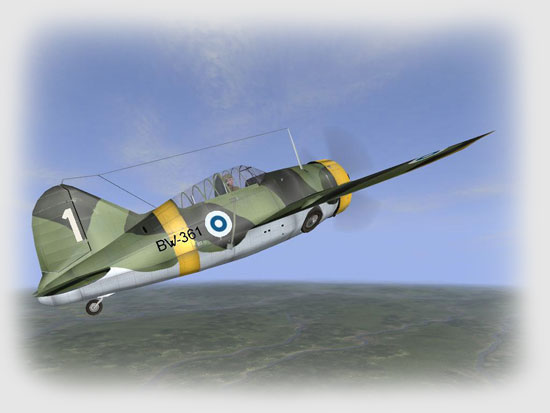 Oleg Maddox and crew have produced a second Eastern Front World War II Flight Simulation… IL-2: Forgotten Battles. It was originally intended to be a large add-on to the outstanding IL-2: Sturmovik combat simulation, but instead it was marketed and released as a complete and ‘new’ game. This decision by Ubi Soft/Maddox Games will naturally generate some serious cost/value inquiries from Gamers prior to making a purchase decision. Typical Questions are: What improvements and changes have been made? Are these changes radical enough to really improve on IL-2? Is FB really just an ‘IL-2 Super Patch’… or is it actually a completely different game? Do these additions justify the full ‘New Game’ purchase price?

The objective of this review is to evaluate IL-2: Forgotten Battles in order to answer these questions and to provide insight on how well the game models reality. As I’ve stated on previous reviews, my perspective is that of a ‘Hard Core’ combat flight simulation aficionado. Appropriately accurate flight models, realistic Artificial Intelligence (AI), technical fidelity, and historically correct scenarios are basic requirements for a good hardcore game. I use these factors as a basic yardstick in my assessment of quality. Please be aware of this. Additionally, it is valuable to include other points of view so it is probably very helpful to read Tom Cofield’s excellent IL-2: Forgotten Battles Preview here and Leon Smith’s Forgotten Battles: A Reality Check here. 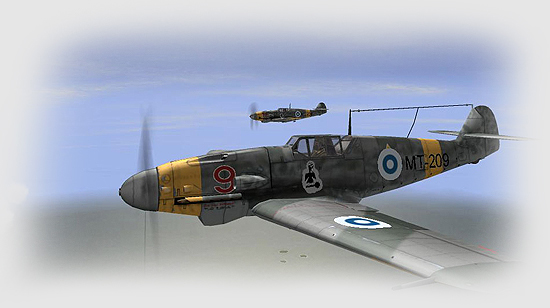 In the Box, and Documentation 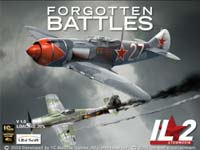 FB comes in the standard small 5” by 8” game box. In that box you’ll find two CDs, a well illustrated color key card, and a manual. The 64-page manual is small but fairly comprehensive and well done. This is especially true when considering the current game industry standard of providing absolutely minimal documentation. The printed manual contains detailed enough guidance to setup, troubleshoot and understand the basics of FB game play. The table of contents lists several important topics includingInstallation, Hardware Settings, Air Combat Tactics, Engine and Crew Management, Training, Controls, and other subjects that help the player maximize the game. Some areas are better than others, but if you require additional information there are two other sources available… The digital manuals found onCD 2 and the Training missions found on the Main menu in the game. 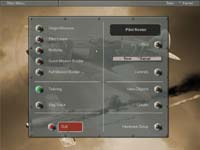 There are four digital documents in PDF format on CD 2. Two are ‘soft copies’ of the printed material provided in the box; 1) The ‘IL-2 Reference Card’, which is the keycard and 2) IL-2 FB Basic Manual. The third document is the ‘Advanced PDF Manual’ which contains additional training plus tactical and historical information. The section titled Flyable Aircraft Guide was of particular interest because it provides some detailed information about the performance and idiosyncrasies of each aircraft. The ‘Pilot Notes’ describe in pretty good detail the assets and liabilities of each type. The only thing missing were the Ps Charts (Or EM diagrams), a very useful tool when comparing different combat aircraft in order to determine appropriate engagement strategies (Hopefully, someday game developers will eventually include these necessary charts… all the ‘raw’ information/data is readily available from the flight model algorithm). The last digital document is an ‘IAS TAS Chart’. It allows you to convert IAS to TAS in KPH at various altitudes; TAS is required for the bombsight. 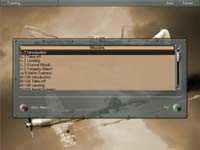 The in-game Training missions are track files that are used to demonstrate various important techniques of basic flying and aerial combat in the IL-2 FB world. I used several Training tracks to clarify some of the finer points of FB; the operation of the bombsights in particular. Training begins with a basic overview on how to fly the IL-2 and then continues through advanced tactical/mission instruction. The potential value of these ‘training track’ files is enormous; unfortunately the examples included in the game are not very professionally rendered. Most of the ‘instructional’ presentations are very generalized and contain some erroneous or poorly illustrated information. Additionally, the lesson format is not how someone with real world instructor experience would present each topic. The ‘instructor’ doesn’t delineate a specific and clear learning objective, or clearly demonstrate/ explain how to EXACTLY accomplish that objective. Another absent instructor technique is highlighting, in advance, the more common student errors. The Training tracks are very useful as is, but it’s too bad that more attention was not applied to this FB feature; it could have been an outstanding asset to an already remarkable game.