Community comments in the SimHQ OFF Forum indicates that the developers’ have dedicated a lot of effort improving on the flight models, yet again, incorporating new-found insights into the core-engine.

“Hellshade” commented, “Someone has done some incredible work getting the ‘feel’ of flight down perfect. Just watching them bank and turn looks more realistic than ever.”

“CaptSopwith” said, “The movement of the planes when dogfighting just look right — like something out of an air show or some rare WWI footage.”

What more can we possibly add, except that we long to take to the skies in WOFF. 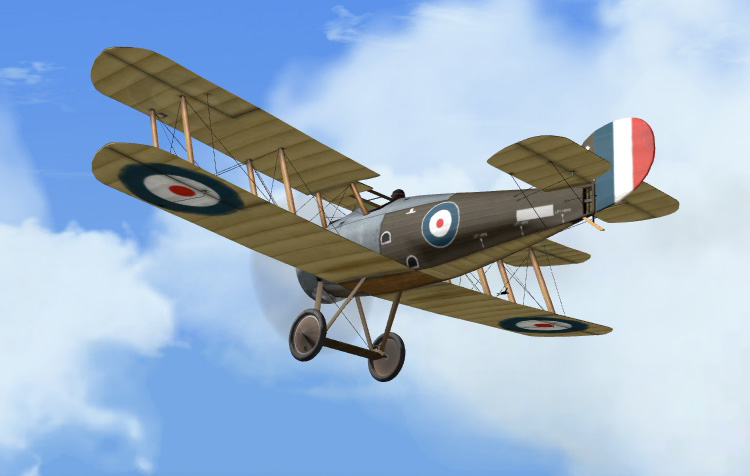 To escape the bonds of Earth

The damage modeling and code has been completely overhauled and replaced. Winding Man comments, “Everlasting flying flamers, although reduced in Phase 3, were a problem in the native CFS3 damage code.”

“Polovski” confirms that interior structures such as spars and struts have been added inside many aircraft and will form part of the damage model. When fabric is shot through the construction of the wing will reveal itself through the holes and will also be an integral part of the damage model. When a component is damaged, on fire and fails, that entire section of the aircraft will suffer.

In WOFF the aircraft will burn and then slowly disintegrate over time as the flames spread to critical components. The fire essentially spreads and causes critical failures in components such as wing spars, hence they break up.

The CFS3 instant death was also a hard code issue and is also overhauled. You can now stay in sim after crashing and watch the ensuing events around you. 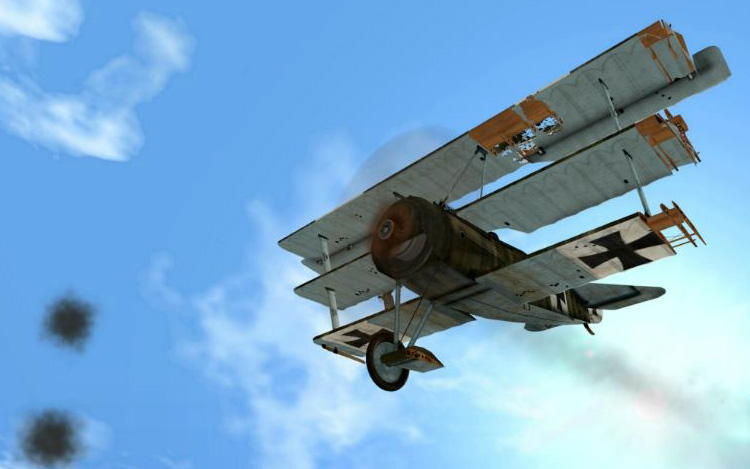 Bits and pieces are falling off my aeroplane! 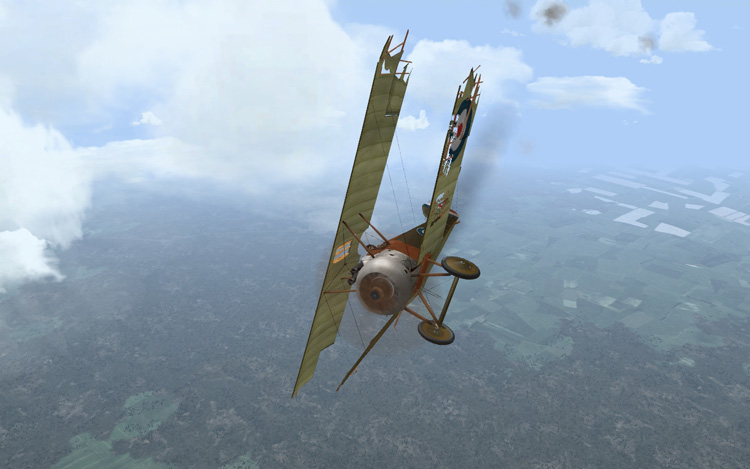 Now, can we please get some parachutes?

New AI with more skills, they will look and scan for real, and include many new features for example better formation flying, better WWI maneuvers, landing, take-off and dog fighting. This was a massive undertaking the results are more than worth it according to the developers.

The AI will have to deal with the same issues the player does, wind, fuel, weight.

New fully revised and improved scenery with carefully researched color hues for 5 main regions, England, Flanders, Verdun, Marne, Alsace, each with seasonal changes. New ground objects, including improved airfields and airfield buildings. And, I might add, trenches that reek of mud and cordite! 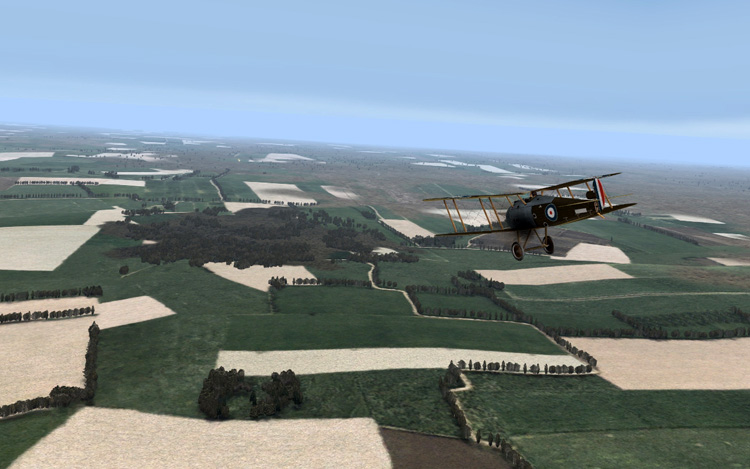 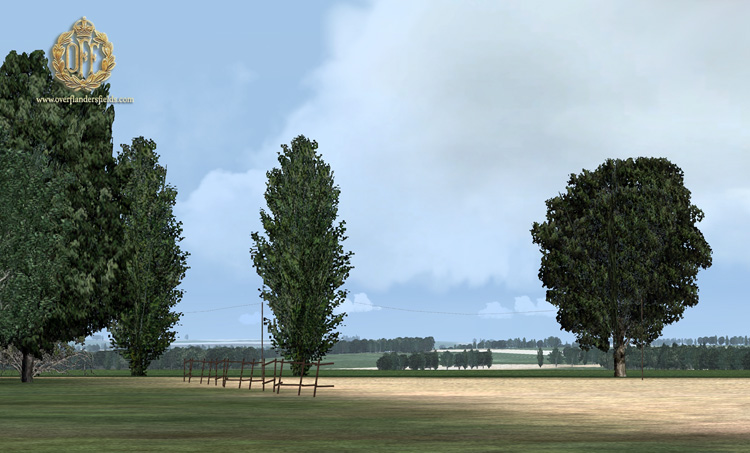 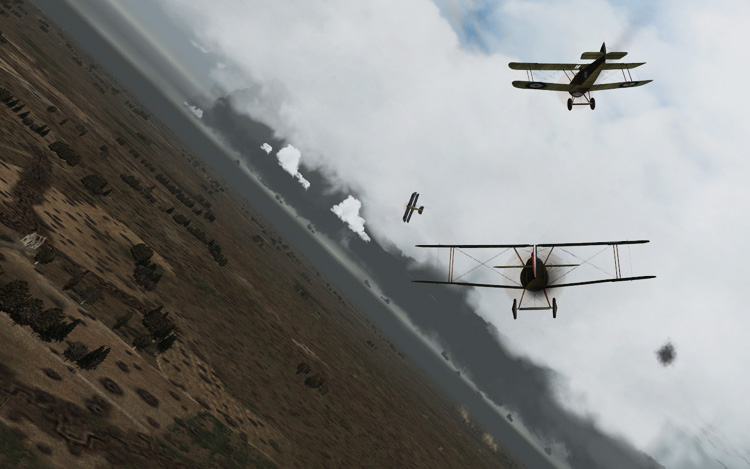 Bring your own goggles to “no mans land”

The requirements for Wings Over Flanders Fields has not been announced yet. Over Flanders Fields – Phase 3: Between Heaven and Hell requires either the CD or DVD version of Combat Flight Simulator 3. It allows you to install OFF without installing CFS3. The DVD version (published by Ubisoft) allows you to play without needing the CFS3 disk inserted.

Many more features are being added and will be revealed in future WOFF reports nearer to release, which we understand is some months away yet. In the meantime, here are a few more new images to savor… 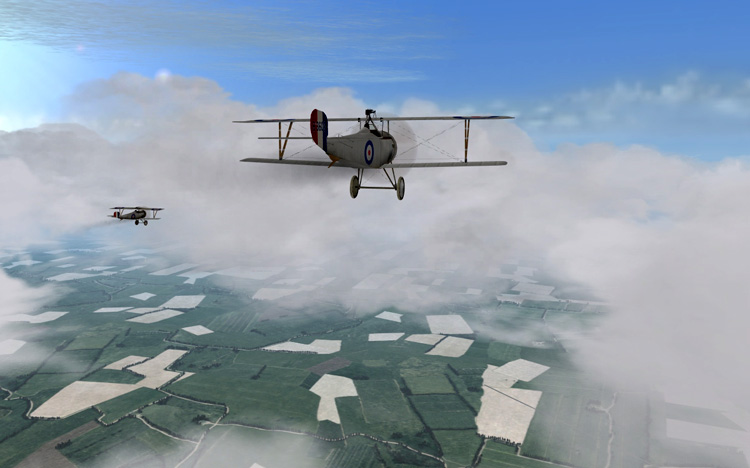 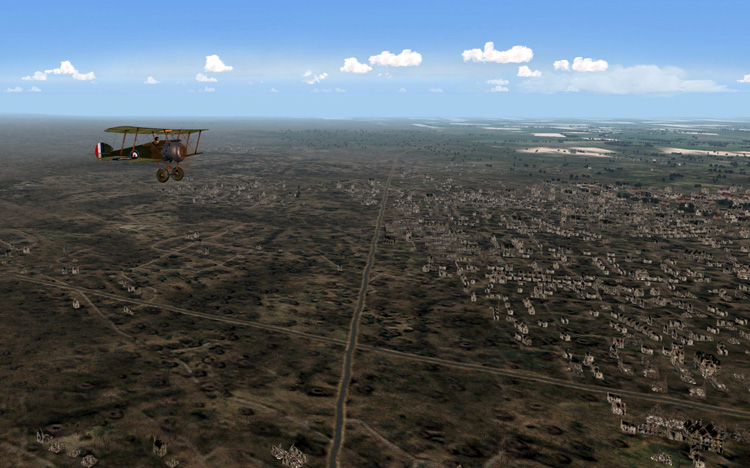 Camel over the front (damaged buildings) 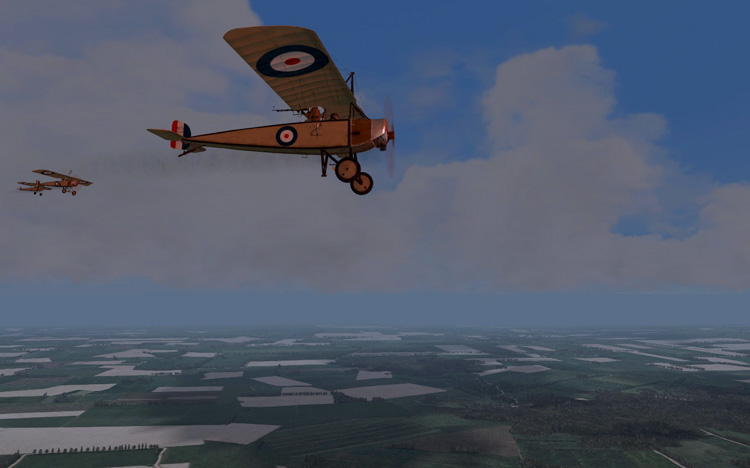