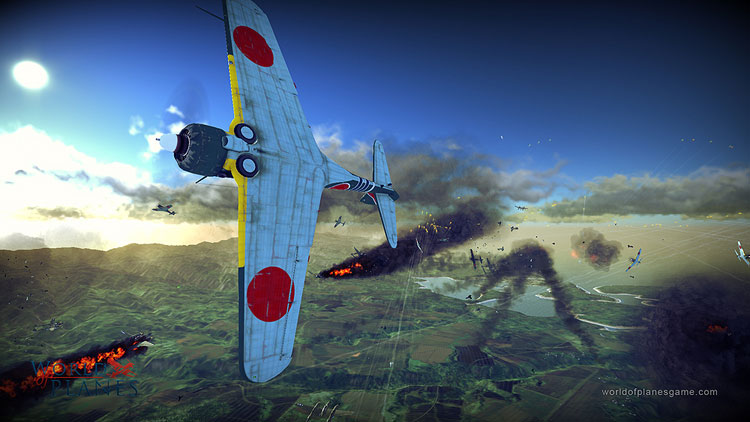 This has been a pretty good year for flight sim fans, and I know for a lot of us here at SimHQ, nothing gets our blood pumping like straight up flight combat!

Over the last few years, a small development house by the name of Gaijin Entertainment, has been creeping more and more into the flight combat gaming scene.

Gaijin’s first flight combat game was released in 2009 on console, and was titled, IL-2 Sturmovik: Birds of Prey. While BOP featured an arcade mode, it also featured a ‘light’ simulation mode, which was appreciated by the console community. For console gamers, it was the first time a flight simulation of WWII was released, to any degree, on a console system.

Not too long after Birds of Prey, Gaijin also released Wings of Prey for the PC. Both used the IL-2:1946 flight model code, and flight model data from the licensed Il2 4.0.5 flight model.

Wings of Prey on PC further expanded the simulation aspect, adding in some engine management, red outs and black outs, TrackIR support, and other features.

Gaijin stuck with continued development on Wings of Prey and released numerous patches for the game, a couple of which fixed the flight model characteristics for some of the aircrafts, enabling them to match real world specs. It’s this continued attention to detail that has kept myself, and many others, wondering…  What’s next for Gaijin Entertainment?

Well, wait no longer, because Gaijin is back at it again! 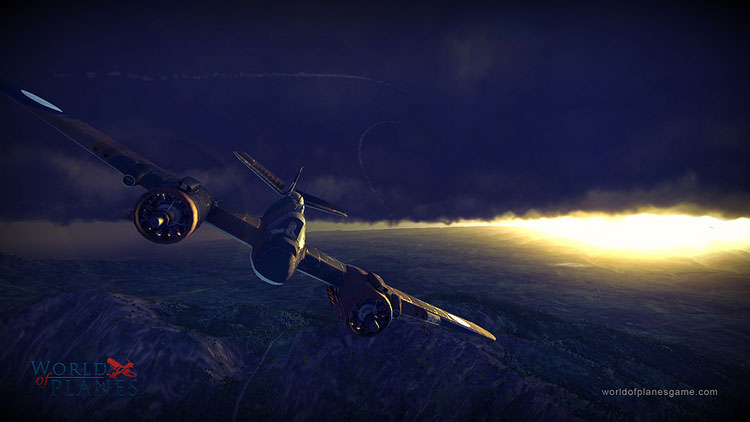 A few weeks ago, Gaijin made a very exciting announcement about their next game. The new game is called, World of Planes, which will be a WWII MMO!

We’ve also learned World of Planes is in development for both PC and MAC. Yes, MAC fans! You heard that correctly! This one will be released for the Mac also.

Some of you may remember that Gaijin mentioned World of Planes as an April Fool’s joke. However, much to the surprise of many, World of Planes is a real game, which has been secretly in development for a while now.

Here’s what we currently know about World of Planes and its features:

World of Planes will be a subscription free MMO set during World War II, and its main focus will, of course, be military aviation; Gaijin has stated players will also be exposed to combat on land and sea.

World of Planes boasts the ability to take part in all of the major WWII combat battles, while fighting against real players from around the world.

You’ll be able to play as a lone hero, join a squadron, create a clan, and battle it out over a highly detailed world.

Gaijin is using today’s satellite imagery in conjunction with real maps from the 1940s to recreate historically accurate landscapes for World of Planes.

They’ve also stated there will be hundreds of historically accurate aircrafts with detailed cockpits and the correct weaponry for each model of plane. These aircrafts come from both the allied and axis countries, including: Germany;  the USSR; Great Britain; Japan; and the USA.

Gaijin seems to also be stepping up ground activity in this game, and they stated the following: “Below you’ll see tanks, vehicles, artillery, ships, and even infantry.”

While we’ve seen WWII MMO games in the past, Gaijin’s World of Planes seems poised to take the concept to the next level in both graphics and depth of gameplay. 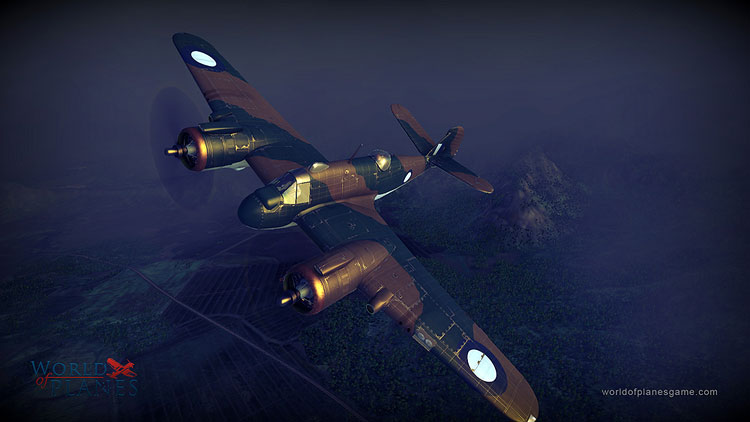