Brezhnev’s Back and He’s Brought the Politburo This Time 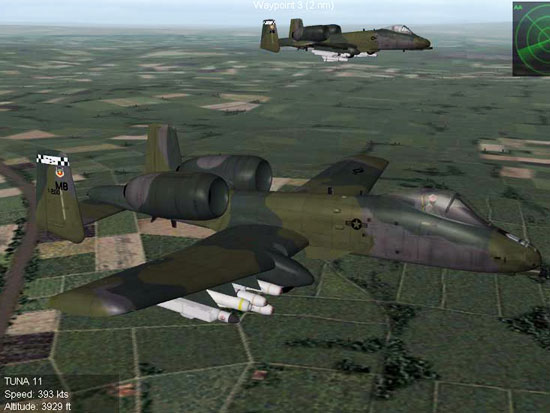 For some of us, our history with the Strike Fighters: Project 1 series goes back to the original, very first Wal-Mart release, known by most members of the SFP1 forums as ‘the debacle’. Though largely unfinished, what was striking was the rather beautiful cockpit modeling and the outside textures of you and your wingmen. They were absolutely stunning, containing a surprising amount of detail for something meant and intended for those of us intimidated by titles like Falcon 4.0 and Jane’s F/A-18.

This experience was horribly marred, however, by the very unfinished nature of the game itself. I distinctly remember the distance to targets being measured in feet, not miles and the enemy aircraft were gray and completely skinless, even after a nearly 50MB patch that was released to fix the problems.

This buggy, underdone ‘beta’ feel left many buyers with a horrible taste in their mouths, including several member of SimHQ’s staff. Many were put off by the fictional nations (where the hell is Dhimar?) and complained that they should have modeled Vietnam first, but this was solved with the release of Wings Over Vietnam, a release that still garners much attention and support to this day.

The SFP1 graphics engine and the releases that use it are the brainchild of one Tsuyoshi Kawahito (known by the entire community as ‘TK’), the mastermind behind European Air War, a World War Two flight simulator that to this day is remembered as possibly one of the most popular and most heavily used prop sims ever released. The ghosts of EAW can be felt in the work surrounding SFP1 as the two are very similar in their main purpose.

Neither were meant to be high-fidelity, hardcore simulators, or what some like to call ‘rivet counters’. Any complaining about “This isn’t what the (insert aircraft or weapon here) is supposed to do in real life” is really of little consequence. It was meant to be a simple-to-use, easy-to-learn simulator. The flight mechanics and avionics were brought down to a level that anyone can master in an afternoon, yet offers more to the virtual fighter pilot than Ace Combat 5. Anyone expecting Falcon 4.0-level simulation should go buy… well, Falcon 4.0.

This brings us to the latest release, Wings Over Europe: Cold War Gone Hot and the features it offers. Most of us lament the death of the House of Jane’s because of the loss of titles like Fighters Anthology and USAF. We’ll be the first to tell you that with this latest offering, you will swear they’ve returned with better graphics and gameplay. 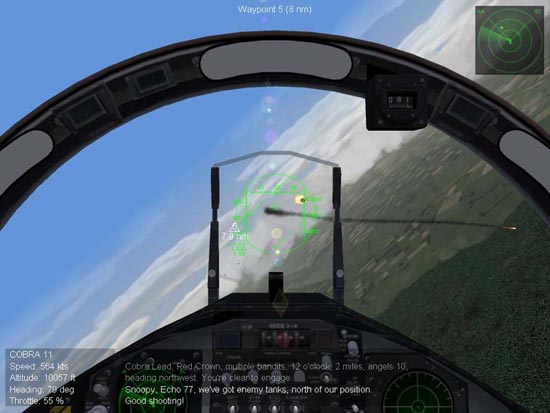