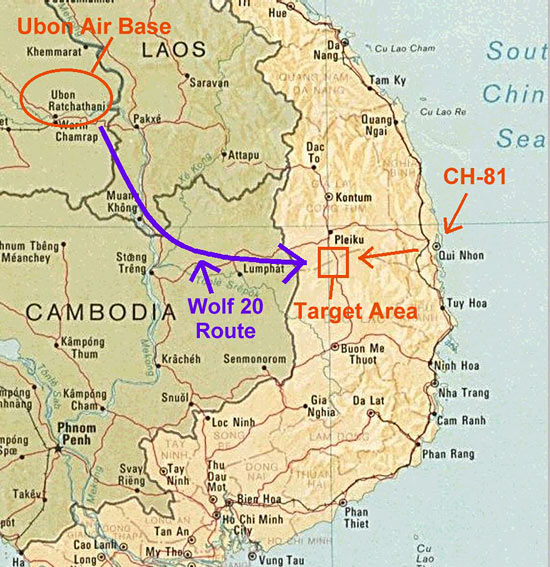 Nail 12 is the airborne FAC (Forward Air Controller, an OV-10 or O-2), and Button 5 is the radio frequency. This frequency would be printed on the freq card issued for that mission. 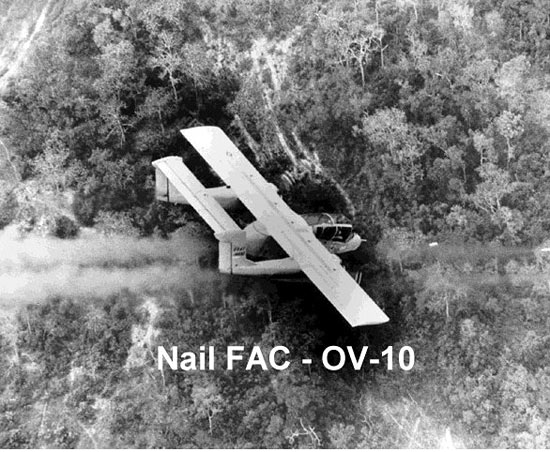 With info in hand, the flight leader uses his map and navigation instruments to compute a heading to fly to reach the target area. As the flight nears the target area, the lead calls for a “fence check” (fence check – cockpit check to make sure everything is set up for the attack). He sends the flight over to the FAC’s frequency, checks them in, and then contacts and authenticates the FAC. Nail 12 then says, “Glad to see you, Wolf. What’cha got and standby for words“. The FAC is asking for the flight’s weapons load and tells the lead to be ready for the FAC’s target briefing. The F-4 leader responds with “Wolf 20, four Fox 4s, six Mark 82 and four LAU-68 each, with full pistol. 30 minutes playtime“. This tells Cricket that the flight is four F-4s with six 500 # bombs and four 2.75” rocket pods apiece plus a 20mm cannon, and the flight can spend 30 minutes on target. Wolf lead adds, “Wolf, ready to copy”. The FAC’s target briefing will include the type of target, location of target, target elevation, known threats, position of friendlies, any delivery restrictions, and direction of best bail out areas. 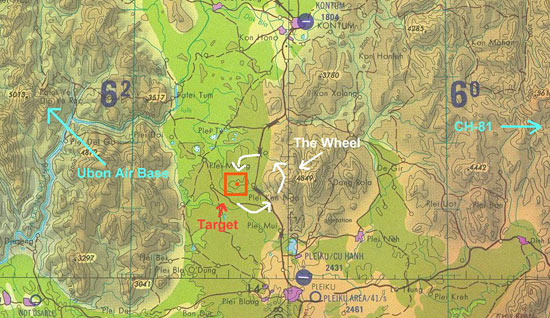 Close Up of Target Area