Of course, there were other kinds of gunships used in Vietnam. The concept of a helicopter gunship was developed in this war. Initially, the helos were Hueys with machine guns mounted in the cabin doors. The pilot did not have any control over the weapon…the gun was operated by a gunner in the cabin. 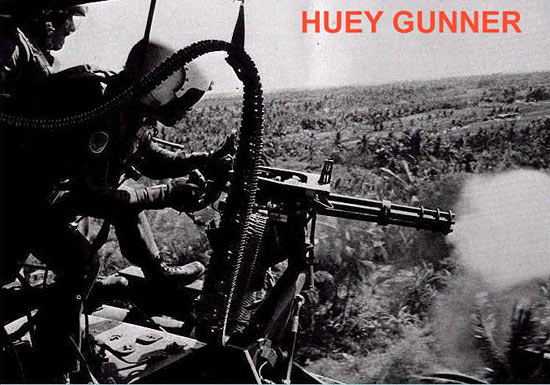 The helo gunship was quickly seen as an excellent means of providing CAS, and it was not long before rockets and machine guns were mounted to fire forwards, and this time it was the pilot that got the honors! The next logical step was the helo specifically designed for CAS. This produced the Huey Cobra. This first of a kind attack helo was armed with a variety of anti-armor and anti-personnel weapons and was well suited for close-in CAS operations. 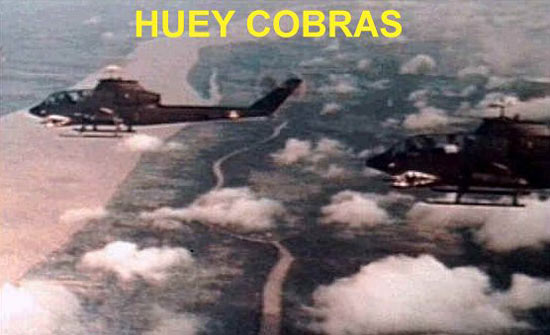 Before we move on to other types of CAS in SEA, I want to mention one last method of providing support to ground forces in South Vietnam. This method was very effective and was capable of bringing down some serious ordnance on the enemy. But this wasn’t modern aviation in action. Nope, it was the battlewagons of the US Navy! Cruisers and battleships were used to fire inland along the Vietnamese coast against Viet Cong positions. The ship’s fire was controlled by ground and air FACs, and the results were dramatic, to say the least. A battleship shell is about the same as a 2,000 lb bomb…it makes a big hole!!

Now we’ll wrap up our look at the 1965 – 1970 period by mentioning CAS operations that went on in areas other than South Vietnam. Let’s turn our attention to the Ho Chi Minh Trail and the Laotian/Cambodian covert air campaigns.

The Trail ran through a significant portion of both Laos and Cambodia. If the US were to attack the Trail effectively, then FAC assets would be required. But, Laos was a long way from the typical FAC base in South Vietnam. Something closer was needed. Laos was the obvious place to base these aircraft, but Laos was officially a ‘neutral’ country. The answer to this dilemma was a covert force of FACs based in Laos. This organization was known as the Ravens, and if there ever was an organization that was a legend in its own time, then the Ravens were it. 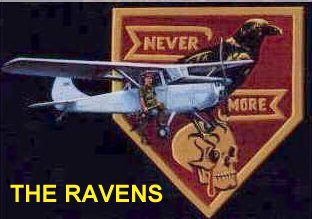 The outfit was made up of USAF personnel who were temporarily removed from active service and placed on voluntary ‘civilian’ status. The regular USAF assignment process identified pilots and support personnel and would ask them if they wanted to volunteer for special duty in a manner and place that would be only made known later. Needless to say, this attracted a group of rather ‘unique’ individuals, true soldiers of fortune. They flew O-1s, U-17s, and T-28s and worked closely with the Royal Laotian Air Force as ‘advisors.’ 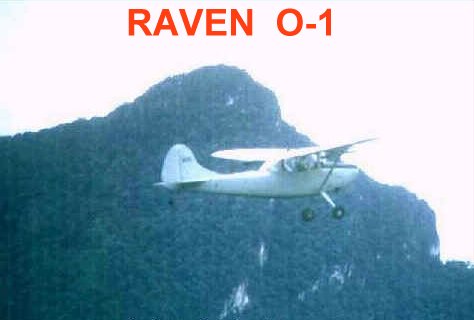