SimHQ and its readers recognize that with the highs come the lows. We witnessed some disappointing losses among our own community. Nic Cole, the man behind the Lock On: Modern Air Combat special-bound manual, died tragically in an accident in January of this year. The air combat simulation community also suffered another tragic loss when Nels “Dan” Niemi, a member of the San Leandro Police Department and avid flight simulation fan, was killed in the line of duty. Also lost this year was longtime Falcon 4 fan Steve Shepherd while serving his country flying his Apache in Iraq. While we mourn for the loss of any of the Coalition soldiers, it hits especially hard when it is one of our own ‘family’.

Motorsports fans watched with sorrow as Markko Martin’s co-driver Michael Park was killed in a tragic accident in Stage 15 of the Wales Rally. They were dealt another blow as we all watched with heavy hearts when Richard Burns lost his brave fight with cancer. SimHQ offers its sincere condolences to these families and recognizes the impact these young men had on racing and the motorsports simulation genre. They will be sorely missed. 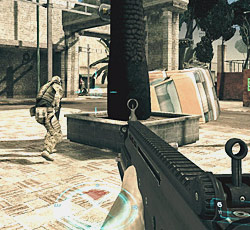 Next year promises to be as fascinating as this one. The Rolling Stones will be the halftime entertainment for Super Bowl XL, which in itself is fascinating. Think about it, in the last three or four years, we’ve seen Paul McCartney twice, Aerosmith once, and Janet Jackson’s “wardrobe malfunction” (and once is enough). We’re sorry, but that’s more relics on display than in the Smithsonian. What will be truly the most interesting is to see if Keith Richards is still as well-preserved by Jack Daniels.

With the impending release of the Playstation 3, the gaming industry will continue to gravitate to console gaming by all accounts and many feel that online distribution will be the future for PC gaming. What most of us fear is our hobby becoming even further marginalized as a ‘niche within a niche’. Bleeding edge hardware will continue to get more and more expensive, which will very likely be a deciding factor on what platform gamers will choose to have in their house. Granted, PCs have the deciding edge on versatility, and PC hardware is already beginning to pull ahead of the Xbox 360’s processing power, but at the cost of a home equity loan. For some, there has been a solemn vow to cease purchases of new computer upgrades as the cost has become prohibitive.

With new titles springing up all the time, it would seem that the words of Twain about a death greatly exaggerated have some truth to them. Ghost Recon: Advanced Warfighter, Fighter Ops; these are just a couple of the big-name titles we’re waiting on next year. Tsuyoshi Kawahito of Third Wire has plans for more World War I gaming goodness. A tour of the South Pacific in Silent Hunter IV should be fun and Whirlwind of Vietnam looks promising as does P.T. Boats – Knights of the Sea. Watch for netKar PRO to keep the sim racers happy and we can expect WWII:RTS to make it’s debut. For tactical squad fans there’s Armed Assault and a new America’s Army. The future is not as bleak as some think, and there is little reason to break out the ashes and sackcloth yet, although some of us could do with some fasting. We even had a roundtable discussion this year among our staff, as well as developers in the simulation industry, about the future of PC simulations. Most people agreed that console computing power is fast approaching the needs of a high-fidelity simulation. 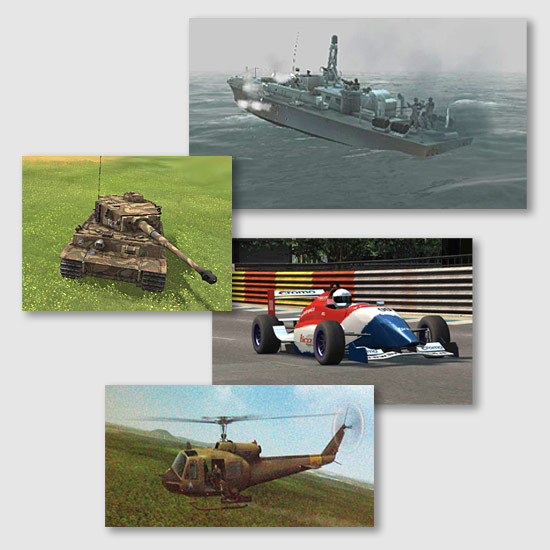 The web site itself went through some changes this year, too. The forums themselves got software upgrades that caused members across the world to experience a few days of withdrawals as the site was temporarily down. We have it on good authority that the transition went (almost) painlessly and that 20mm’s wife only had to talk him off the balcony once. The process involved totally wiping the message boards clean, putting down the new files and then dropping the saved posts on top of them. Sounds more like Doug put down a new kitchen floor, doesn’t it?

Members took more of an active role in how the site was presented this year, too. From new articles and features to calendars, members got to exercise their creative talents and bring new content and a fresh perspective to SimHQ and the results are for the better.

We also saw the member feedback poll this year that gave all the registered members a chance to voice their opinion on the state of the site itself and suggest changes for the coming new year. We kept having the same write-in request; “Can you do something about that Tom Selleck look-alike you have in here?”

Like this past year, SimHQ is threatening to send the Roadshow Crew to L.A. for the E3 shindig again in 2006. Listen for the cash-register sounds coming from divorce lawyers as the Wild Bunch attempts to discover just how much (or how little) material the booth babes’ costumes are made of. We just hope that a certain game publisher doesn’t remember our faces while we’re there. After being asked to cease and desist promoting a mod we weren’t promoting (but they were), we’d hate to have to ask on behalf of our nearly 27,000 members: “Huh?”

2005 was a wild ride for most of us and now if you’ll excuse us, we’re going to go look for a Bloody Mary and a Tylenol.

SimHQ Reader’s Poll: What’s the best in sims 2005? You tell us! Add your vote and comments here.