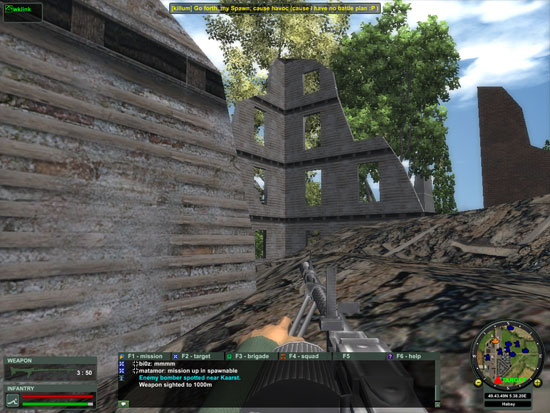 Graphically the game is improved although it still lags behind more modern games. Some of this is of course related to the overall size of the game environment as well as the original basis of this game-as a downloadable title. At the same time the download footprint has reached a level where it rivals traditional box games in size. This causes another problem: the download footprint is too large for non high speed connections.

The terrain in the game could be classified as ‘not bad’ by most definitions. What does that mean?  Well it basically means that while the terrain isn’t as detailed as games like Red Orchestra it does essentially what it means to do; it renders the fields and forests of northern Europe. In general the terrain lacks the variety and level of detail of dedicated box simulations but the sense of openness overcomes this deficiency. There are some very nice features in the game. For instance the movement of the trees is very nicely done. Grass, something missing from the first versions of the game, continues to improve and provides cover for both yourself and for the enemy. Bushes still need to be redone but I am assuming that this is on the list of things to improve. 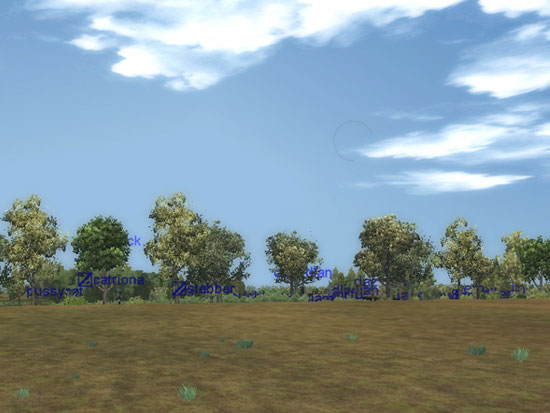 The biggest problem with the terrain graphics in Battleground Europe is the relative sterility of the terrain, especially in urban environments. Cities are barren, no furniture, no wrecked cars, and no real rubble. The terrain around the cities is just as sterile, no fences, no farmhouses, no real crops or animals. I am not suggesting that there need to be a full blown AI civilian presence in the game but it would be nice to see something that gives you the impression that someone just bugged out.

Believe it or not but the terrain appears best from the air. From five thousand feet you will find the terrain to be among the best in the industry. Fields and forests look right and the vehicles you see scurrying around on the ground look like what they should. In addition CRS has setup an icon system which to me is among the best in any game. Enemy ground objects are not rendered by any kind of icon. This means that you have to look and make the enemy out. Air units are rendered by an icon that at first starts out gray and then becomes red (or blue for friendly) with a circle around it that slowly retracts as you get closer to the enemy object. Instead of seeing a distance reading you get a general idea how far behind the enemy you are. Ground forces can see air units but air units cannot see enemy ground unit icons.

The air graphics aren’t perfect; there are two major things wrong with the effects in the game. The first is the cloud effects, which to me are fairly weak. There is a cloud layer that can be found in the game, and it does affect bombing accuracy but there are not individual clouds unlike games like IL2: FB or even Aces High II(although to be fair you rarely see them in that game these days). In fact, you will never see a cloudy day inBattleground Europe, something that has bugged me from the beginning. The other problem lies in the view distances or the fogging that you see in the game. Other games have it I know but it would be nice if the fogging effect was less while in the air. I would compare the distances to the same ones you see in Operation Flashpoint. It isn’t bad if you are flying a slow old Stuka but the faster you go the more apparent the problem is. 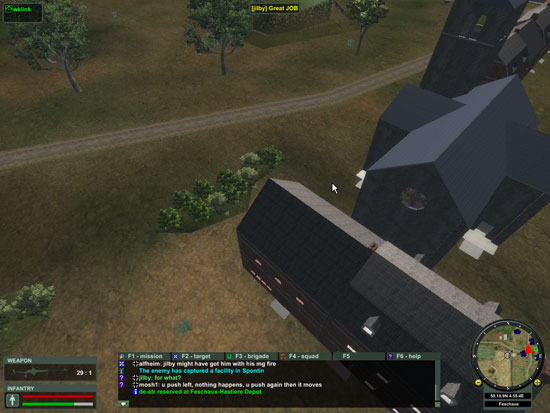