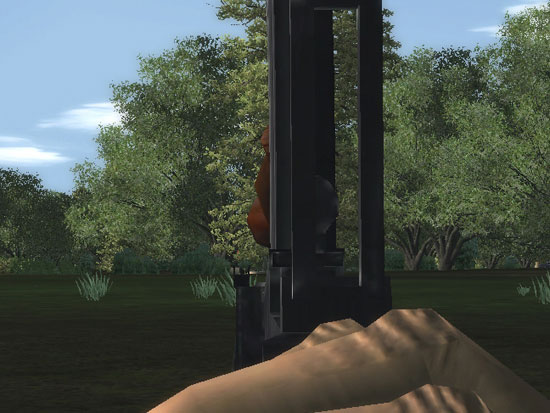 As most folks would hopefully know by now Battleground Europe is an online only game. That means essentially that there is little AI presence in the game. There are no bots in the game, every soldier, tank, aircraft and ship is being run by a real live human being. This is a good thing and a bad thing at times.

In essence CRS wanted WW2 Online to be more than just a simulation of a battle or battles. What they wanted was for this to be an online role playing game, really the only one of its kind. In other online games, likeWarbirds or Fighter Ace you essentially fly and gain kills or experience. In WW2 Online, and now Battleground Europe instead you ‘enlist’ in a branch of service and gain rank with levels of experience. What this is supposed to do is increase the immersion for the player and create the feeling of being part of a big war.

Does the game really do this?  My opinions are mixed. Part of my problem with some aspects of the game lies in my former military background. Just like a military movie where the uniform is not quite right or the ‘Tigers’ are really M48s, there are parts of the game that just don’t ring true.

The game comes with a large variety of weapons, vehicles, ships and aircraft. I will generally concentrate on the vehicle and infantry portion of the game because it is what I am most familiar with. If one of our air goblins that play the game wants to do a write-up on the air aspect of the game I will certainly give it a look over and a write-up. The reasons that I never got into the flight sim component of the game relates back to a time when the setup of the game was much more difficult. I had so much trouble getting my CH stuff to work with the game that I finally gave up. Since I have one of a half a dozen games that I fly in I never felt the desire to go back to flying inBattleground Europe. You will find that most people will fall into one or two different branches or types. Some prefer infantry, some armor, some aircraft, and some naval units.

The game has slowly expanded the vehicle, infantry and aircraft plane set from the original game. As many remember the game originally was supposed to be a representation of the combat which occurred in May of 1940 using period weapons. In the beginning it was Char1Bs and Crusaders vs. PzKw IIIFs. Today there are a variety of armored vehicles available to include US produced M4 Shermans and M10s. The equipment set has in fact advanced well into late 1942/early 43 with P-38s, Spitfire IXs and FW 190’s rounding out the air component of the game. 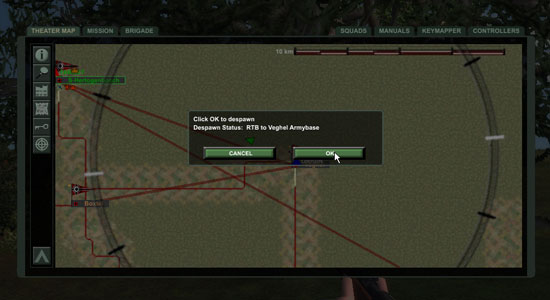 CRS has done a fairly good job with the brigade spawning system. I know there are folks out there that are still less than enthused with this system but to me it works fairly well. Simply put, a player selects which side he or she wants to fight for. The he/she selects which branch (ground, naval or air). After that the player is brought to a brigade selection screen. A person can play for any brigade or can switch. I have found is that most players will associate themselves with one particular brigade and will stick with that one. Most squads have wholesale associated themselves with one or sometimes two particular brigades. Selection of brigade affiliation will bring you to a screen to select which particular battle you want to jump into. The brigade selection screen includes notations of which brigades are heavily involved and which ones aren’t so you won’t have to jump into the game and just sit around. This is very helpful and a major improvement over the old system of search until you find a battle.

Essentially the game is one huge capture the flag exercise, although it is done over an entire map. The game has three main areas of spawnage for players. Cities have spawn points that can be captured and later used by enemy forces. These have been around since the beginning of the game and are made up of smaller infantry only spawn points and large fortified points that spawn armored, AA, AT, and truck formations.

The folks that have been away from the game for a long time will find two additions to the old spawn system. Spawn points have been added and positioned strategically between towns. This cuts down on the amount of time needed to transition from town to town. These points can produce armor or infantry forces and are destroyable. Sappers, an infantry type added early in the games life, have the capability to destroy buildings in these spawn points as well as to destroy armor. Another recent addition are mobile spawn points that allow players to create spawnable locations using vehicles in the game. Only infantry types can spawn from these points but what it does is allow infantry forces to rapidly spawn near an enemy position. Be careful though because the point is just a truck and can be destroyed.

I guess there is another way to spawn, well sort of. A while back CRS thought the idea of paratroops would be cool and came up with air-droppable infantry. Rarely seen, there is a chance of being involved on a parachute drop. However, the airborne operations in this game require coordination with ground forces to pull off an Arnhem type of operation, something that probably just isn’t possible in a video game. 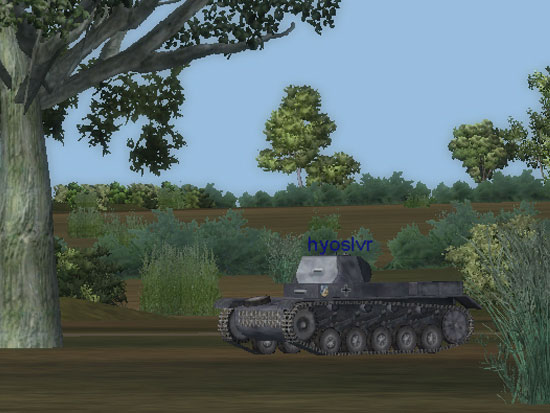