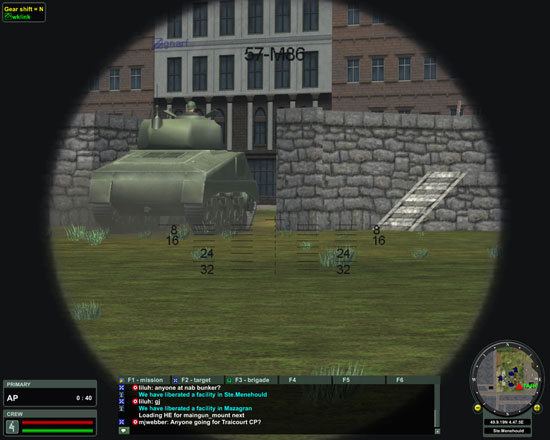 In 1940 the Allies and Germany were fairly evenly matched as far as equipment went. By 1943 German armor generally was considered much higher in quality over their Western Allied counterparts although Germany could never even hope to keep up with the Allies as far as production was concerned. In 1940 there was no superiority as far as the Wehrmacht was concerned.

Optics in the game are rendered in a fairly accurate manner, and all armored vehicles are multicrewable. While I don’t see a lot of people multicrewing tanks, in reality you will be much more effective if you have someone drive while you gun or vice versa. It is especially helpful in aircraft or for recon vehicles. It would be nice if this catches on more since it is available for players.

Rendering of Infantry and Their Tactics

The infantry is the meat and potatoes of the game. My opinions of the rendering of infantry and their tactics are somewhat mixed: Infantry animations are ok, as said before, and are being updated. Ballistics with rifles is modeled very well and to get a kill you have to take target range and movement into consideration. There is no easy kill in this game. Rifle scopes look realistic and the view you get looks pretty close to what you will get with a real rifle.

There are three different positions for infantry, prone, kneeling and standing. Of course the speed you move is based upon the position you are in. Running is possible from every position and your stamina drops as you run. One feature that should be available is the ability to increase your stamina. Essentially everyone is in the same level of shape but it would be nice if some folks could improve running ability with a rifle vs. strength for extra stamina moving with heavy objects like machine guns. As it is, you simply run out of stamina and start walking. 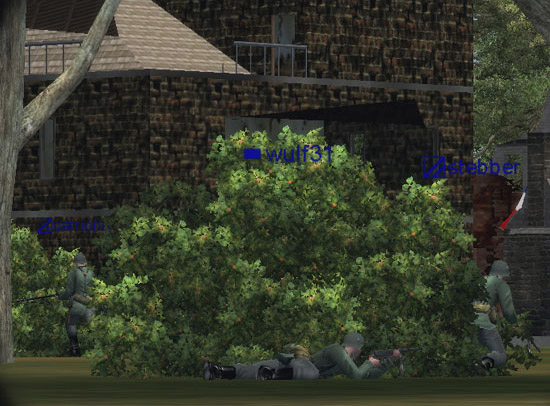 Infantry types have evolved and gone are the days when infantry forces were nothing more than cannon fodder for enemy tanks. I remember the initial days of this game when tanks could essentially run through a town with complete impunity unless someone was lucky enough to field an AT rifle against them. Now infantry types include sappers and AT riflemen. Sappers can destroy a tank by running up to it and placing a satchel charge against the side of the tank. Yes it is dangerous to charge a tank but remember that a tank isn’t all seeing and by waiting and sneaking up on the vehicle you can blow the enemy tank without getting hurt. AT rifles are just like their historical counterparts, effective against light scout cars and maybe a light tank but worthless against anything more. Bazookas, Piats and Panzerfausts/Panzershreks haven’t made it into the game yet.

Ground troopers have the ability to jump into an armored vehicle or can take on the enemy as a ground pounder. Depending on the timeframe of the battle, you have the ability to fight in some really unique weapons. One of the really cool things about WW2 Online when it originally was released was the ability to drive and fight with weapons that had never been modeled in any other simulation. Some of the more interesting vehicles found in the game are the Hotchkiss H35 PzKw 38t and A-13, all light to medium tanks that you rarely find in any other simulation. This is one of the better reasons to play this game.

Machine gunners can use light machine guns and grenadiers can fire rifle grenades. Although used less regularly, the grenadiers can be used as a poor mans artillery, softening up enemy positions while the regular infantry attack. Machine guns are of the light MG 34/Bren gun type. Heavy machine guns like the 50 cal or MG 42 have not made it into the game yet. Since these are really crew served weapons, this would require teams of two to actually put them into service and I am not sure how that would work in the game. 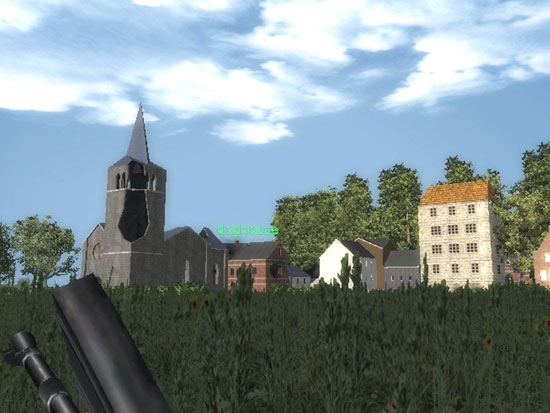