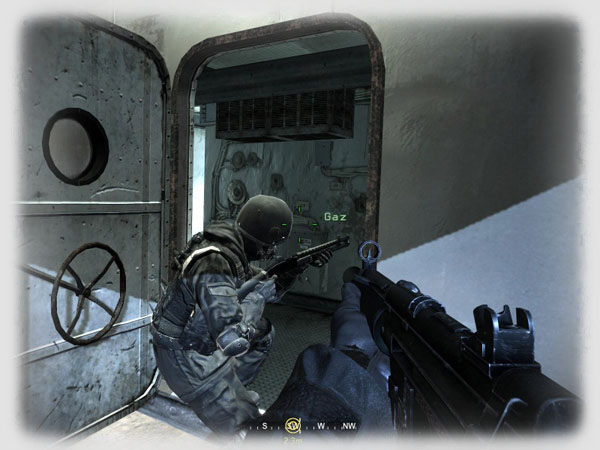 Once in a while a computer game comes out that becomes a classic. Examples like Falcon 3, Longbow 2, Janes F15, or maybe Counterstrike, Rainbow Six, Ghost Recon, or even Diablo. All classics in their own right.

There are games that should have never seen the light of day. If they were purchased, they were played for a day or two, then forgotten.

Then there are games that will not be considered a classic, are worth playing once or twice, or more if you’re really into it. Call of Duty 4: Modern Warfare is that type of game. Just like the original Call of Duty, as a computer gamer you owe it to yourself to play it at least one time. If you don’t, you will never really understand what the excitement was about.

Call of Duty 4: Modern Warfare, or CoD4, is another follow up of the highly respected and enjoyable Call of Duty series. The big difference here, it is based on current times, current conflicts, current weapons, and current equipment. Infinity Ward, the original Call of Duty developers have returned with a knock out game straight from the history books and into the current events files.

CoD4 is what we gamers call a “run and gun” type of first person shooter, but don’t let that scare you. There are plenty of missions and times when running and gunning will get you killed in a hurry, and there is more to the game than running, gunning and bunny hopping. 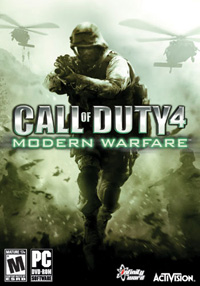 You got three choices how to purchase this game, in addition to the choices of getting it for the Xbox 360 and Playstation3.

You can buy it as a digital download from Steam and Direct2Drive. You can buy the standard boxed store version, or the “Limited Collector’s Edition” for an extra $10 USD.

The standard version gives you the same as the download except for a DVD and printed manual.

The collector’s edition gives you a digital download of the Brady Games Official Strategy Guide, which is actually pretty nice, and filled with a lot of information. It’s a 50MB download, so that goes to show you how big it is. You also get an “exclusive hardcover art book”, which is a book with a Bunch of CoD4 post card type pictures.

The included “manual” is a 9-page pamphlet covering the basics of installing, running, and playing the game. But it’s not like you need more info gameplay wise. However, more info on multiplayer and the game modes would be nice to know.

The disk version comes on one DVD in a nice plastic case. Its install footprint is 6.19GBs. It comes with a serial number key code. You must have the DVD in your drive to play the single player mode, but do not need it for multiplayer. It will check your serial number before connecting to any server though.

Installation went without problems, and went smoothly. It was a longer than usual installation time because of the amount of data to copy to the hard drive.

The minimum system requirements are: