It’s all very intense but also scripted as usual in the Call of Duty series. There’s chaos and mayhem in the game and even the presence of friendly troops not attached to your team gives you the feeling of being part of a big campaign with helicopters and tanks all over the place. You’ll get a nice mix of urban and outdoor settings and they are more polished and detailed then in the previous games. 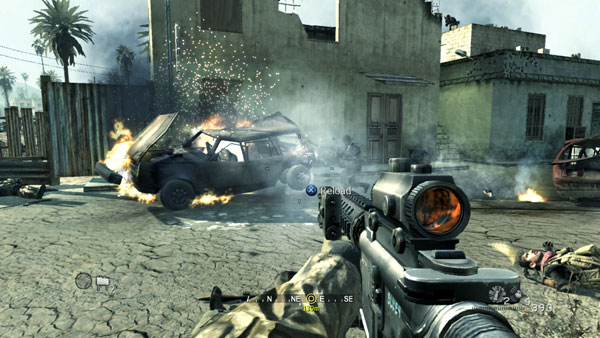 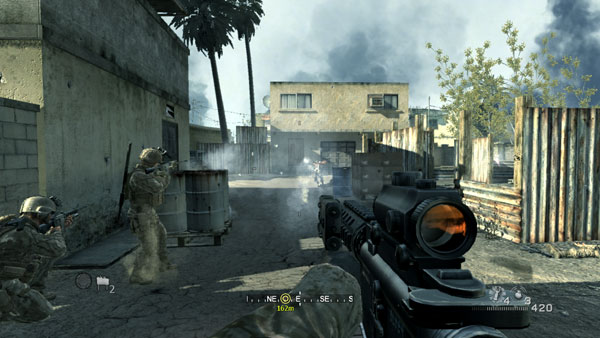 The combat is intense due to the huge number of enemies (you have to advance forward to stop the enemy from spawning as usual in the CoD-series), they are smarter, but there will be moments of stupidity as they get stuck or just waiting to be shot at, but they’re resourceful and will use everything from AK’s to RPG’s to flush you out from hiding. And if you don’t flank the enemy, they will flank you. They will also use dogs, fearless buggers that will rush you, so act quickly or they will rip your throat out. It’s a linear shooter, a corridor shooter as the other Call of Duty’s have been, but there are different paths to take to give you the opportunity to flank the enemy. But you shouldn’t go on as Rambo, especially on the higher difficulties as you will die quickly. Stick with your AI mates as they know what they are doing. As per standard of today’s games, there are no med kits lying around, so you’ll need to find cover fast to get the health back. Oh, but be careful, walls and what-not will not necessarily stop bullets now as the engine takes into account such things as surface type and thickness, and certain objects will be destructible such as cars, wooden fences and walls.

It looks and sounds impressive. The graphics have all the bells and whistles of “next-gen”, and on a 5.1 surround system it’s a very impressive game when bullets and RPG’s fly-by as you battle your way through the game. The game engine is a proprietary engine with true world-dynamic lightning, bloom effects, dynamic shadows and depth-of-field and running smooth at 60 frames per second. Did I say it looks great? Your team-mates chatter away as it was established in CoD 2 and does so appropriately, calling out targets, reporting when they are tossing grenades and when targets go down. I also enjoy the score, it’s produced by Harry Gregson-Williams and composed by Stephen Barton, and unlike previous Call of Duty scores, this score is very gritty and modern, and sometimes with a Black Hawk Down feel to it. It makes the game feel even more cinematic if you happen to hear it, because the combat is loud. 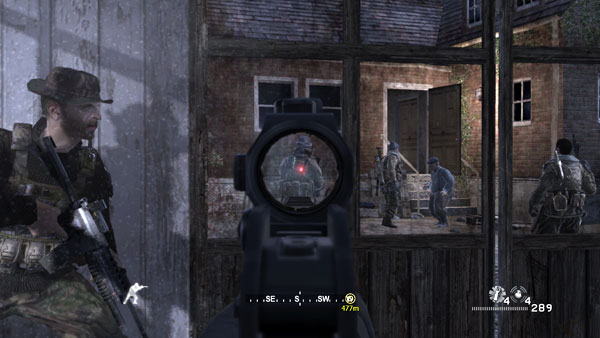