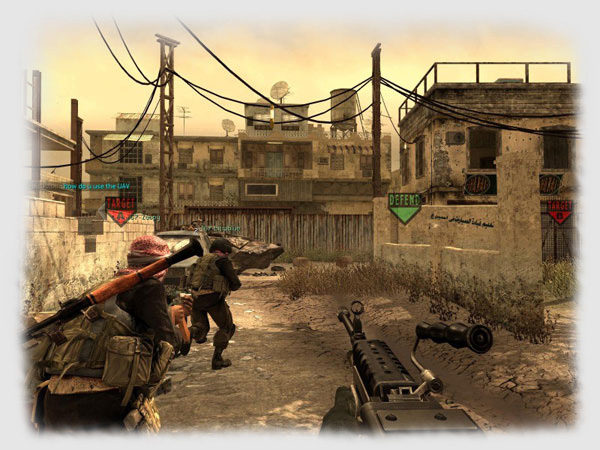 I bought both versions of CoD4, the PC version, for this review and my excellent system, and the Xbox 360 version because frankly the console has the PC beat when it comes to multiplay. Built in comms in every game, no IP discussions, or connection issues. On the 360 you simply connect to a game, connect to a friend’s game, or start your own public or private server. It’s just so simple when it comes to the latest consoles.

There are reports of major connection problems with the PC version of CoD4 multiplayer, and I’ve experienced them myself. The master list has bugs, putting up your own server, whether dedicated or not, has bugs, and connecting to a server has bugs. When it does work, it is fantastic and everything works great.

But currently to connect to a server, you got to keep refreshing till you finally see it listed, hopefully add it to your favorites, but no guarantee that you’ll see it again. Then if you do see it, you’ll get a connection timeout 9 out of 10 times. You got to just keep trying till finally it works.

Infinity Wards is aware of this and said to be working to address it. It takes an average of 15 minutes to join one of my friends or our own server.

Multiplayer for the PC is the exact same as the console version. Same maps —12 of them. Same game modes — 10 of those, Same character building, character perks, and promotions based on points. 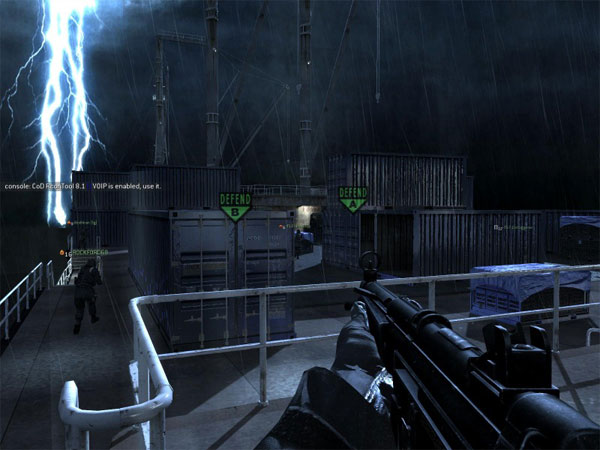 The multiplayer is fast and furious, with up to 24 players on the PC servers in small maps. In my opinion I would have liked to see the multiplayer maps bigger to allow for more tactics and teamwork.

But the game play is fantastic. You gain points for mission objectives, kills, and wins and then you move up a long ladder of promotions. You also have special challenges you unlock like shooting down a helicopter. You get to build your own characters by unlocking weapons and equipment then creating your own character. I have a close quarter’s character with an MP5 and flash bangs for, well, close quarters fighting. Then I have a M16A3 with an ACOG, and smoke for long distance. And then a SAW for when I want to rock and roll.

You also unlock perks that you can apply to your character like better accuracy, better fitness, eavesdropping, (where you can listen in on your enemies team in game VOIP comms). There are also some that I’m not too fond of like the last stand, where after I shoot you with my SAW machine gun for about 20 or so rounds, you fall down and get to pull out your pistol for a final shot of your own. Or the crap a grenade martyr perk, where when you die you automatically drop a frag grenade.

And yes, as I stated earlier there is in-game VOIP comms. It works pretty well.

Multiplayer, though more of a “run and gun” than the single player campaign, is still a lot of fun, and has depth. Infinity Ward did an excellent job with the multiplayer game play mode itself. Now they need to fix the server connection issues.

Also, there are 6 different modes of play for multiplayer, along with 15 maps. And of course options to make the online play harder or easier with a “hardcore” mode and an “old school” mode. 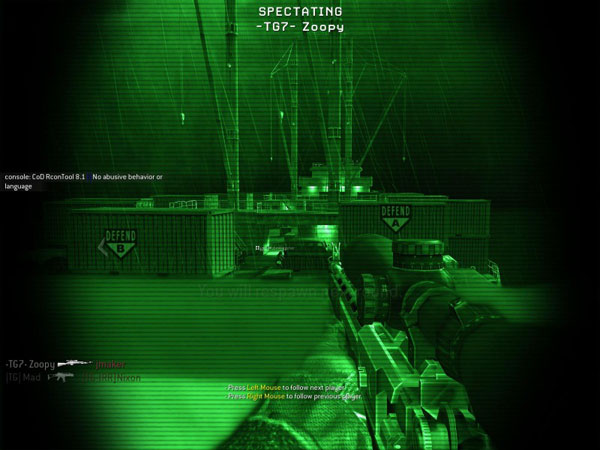