Multiplayer, for most gamers, is the heart and soul of this game. Multiplayer in Call of Duty: Modern Warfare 2 is pretty much the same thing as the previous one (except for the absence of the dedicated server) but greatly improved, and more features, points, and weapons.

Options are the key here. You still have normal and hardcore modes for all the types of game play. You have eight different game modes, from the basic death match and team death match to the more advanced, domination and sabotage.

You still have the ability to create classes, and with all the new perks and bonus slots, along with a ton of weapon options, and the choice of carrying duel weapons, quite a number of specialized character layouts can be made.

You have the kill streak awards, but they have been improved. You get the usual UAV for three kills, then a sentry gun, then an air attack, then a AC-130 option, which is great for clearing paths for flag runners in capture-the-flag games.

If you’re like me and get more death streaks than kill streaks, you’ll get awards for that. Lucky you (and me). The drop a grenade when you die is gone from the kill streaks but back with a death streak; die four times and you’ll poop a grenade on your next death. But only once. Steal a class, or gain a health boost. It’s all made to balance and help out those of us with slow reflexes that are multi-death players. 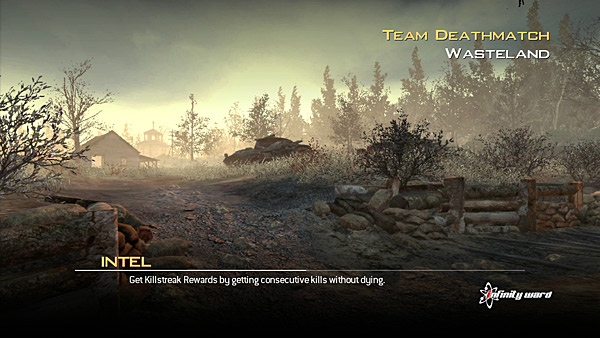 Multiplayer is pretty much the same thing as the last one. Just more options and choices. Multiplayer for these types of games is fun, and a change of pace from our usual ArmA2 methodical and exacting tactical game play. But after three to six months, when everyone knows the ins and outs of all the maps, and all the tricks of multiplayer have been discovered, it gets old and we tactical gamers move on. But for the players who like this kind of fast paced action, there is none better.

The decision to reduce the number of players to 18… 9 vs 9, sure didn’t sit well with a lot of gamers. I can understand their point of view, but for me, I prefer the smaller force-on-force numbers. It makes the game a little more tactical, and gives more room for maneuvering and flanking.

The decision to drop the dedicated server software was a bad move. I personally don’t have a use for it, but I do know a lot of friends and gaming groups that do. It left multiplayer CoD PC communities high-and-dry and the shouting hasn’t stopped yet.

But there are still other designed-in problems with Multiplayer. You can form a party, and the party will join on one side of a match. But if your party is too big, it will split you up and fill in the server. On some game mode types, like Seek & Destroy, only 6 vs 6 players are inexplicably permitted instead of the 9 vs 9. You can also create a private match, but then your online character won’t level up or unlock perks.

Based on certain decisions made for this game, mainly the ones for PC gamers and gaming groups, Activision has become —in my opinion and many of my friends’ opinions — the “bad” publisher. Activision has taken the roll from EA, who have seemed to recently clean-up their act and have started to remember exactly who is buying these games, and why.

A screenshow from different multiplayer gaming modes is here.

The ending credits are great fun. Now that may sound funny but they are an unexpected treat. Don’t close the game at finish and miss the show within a show! 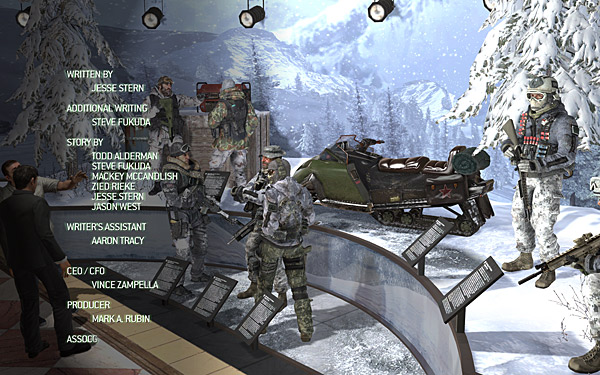