“The Natural Order of Realistic Gameplay” is a term coined by “Hatchetforce”. He is a soon-to-be retired Special Forces Operator, and is working with John Sonedecker on Ground Branch. You could define NORG as a doctrine or concept for making realistic tac-sim games, but it’s first and foremost a state of mind for developers. The idea is to use the real world as a template for your game. You can read more about the NORG term and explanation by signing up at the BlackFoot Studios forums. 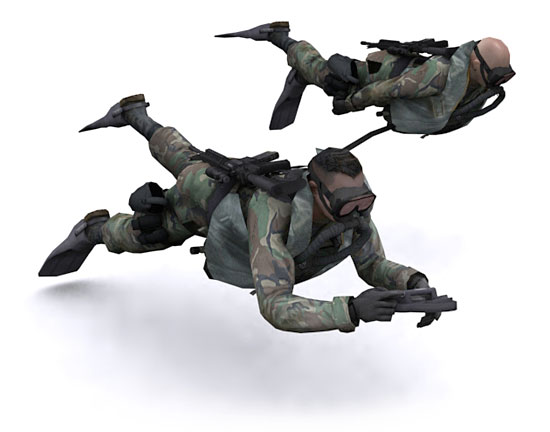 About Ground Branch, the game

The first game that BlackFoot Studios will develop on their own is Ground Branch. There’s not too much known about it yet, due to the fact that the search for a publisher is still in progress, and they can’t release too much information at this time. But from what I’ve read from the BFS forums, and newsletters, just imagine every true tactical game you’ve played, take out the best parts and put them all together presented in a game with beautiful graphics effects and great sounds. We’re talking real world locations, real world weapons, and real world equipment. We’re talking a single player campaign, many multiplayer modes, including the long desired cooperative mode.

You can read about the Ground Branch Synopsis here at the BlackFoot Studios Forums.