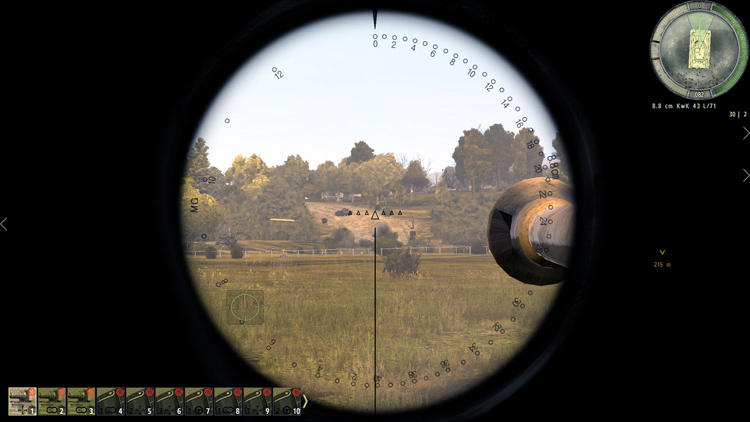 There are some major new features in the vehicles not found in the Arma 2 series. They include towing and pushing artillery guns, the machine-gun weapons can be deployed on defenses, and various other small tweaks and improvements. There is an included mission that will showcase capabilities and let you try all the vehicles / equipment in the game. You have anti-aircraft guns, flak guns, anti-tank guns, tanks, planes, and more. If it’s part of a WW II battlefield in the eastern front, the unit or vehicle is most likely included. 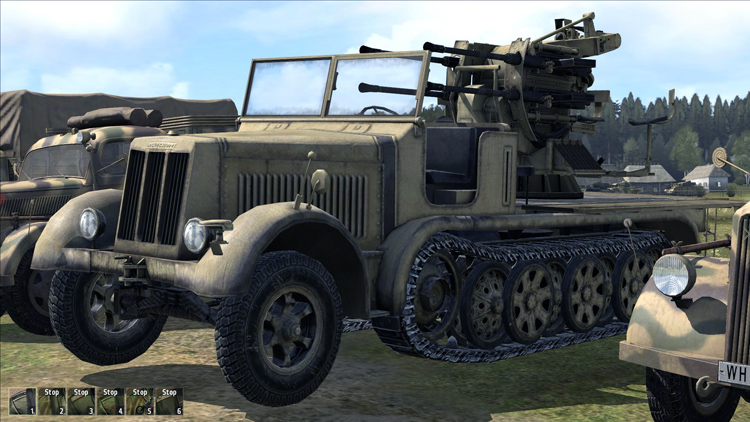 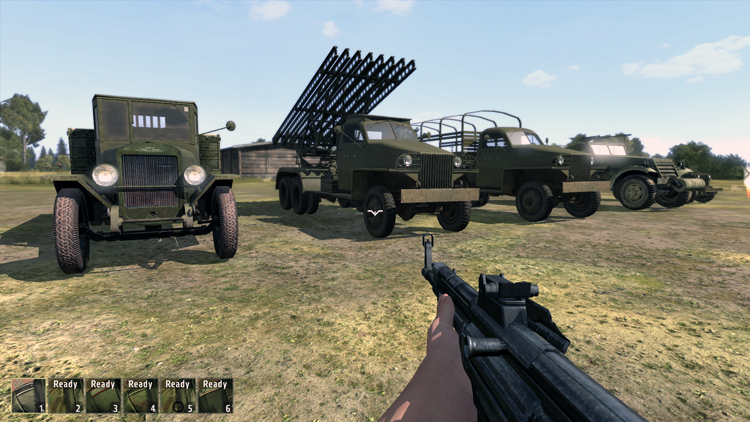 The biggest change over the Arma 2 series is in the armor. The armor system is completely different than standard Arma 2 engine. It counts several parameters, such as distance, speed of the shells, angle of armor, and thickness of the armor. The developers tried to make it as real as possible. Every tank has its own special hit points — ammunition, gun, trucks, turret, engine, and fuel. For example, you can hit a tank where there is nothing critical, and there will be no serious damage to it — except the shrapnel will injure the crew. But if you hit the fuel area, the tank will start burning. You can hit the ammunition storage and that will cause a total detonation of the tank, and will blow off the turret and other parts. 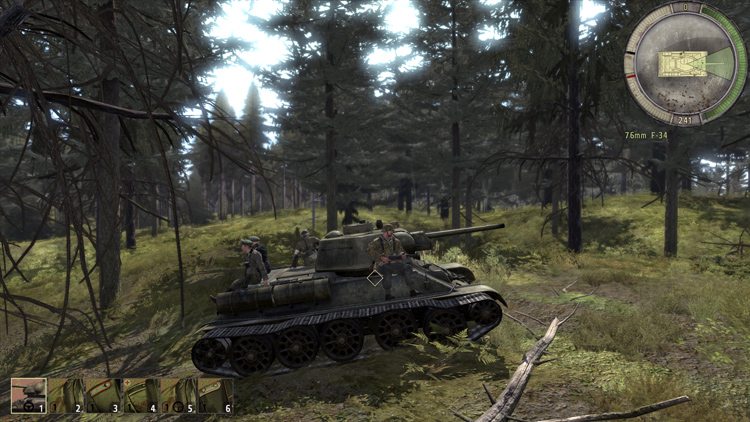 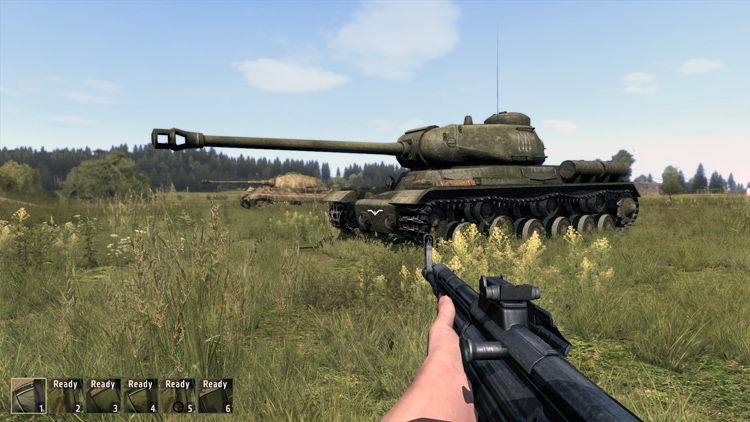 The creators believe Iron Front is a tank simulation as well as a tactical infantry sim. That said, the armor parts are still the familiar old school Arma 2 where you have a driver, gunner, and/or commander. You drive the same way — with keyboard or joystick. For the gunner, you have proper ammo count, and ammo types for the set tank or weapon platform. As it was historically, it takes time to reload rounds, especially when switching from HE to AP.

Flying a plane is not as easy as in Arma 2. Sure it’s the same principle: “Q” key to start and go, then either use the joystick (yes, they’re supported), or mouse for flight. Getting from point A to point B is easy, but dogfighting or conducting a bombing run is not so much. You do have some flight modeling like gear, flaps, and landing assist. But it is not a flight sim, and not really meant to be. Still, there has been some aviation quality added to the otherwise arcade flight in the Arma 2 series. We’re not talking fight models to make DCS blush, but they’re better than the default Arma 2 offerings. 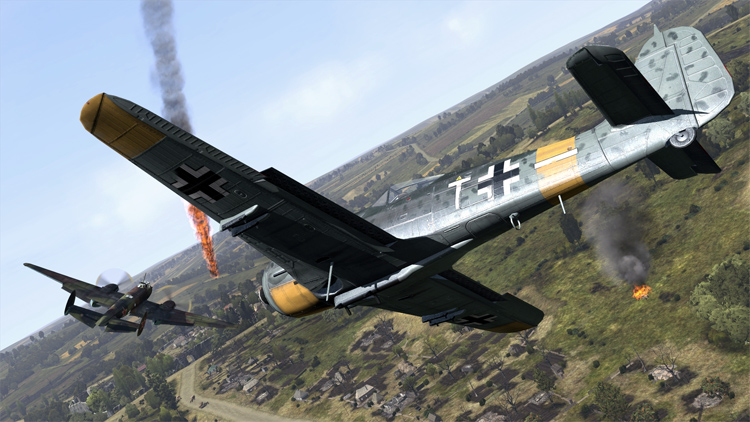 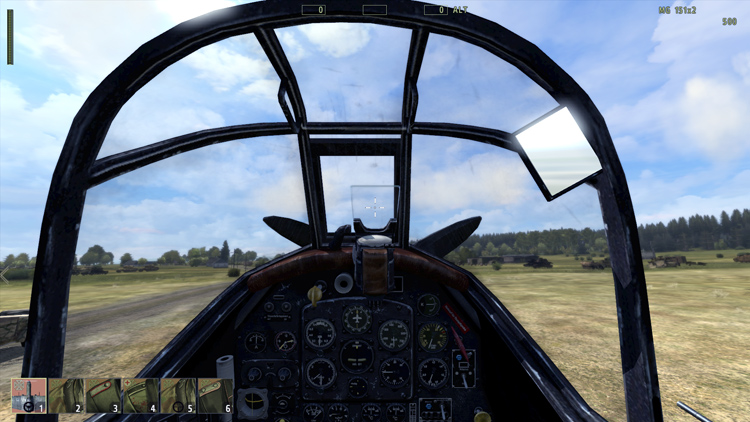 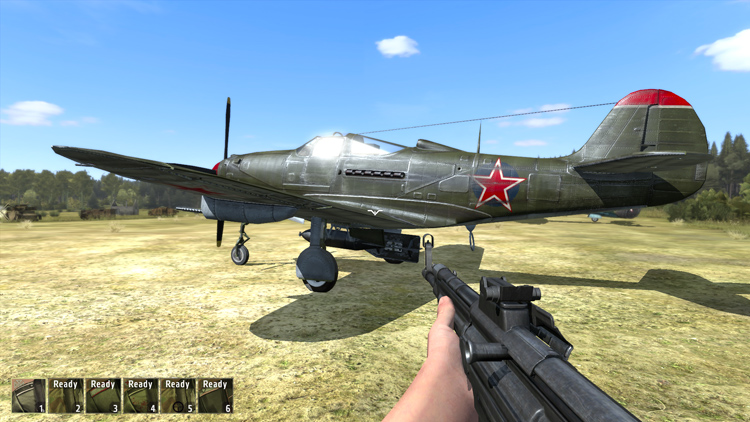 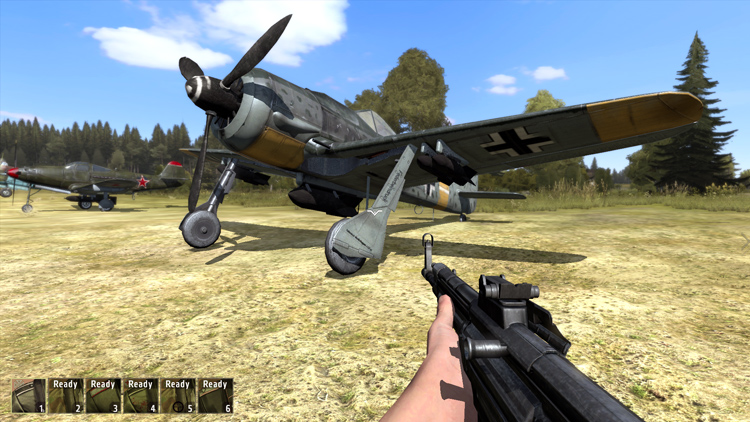 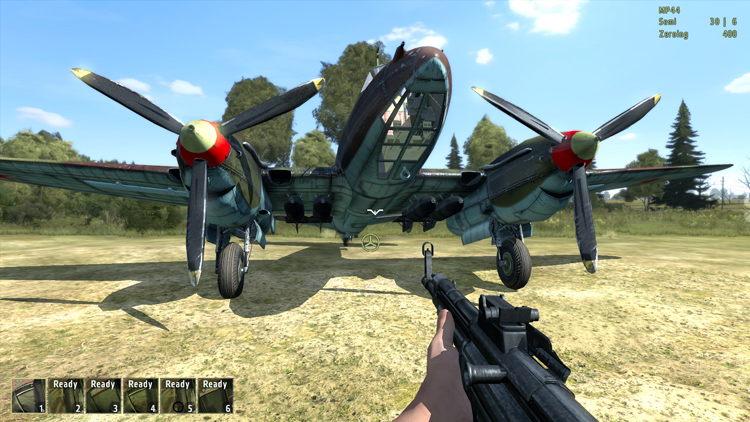 One of the strongest things about Iron Front is its total battlefield experience. Included are crew service weapons that can be deployed and not deployed, moved and positioned as you see fit. 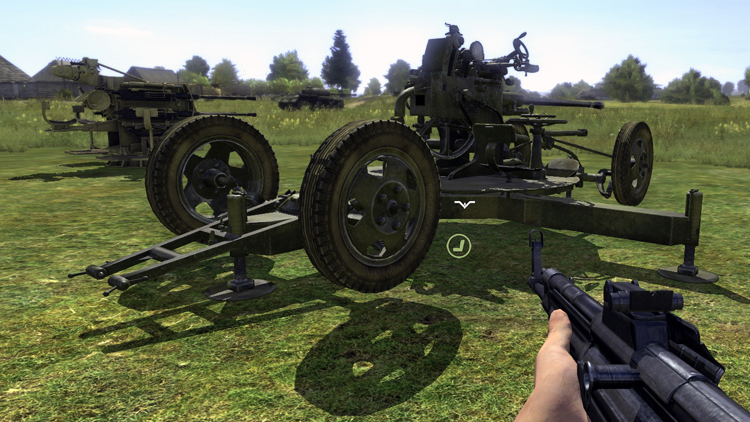 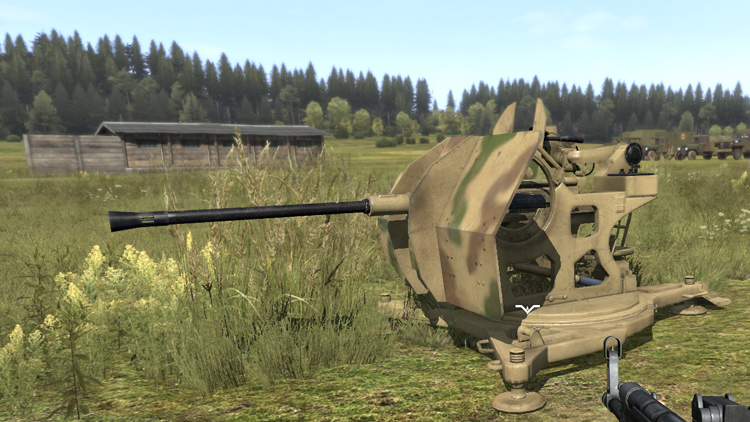 Functional fox holes, entrenchments, fighting positions are included. The ability to move artillery pieces and set them up is perfectly well done. 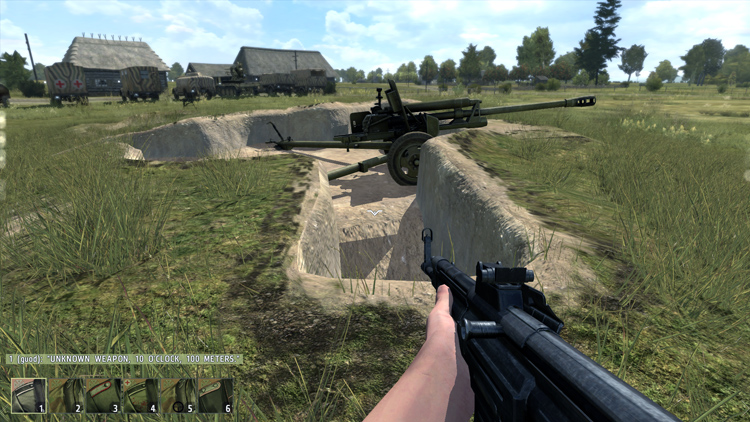 Magnum tested and played with each piece of equipment and weapon platform. He always imagines the potential of a huge multiplayer battlefield. Iron Front multiplayer has some great small unit and co-op missions, but where Iron Front will shine is a huge server of real players, covering a full battlefield. The mission makers should be very busy!

To control all this wonderfulness are quick reference color-coded key cards. As mentioned earlier, it is possible to setup a joystick with custom controller settings.