Now that we’ve built the new system, let’s take a look at how she performs. I did some comparative benchmarks between my old system and my new one. All benchmarks were measured by FRAPs at 1680 x 1050 resolution.

First up was Crysis, a game that can cripple even the most robust system. I was able to knock down a bunch of the graphics options with my old computer and get playable frame rates, and while it was still stunning to behold, I had no idea what incredible details lay hidden in the higher detail settings. With the new computer and the higher graphics settings I’m seeing motion blur, depth of field (focus) effects, more heat blur, better explosions, bullet vapor trails, and just overall kick-ass gameplay. The game is a graphics and sound tour de force. As you can see by the benchmarks, the new computer holds the high frame rates even as the detail level increases, whereas the old computer was barely playable at even the lowest settings. 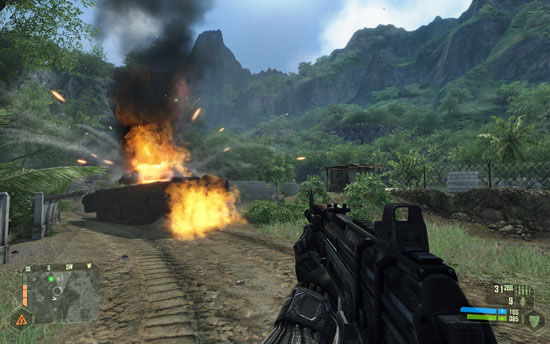 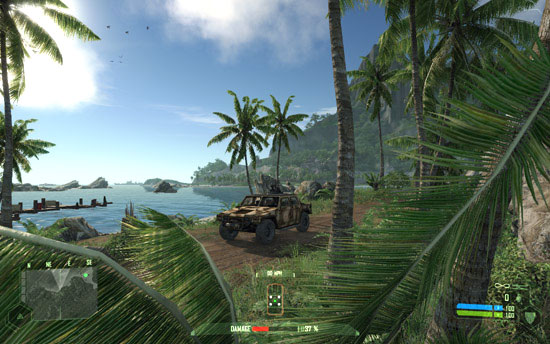 Next up was Flight Simulator X, a notoriously unfriendly piece of software for the hardware challenged. On my old system I was able to find the right concessions between detail and frame rates to fly smoothly and with good levels of detail. I installed FSX and Acceleration (which includes SP2) and wish I had done the benchmarks prior to Acceleration, which I feel actually brought the numbers down a bit. I purposely didn’t do any tweaking and just ran vanilla low, medium & high graphics to get “out of the box” numbers. At the lowest detail settings, the FPS were just out of this world, nearly quadrupling the old rigs numbers coming it at a stunning 281 FPS compared to 76 FPS on the old system. As the detail sliders progressed through medium to high, that ratio stayed approximately the same with the new system reporting frame rates four times faster than the old. There are so many permutations of graphics settings with FSX that I might have only been one slider notch or one checked box away from getting a serious improvement with almost all of the sliders at their highest levels, but I didn’t spend enough time with it to reach that point. For the first time I was able to enable “bloom” effects and it really is incredible looking when you see it in action. 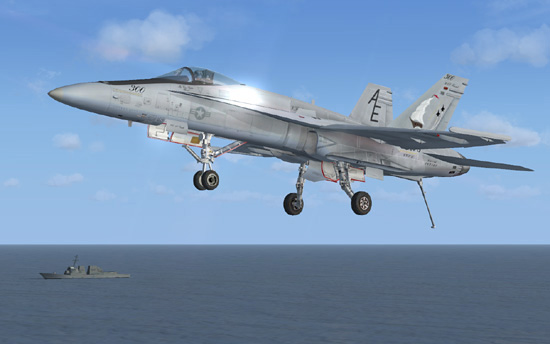 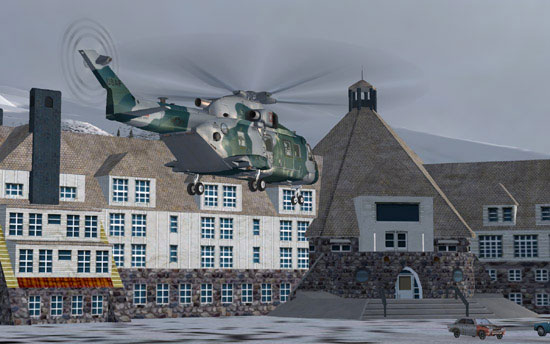