The end of the year is here, and while, for some, that signals a cozy winding down of the year’s events, for others it means scrambling to wrap up plans and get as much preparatory work done for the new year as possible in these final weeks. Unfortunately, my schedule has fallen into the hectic side of things during these closing days of 2015, but there are still things to see, and talk about, and, of course, play. So much to play and so little time.

It goes without saying that Bohemia Interactive’s latest update is definitely something to keep your eye(s) on in the coming year. Briefly, the Nexus update is the first major push forward towards Apex, Arma 3’s next major expansion. The biggest pieces of news in this update are the two new instances to End Game (with improvements to Kavala), and the new refinements to the core movement/shooting mechanics.

The new End Game instances include:

Feres: A 16v16 map with increased size, vehicles, and Intel objectives to accommodate the increased player count. Basically, Feres is a bigger version of what Kavala offers.

Zaros: By contrast, Zaros takes the complete opposite approach of Feres and scales things down to provide a much more focused experience. 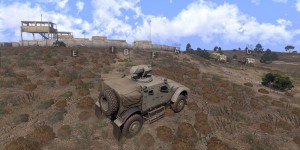 Mechanically, they’re not much different than Kavala, but by changing the scale of the action, Bohemia Interactive has effectively added two new instances to End Game that feel unique, despite their same-y-ness.

More for the core

The past year has seen Bohemia Interactive making a concentrated effort to refine Arma 3’s base mechanics, and they’ve been doing a pretty good job so far. The weapon deployment and mechanic tweaks that came with Marksmen were just the beginning, and now with the Nexus Update, a new fatigue/stamina system coupled with the concept of personal protective equipment have entered the fray.

Stamina: The new stamina system, while new to Arma 3’s arena, is not a new concept itself. However, it does present players with a new set of micromanaging goals. In short:

Personal Protection: Of the two new mechanics, this one is definitely my personal favorite. This new system encourages players to hone their marksmanship and rewards them for hitting unprotected parts of the body. It’s basically a locational damage type system that interacts with the new Stamina system to great effect while providing attackers incentive to up their skill. 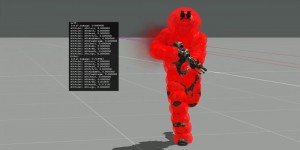 Essentially, Bohemia Interactive has laid the ground work for a much more accurate (and fun) level of combat simulation. By forcing players to manage their stamina levels while taking into consideration just how heavily geared they want to be, the devs have committed themselves to an entirely new level of balance and craftsmanship in Arma 3.

However, this does come with possible problems. Now that such careful consideration must be taken into account while gearing for a mission, weapon balance will become even more important than it already was in past versions of the game. If, as someone is likely already in the process of doing, a player manages to find a way to game the system by exploiting a weakness, then that will wreak havoc amongst the community if not promptly fixed. Also, if the balance isn’t carefully managed players will start finding the best cookie-cutter loadouts in order to survive multi-player encounters as effectively as possible (to the detriment of other loadouts). As someone who grew up playing a lot of MMO’s, I can safely say that cookie-cutter builds are rarely ever good for a game or the community in general.

Possible negative outcomes aside, Bohemia Interactive is taking a great step in the right direction by catering to its niche crowd even further with more refinements. Nexus is definitely a promising start on the 2016 road to Apex.

Do You Even Read? – Gaming and Learning
IL*2 Sturmovik MiG-3 Details