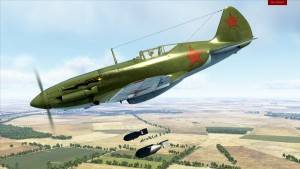 Developer 1C has announced that their newest plane, the MiG-3, is currently in its final testing stage. While the anticipated release date for the MiG-3 isn’t until the end of December, 1C recently shed some light on the upcoming release.

The MiG-3 (or Mikoyan-Gurevich) was a Soviet fighter which came into its prime during World War II. In order to rectify the shortcomings of the MiG-1,  Mikoyan and Gurevich modified the MiG-3’s design to include, among other things, an engine re-placement, an additional oil tank, updated supercharger intakes, and an increase in ammunition for its ShKAS guns. The MiG-3’s speed potential shined at high altitudes, even overtaking the German Bf 109F-2, however, that advantage tapered off when the MiG-3 was forced to fly at lower elevations. Due to the MiG-3’s speed, gunners had to deal with difficult aim conditions, which were further aggravated by the aircraft’s reduced maneuverability caused by its high wing loading. 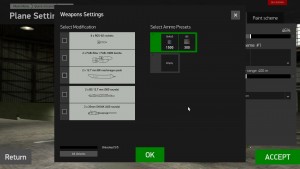 As you would expect, 1C definitely consulted the MiG-3’s historical data while constructing the aircraft for its sim. Staying true to the aircrafts rather unstable, high-altitude speeds, the MiG-3 in IL*2: Battle of Moscow will be able to overtake the Bf 109 F4 during combat, if players close radiators (just watch your heat management). Similarly, the MiG-3 will be IL*2’s first Soviet fighter which can compete with the German planes higher up, and it will be the first Soviet era plane to include artificial horizon. The aircraft will also engage its engine boost by setting your propeller RPM to max, putting your throttle to max, and then setting your mixture to its richest intermix. If you’re playing on the normal difficulty setting, you won’t have to worry about the keyboard gymnastics, as the engine assist works just the same as it does on the IL-2.

While the flight modeling in IL*2 Sturmovik takes into account a wide variety of aircraft handling, the MiG-3 will have its own unique tail wheel control and flaps control system.

In the game, flaps extension and retraction on MiG-3 happens similarly to Yak-1 and IL-2 (press F / Shift+F by default). In addition to this, flaps limiter setting is changed by holding these 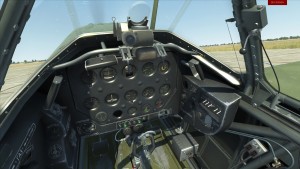 buttons. For example, if the limiter is set to the maximum angle by default and you need to change its setting for a smaller flaps extension, press and hold Shift-F to move it to the required position first, and then briefly press F to extend the flaps to the new limit. If you have the limiter set to an intermediate position and you want to deploy the flaps to the maximum angle, you can press and hold F to release the flaps and simultaneously move the limiter to open more.

The quirks of the MiG-3 don’t stop there, however. It has a good amount of right roll after takeoff, the mass balance changes drastically depending on fuel levels, and the cockpit design has great side view, but the forward view leaves a lot to be desired thanks to the back pilot position and wide engine cover.

The MiG-3 will hopefully be released to the general public at the end of this month, provided you’ve ordered your copy of Battle of Moscow, already. (It is required to access the MiG-3) 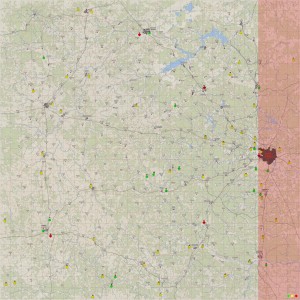 The MiG-3 isn’t the only news 1C dropped on its players, yesterday. While the new map is still being held under wraps, we did get a picture of the map area. Unfortunately, you won’t be able to fly over Moscow, at least anytime soon. While the city can be seen from a distance, actually doing a flyover won’t be possible. That said, 1C is already in the process of placing buildings, roads, forests, rivers, and smaller countryside towns.

While the addition of player controlled tanks was met with applause from some and skepticism from others, 1C have announced their intentions to allow more player controlled tanks at some point. However, they’ve made it clear that the implementation of more ground combat will be a “free-time” project. That said, additional AI control has now been implemented for the various ground units which will be in the Battle of Moscow scenarios:

Keep your eyes on IL*2 Sturmovik and SimHQ in the coming weeks for more news about the release of the MiG-3 as well as new BoM updates!