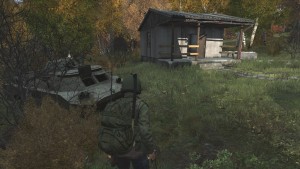 In recent weeks Bohemia Interactive, the developer behind the standalone version of DayZ, has been making a renewed effort to present their development goals to the community. A big hurdle that developers face in the Early Access stage is balancing realistic development timetables with player expectations. Players unfamiliar with just how much time and work go into game creation can quickly become impatient and disillusioned with a developer’s perceived slow progress. However, sometimes that perception is spot-on *cough*Duke Nukem Forever*cough* which leads to a vicious cycle of fans acting as apologists and critics berating developers endlessly.

Short of forgoing Early Access all together, there really is no simple way for a developer to handle player expectation in a way that will please everyone. There are always a couple–or a million–gamers who will whine and moan about every single aspect of every single design decision a developer ever makes. (I’ve been reading various gaming forums too much today. Can you tell?)

That said, one way developers cope with their communities is by trying to be as visible and transparent as is realistically possible. It doesn’t always work, but it usually succeeds at keeping the core fans of a game placated.

So… where does DayZ stand with its progress? It’s somewhere in between launch and Early Access. No, seriously, that’s the real answer. If Bohemia isn’t brave enough to say more than that, I’m definitely not going to hazard any more of a guess. Okay, okay, let’s talk about what is currently going on with everyone’s favorite on-again-off-again, post apocalyptic zombie affair.

So, as some of you may be aware, the new player controller and new animation system is necessary because, well simply put, the old one was getting rusty. In order to facilitate some of the newer design concepts that Bohemia Interactive has dreamed up, a new way to control your character, and by extension the entire animation system in general, needs to be overhauled. This coupled with the ongoing work at fixing DayZ’s netcode (old animations were network resources hungry) is why such a focus on these two new systems has been going around lately. The Player Controller allows characters to perform actions such as arming up, working bolt-action rifles, and stance changing without cumbersome menus, netcode hiccups, and other assorted glitchy badness. 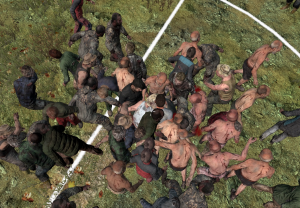 What are some of the dreamed up toys Bohemia wants to implement, you ask? Well, here’s a few that were recently discussed in a Status Report:

These new features directly depend on the new Player Controller and likely will impact the new animation system, as well.

Speaking of animations, the M4, Red9, and CR527 have new reload animations in the works, and vehicles will finally get some love with proper animations coming soon™. The game’s legion of infected are also being improved, with multiple different idles, walking, running, and sprinting animations, as well as some various attacking animations.

Version 0.59.131121 is the current working “stable” version of DayZ available for players to jump into. However, the real action is on the upcoming experimental branch. The current issues with .60 experimental, according to Mr. Hicks, are:

– Loot Distribution: Current internal builds have an issue we’re chasing down that drops globally spawned quantities of items to about 3,000 in certain situations/server states. This is around 17,000 to 18,000 less than the acceptable minimal operating value. This issue is one of the top priorities for the designers currently, as it effectively makes the title near unplayable. 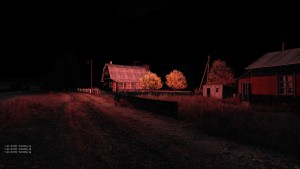 – “Stuck” Magazines: The gameplay programming team are working on an issue that causes magazines during the reload process to become “stuck” within the players inventory, thus causing several cascading failures with players inventories requiring them to disconnect and reconnect to resolve the issue.

– Sliding Players: The QA Team encountered a 100% repro rate series of steps to cause players to become stuck in a sliding state – regardless of laying, prone, or erect. These steps have been provided to the gameplay programming team – and they are working on resolving the issue.

– Playability of New UI Inventory: The design and gameplay programming teams are wrapping up the last of the playability issues moving to the new UI, as functional support for the legacy UI won’t be possible moving forward with the new Enfusion renderer.

One of many players’ biggest complaints about DayZ, and any MMO for that matter, is Network Code performance. Experimental .60 will bring with it some improvements to the code which reportedly boosts server performance and response time. Unfortunately, the weird, random bug where you can get attacked before you’re completely logged in won’t be fixed until after .60. However, when the fix does come it will likely come with a login queue which Bohemia says, “will help us to control server performance in case when a lot of concurrent players are connecting and waiting queue will be available too.” If it fixes server performance that’s wonderful. A login queue isn’t all that great sounding, but hey, I’d rather wait a minute to login than get disconnected at the worst possible moment.

Undoubtedly, much more is going on behind the scenes than Bohemia will openly discuss, even given their more transparent stance in recent weeks. Here’s to hoping that stance holds up and even more news will reach our eyes and ears in the coming months.