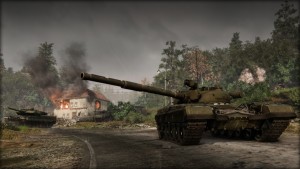 Refuel your tanks and batten down the hatches, World of Warships and Armored Warfare are both having events this weekend – hopefully you don’t have to pick and choose which one to attend.

Starting Saturday the 29th until Monday the 31st, all players can jump in and earn two times the reputation and credits from each battle. All progress you make during this event will carry over into Early Access 5, as there will be no progression reset in between testing phases. The events starts Saturday at 15:01 PDT and lasts until Monday, 23:00 PDT.

Even after the event ends, Early Access Phase 4 is still going on and will be available for the rest of the week to continue to build up your rewards.

Public Test Server is a special server running the newest version of the game. Its goal is to provide the players with the option to test the newest game build, although such builds often have more issues and bugs than the live server. It is now available for every player with Early Access without any restrictions. The main features of Public Test Server (compared to the Early Access server) are: 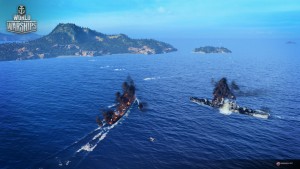 For your first win with each ship this weekend, you’ll get two times the XP bonus which you can use for new ships. If you need a bit more boost to go with your boost, then you can pick up a Weekend Captain’s Pass in the Premium Shop. The pass gives you 1,500 Doubloons and three days of premium time – which includes 50% extra credits and XP earned for EACH battle. The pass will run you $9.99 USD, if you’re in the market.