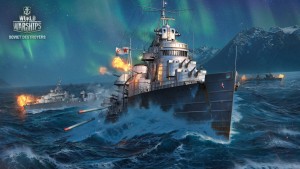 Wargaming and Lesta Studio, the developers behind the recently released World of Warships, have announced that the Russian destroyer branch (Soviet Tech Tree) will be joining the fray on October 19th. The line of destroyers will include: the famous Izyaslav, Gnevny, and Tashkent (The Blue Cruiser).

The Soviet era destroyers bring powerful and very accurate cannons to the battle, giving players who prefer a bit of range in their battles some new toys to play with. When coupled with the destroyer’s high speed capabilities and anti-aircraft weaponry (high tiers also give fast turret rotations), the Soviet destroyers will be a force to be reckoned with on the high seas. 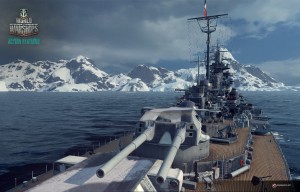 However, the USSR Tech Tree isn’t the only new addition coming this October. German cruisers will also be making their way into the fleet, bringing with them high endurance, thick armor, and their own set of powerful weaponry. Perhaps the most famous of the German ships, the Bismark and her sister ship Tirpirtz will be tier VIII on the roster. We also know that the Hermelin and Dresden will be part of the German cruiser line, as well.

“We’re looking forward to letting players command this line of Soviet destroyers,” said Daniil Volkov, World of Warships Development Director. “Working towards new and interesting content to give players different ways to battle is a priority for the team and these upcoming additions will open up some distinct vessels for commanders to discover and leverage in combat.”