Wargaming and Lesta Studio have continued churning out new updates and content for their popular World of Warships title since its release last September. Today, mini update 0.5.3.2 was released and brought with it a couple new camouflages, some visual updates, and, most importantly, a look at the new Russian cruisers.

The type five and type six camouflages are identical, save for the fact that type six also gives 100% XP per battle. The special camos now also give a bonus to concealment, as well as debuffs to enemy accuracy, while the perma-camos give discounted repair costs.

Naturally, this update brings with it a handful of fixes and tweaks, but you’ll probably notice some of the cosmetic changes pretty quickly. About nine of the currently available ships have had some visual upgrades applied, ranging from slightly altered hull configurations to turret overhauls.

Updates and tweaks are all well and good, but what we’re all really looking forward to is the release of the nine new Soviet Cruisers to come with update 0.5.4. 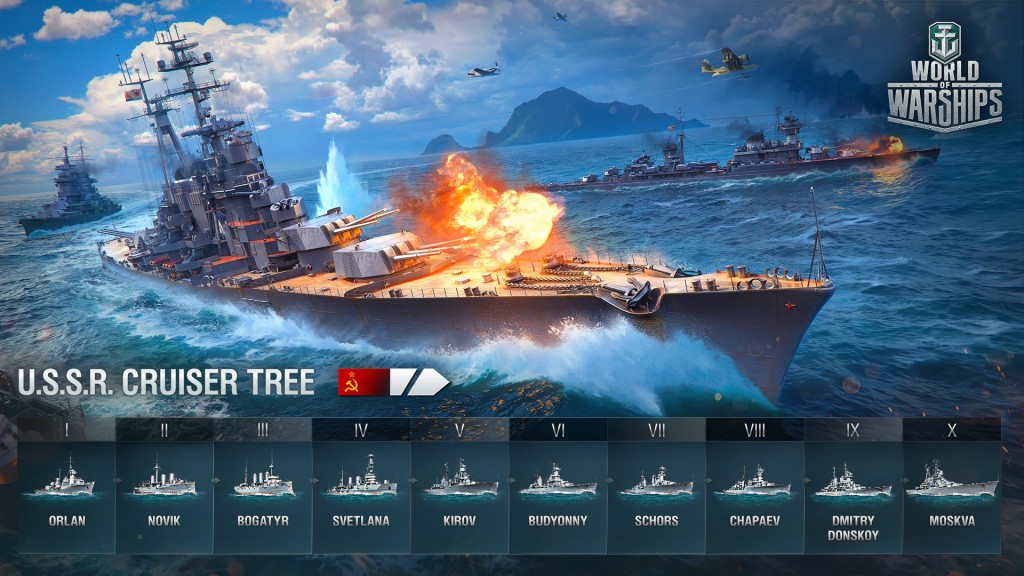 In short, get ready for a barrage of high explosive shells and fires blazing everywhere once these cruisers take to the battlefield.