Generally the aircraft have lots of induced and parasite drag. Combine high aerodynamic drag with under powered engines and you better be careful with those controls! Should you stall the aircraft you have little or no chance of recovering, as you undoubtedly will find out, should you buy this simulator!

Common errors are to chase the controls trying to fly the aircraft… The aircraft flies just fine, thank you! You, as its pilot, should concentrate on keeping the pitch stable and point the nose, gently, in the direction you want to fly.

Place the canard just below the horizon for a good stable flight.

Should the aircraft start to buffet, a prelude to a stall, you will hear this as a “rumbling” sound. Lower the nose a few degrees to lower your angle of attack and pick up speed. Do NOT, initiate a nose down recovery as if you were flying a modern aircraft!

The 1903 Flyer is launched on a rail as you throttle up. Keep the nose from digging in the sand. The aircraft will lift off and pitch up rather violently, if you are not prepared to ease off the pitch control, and lead to a stall that is unrecoverable at that altitude. 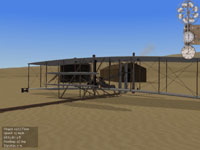 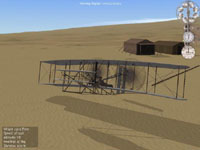 Whatever you do, maintain speed in the turns! If you have to pitch up in order to maintain altitude in the turns you are banking too much. Use the “yaw string”, the little cotton string in front of you, to check if you’re slipping in the turns. 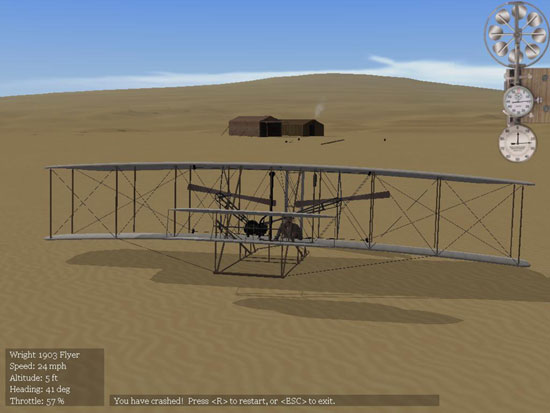 The 1911 Model B aircraft has more power, and wheels. It takes off as a conventional aircraft. It is more forgiving then the other aircraft but not what I would call a high performance aircraft, by any means.

When taking off, apply power and let the speed build up. The tail should lift off the ground shortly. Let the aircraft accelerate until it lifts off the ground in level flight.

Be careful with the pitch control! 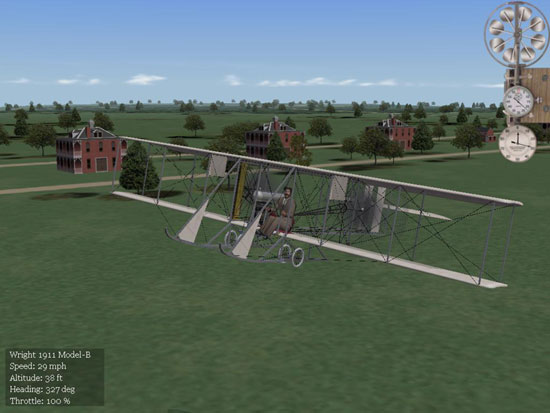 “First Flight” has a replay feature so you can view your flights safely on ground. You will find that changing views to outside and side views, in flight, will make it harder to check the pitch angle. Fly the aircraft from the cockpit view, and use the replay feature to watch the flight from the outside.