One question that confronts the computer aircraft modeler when considering the Hind is, which Hind?

There are enough different models, versions and variants of the Mi-24/25/35 to make your head spin. And that’s not a helo pilot joke. Some Hinds built in the early 70s are still in service today, if not exactly alongside, then just a border or two over from, state-of-the-art, glass-cockpit offspring with multiple bells and whistles, power glove compartments and dual trunks. In fact, as I write this the last of 12 Mi-35M advanced export variants are being delivered to Brazil, while an unknown number of older Hind models soldier on in Peru.

For better or worse, arneh found the choice was made for him. The generic Mi-24s in EECH most closely resemble the Mi-24V variant, once the most numerous Hind outside the USSR, making up the bulk of aircraft operated by 50 or so export users. Actually considered a second-generation Hind, it was a refined and improved version of the early standard production Mi-24D. NATO called it the Hind-E.

Since the Mi-24V exteriors were already adequately modeled in EECH, arneh was left to create the interior and provide tweaking of the flight model. These always seem to be the two areas that I, as a pilot, find developers often gloss over. I’m usually left feeling it would have been nice if the folks assigned those tasks had given them just a little more attention. I can report that in this case, arneh’s time was well spent.

In describing the pit itself, it’s hard to know where to begin. First, of course, there’s the cockpit door. Yes, it opens. But that’s not all there is to it. It’s got style. For some reason it reminds me of the door on a ’32 Ford three-window coupe. I saw an interview with one of the lucky US Army pilots who get to fly the Hind as aggressors in the war games scenarios at Fort Polk. Someone asked him what the coolest thing about the aircraft was. He said, it had to be the door. Now I understand. One command activates both the pilot’s and the gunner’s doors. Another opens the troop doors on both sides of the fuselage. So, yes, you can fly those insertion missions now. (Although try as I might, I was never able to get one during my 25 hour-or-so test period. Somebody please try it out and report back in the Forum.) 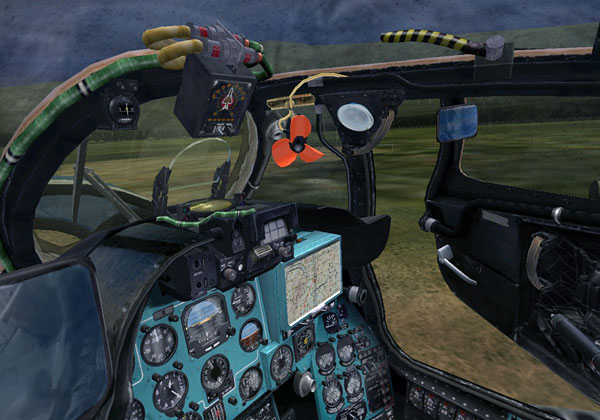 Before someone asks, arneh did not include the front pit in this update. Once you see the level of detail present in the pilot’s cockpit, you’ll understand why. Maybe in a future update? We can hope. In lieu of the actual gunner’s station, he’s included a view of the gunner’s EO feed. Works for me.

Once you’re settled in the seat, everything is there. And most everything works (to the limits of what can be done within EECH). One key command turns on the electrics, the hydraulics, etc. If you start the engines, you can watch the throttle grip twist and the RPMs begin to climb. The gunsight (you can’t properly call it a HUD!) is a very nice representation of a reflector sight. If you have a NaturalPoint TrackIR unit, you can watch it move around correctly as you move your head. (Sadly, I couldn’t test this particular feature because my cats have managed to knock both my sending and sensing units off my desk enough times that they no longer work together.) 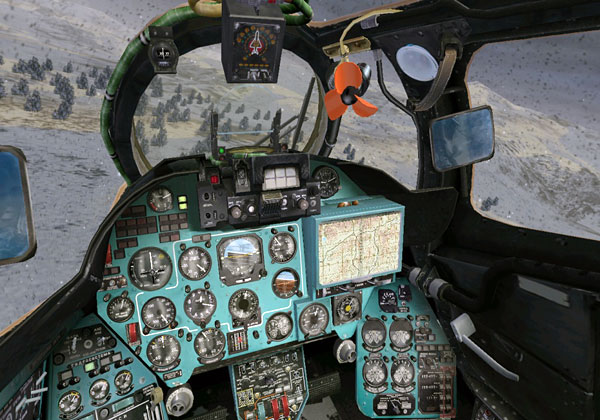 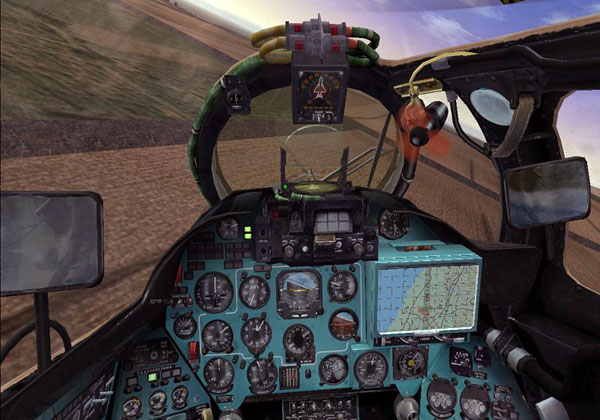 Flying Over the Fields

I can’t be the only one who appreciates the perfect irony that arneh has managed to recreate electronically the function and behavior of a paper-based moving map device. This really is old school. I used to understand how they work, because I once had a maintenance tech for an F-106 squadron explain to me in loving detail how the one in that airplane operated. Now, I don’t have any idea. It’s a very practical, easy-to-use solution to the navigation problem, and I find it great fun to use. But it takes a little getting used to. 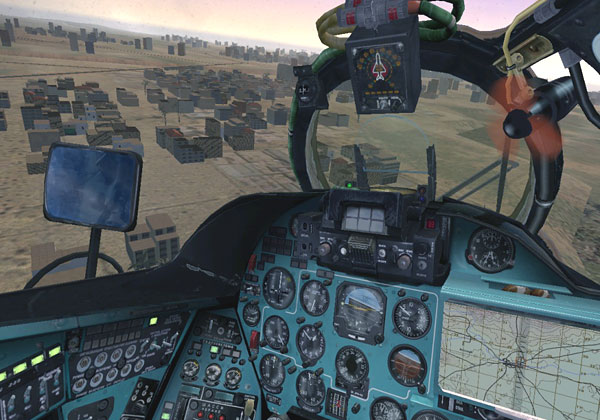 The Scrolling Map Used Over Damascus

Of course, it can get hot flying under all that plexiglas. An environmental control system was developed for the Apache that provides heated or cooled air, as required, and affords protection from nuclear, biological and chemical contaminants. I was unable to locate precise figures for the development cost but let’s stipulate it was many millions of dollars. In the Hind, the pilot gets a fan that looks for all the world like a five-dollar gizmo you’d pick up at a local Walgreen’s pharmacy. It is prominent on the connecting frame between the canopy bow and the door. You can turn it off and on, too.

The cockpit can be hermetically sealed and overpressurized. In fact the cockpit has a little green light on the gear panel which says “CKPT SEALED” when all the doors are closed, and a yellow warning light with “CKPT OPEN” when it’s not sealed. 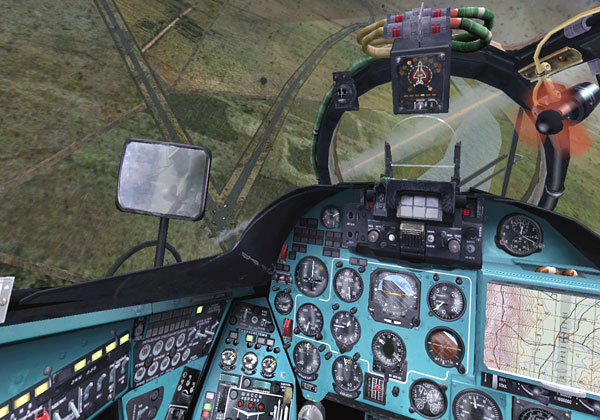