Advanced avionics modeling has been included such as the Sniper Advanced Targeting Pod which is awesome to use, and for the air-to-air guys the Helmet Mounted Cueing System (HMCS) is modeled which allows off axis engagements with the awesome AIM-9X. I’ll admit that I haven’t had time to fully explore these two systems, but I have been able to use them for basic engagements although advanced techniques are modeled. 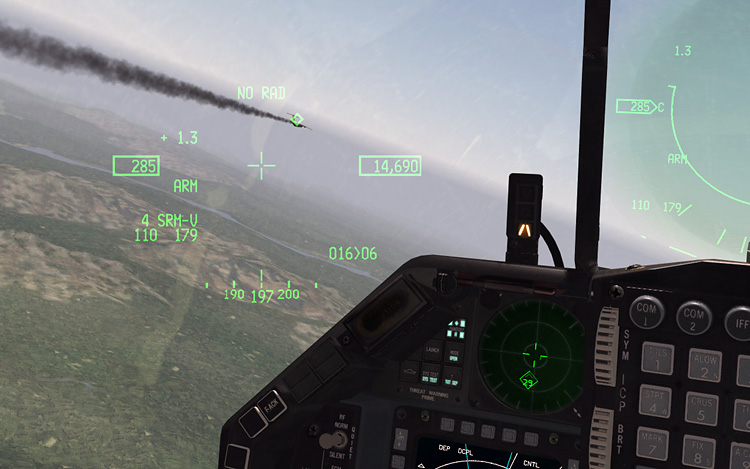 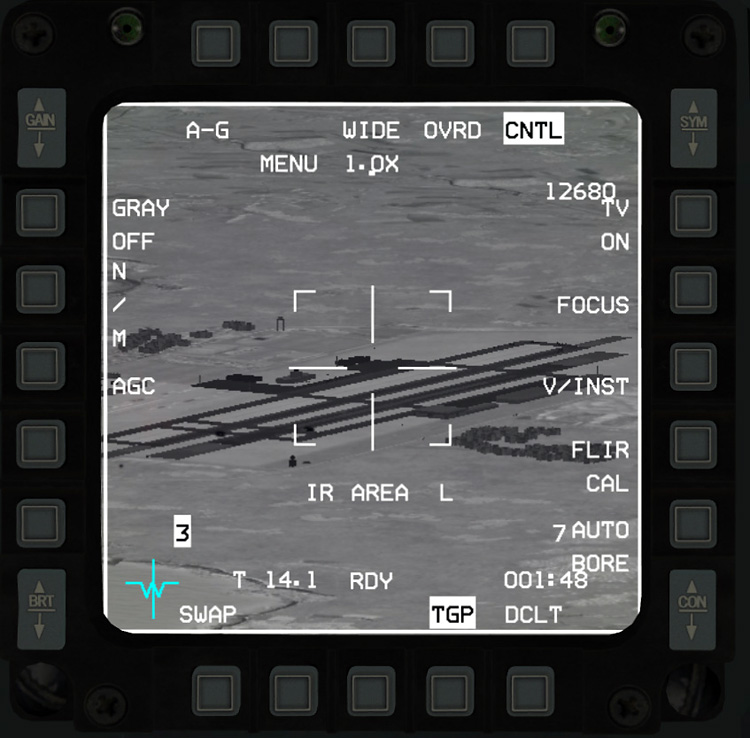 For us old Falconeers we will be immediately comfortable with all of the legacy items but we are going to have to pull out the BMS manual to fully learn the new systems and advanced features. Fortunately, the BMS manual is quite well written with respect to explaining how the new systems work within the sim. The BMS manual isn’t a total Falcon 4.0 replacement manual though, but they’ve thoughtfully included many other manuals in the package that provide plenty of reference material for anything you might need or want to know.

Externally, the 3D model for the F-16 is beautiful, and the new graphics engine with HDR lighting is awesome to behold. While the HDR bloom can be a bit much at some points, the overall effect is very nice and improves the atmosphere of the theater. Camera jitter effects, heat blur from the engines, and an impressive sound set round out the externals. The turbulence and weather bounce the aircraft around just the right amount and you can even see the external ordnance bouncing on their pylons when you encounter the variable turbulence. Rain, fog, and low visibility is modeled. The rain streaked canopy/slightly blurred vision is a nice feature and it is impressive that it gets progressively less of a factor as speed increases. 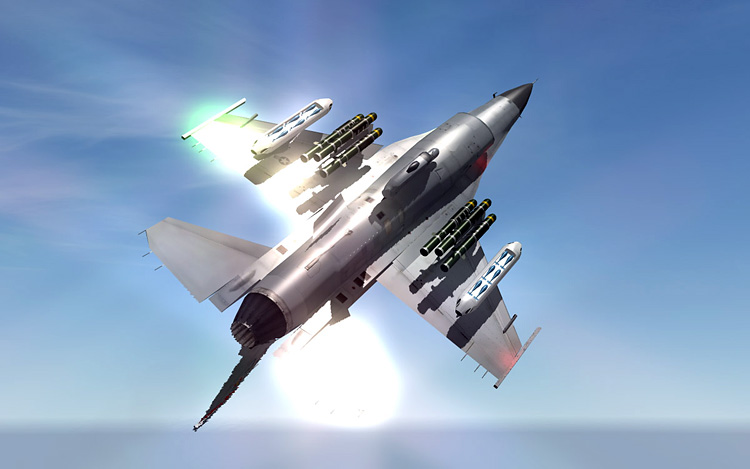 Explosions, flares, smoke, and fire are all greatly improved due to a new particle effects engine and lend an even greater feel of an expansive battlefield. 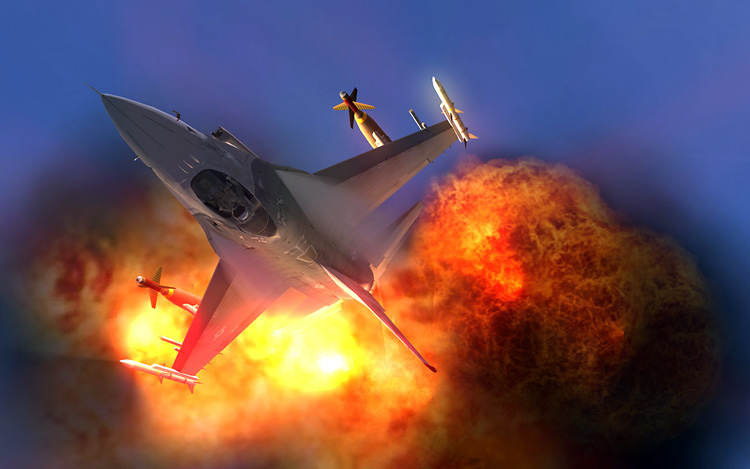 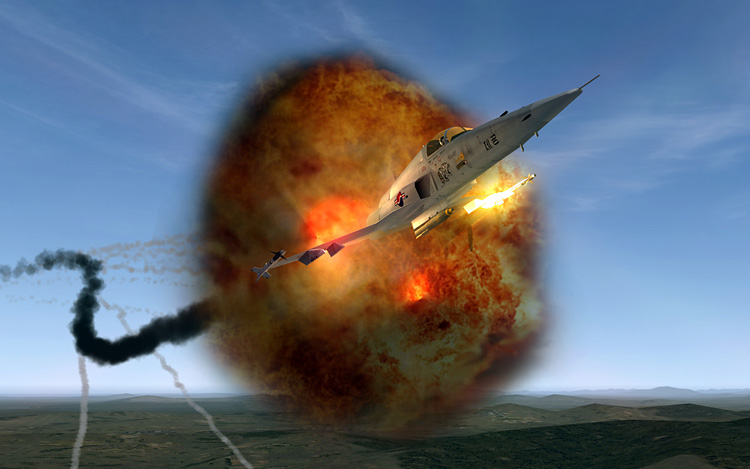 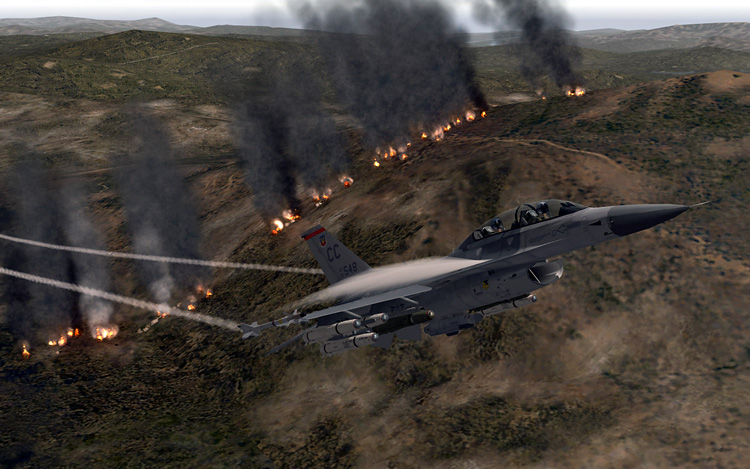 Vehicle graphics and models are still a few generations behind but when you are bombing tiny dots from afar it doesn’t much matter anyway. The F-16 is beautifully rendered since it is the focus of the sim, and many of the other mainline aircraft are quite nice looking, such as the F-15 and MiG-29A. 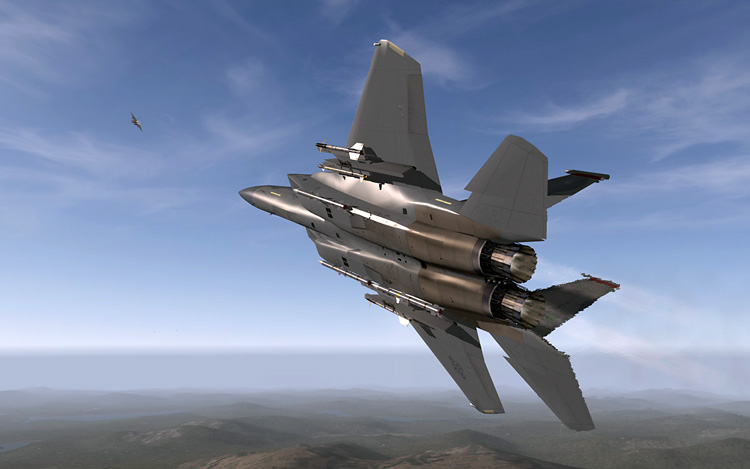 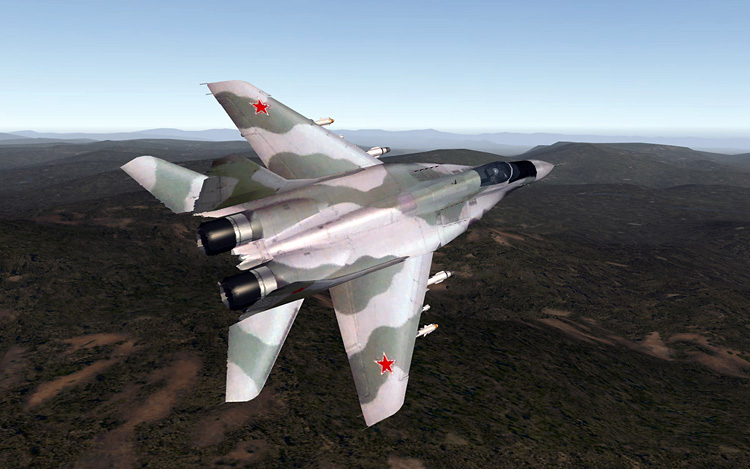 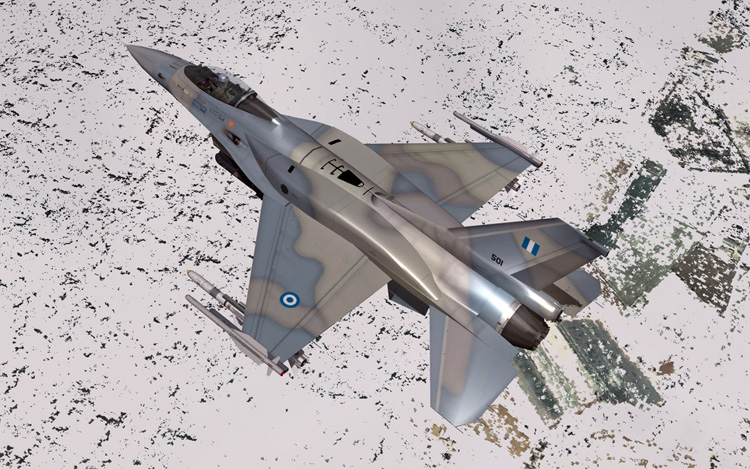 But some of the aircraft are still very low polygon models. In fact, some models look like polygons. This is still no DCS graphics level of sim once you start looking past the F-16. 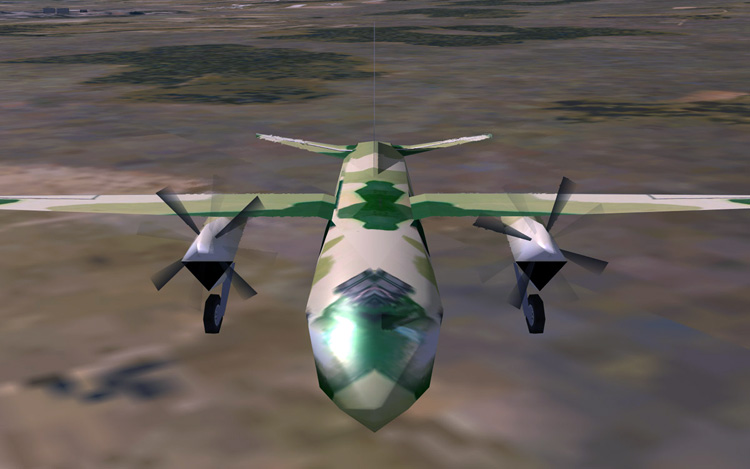