Crysis 2 has been a long time coming and many of us in the console gaming world have had our doubts as to how a benchmark game on PC could ever make the transition to console.

EA has promised the Best looking game ever made on console and while graphics are not a huge part of my decision in picking a game, they do add to immersion, so I was eager to see what exactly Crysis 2 could look like on console. As I drove home from the game shop with Crysis 2 riding shotgun, I couldn’t help but fear that Crysis 2 on console was going to be a “dumbed-down” version of the original title.

When home, I was pleasantly surprised at what I found. Crysis 2 takes a blend of FPS game play and combines it with a world of beauty and chaos, that is nothing short of visually spectacular. While doing this, it also gives the gamer a wide range of choices so that you can play the game however you desire.

The core of the Crysis series is the nanosuit, and it provides the depth of game play in the Crysis series. It leaves the door open for all different kinds of gamers to use their preferred style of game play to accomplish an objective. Be it stealth, running and gunning, or playing tactical and using a combination of different tactics, the nanosuit wraps all these game play styles into one and puts them at the player’s fingertips. It’s a breath of fresh air to be able to use these different tactics on the fly, instead of picking a certain load out at the start of a level and being stuck with that choice. In many games I find myself saying, “Crap! I should have used a different load out for this level!”. The nanosuit in Crysis 2 lets you adapt to any situation you encounter, and it is this depth of adaptation, that really is the core of what makes Crysis 2 shine. 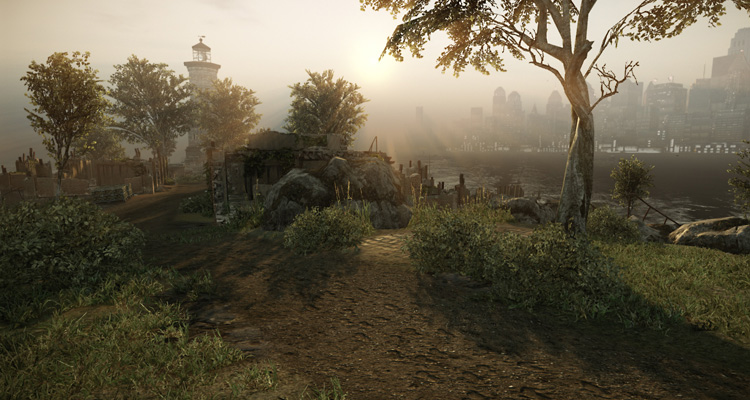 The first thing that I look for in a good FPS console game are controls, and Crysis 2 delivers on this with an ace right from the get-go. The controls are very smooth, and there is no dead zone to be found. I was concerned with this when I beta tested the game, because in the early builds, the game felt like a PC game that was made for a mouse and keyboard and not for a gamepad. EA took our testing feedback to heart and it’s my opinion that Crysis 2 has some of the smoothest controls I have felt in a console shooter.

I judge smoothness as the ability to come around a corner and as I’m turning still be able to keep my cross hairs right on the edge of that corner. This enables me to be ready to acquire a head shot when an enemy first comes into view. Some games just don’t have that smooth range of analog stick motion and you find yourself having difficulty in doing this technique, but with Crysis 2, it’s golden smooth!

The control layout is also very good and it is a twist on the standard Call of Duty type layout. The one thing I wasn’t sure about was the way the grenades are set up. You have to double tap a button in order to pull out a grenade, and then throw it. This however grew on me, and when I started to get into the multiplayer portion of the game I noticed less grenade spamming. Now, it still doesn’t take all that long to throw a grenade, but having a different button mechanic instead of just a one button press for a throw, seems to make grenade spamming less of a problem, and you find yourself using the grenades in a more thought out tactical manner.

I’m very much an Audio junkie, it is one of the things I do for a living, and when it comes to gaming, it plays a huge part in my immersion in a game. Crysis 2 has a very top notch audio mix. The 5.1 Dolby digital mix places the sounds very well throughout the room and this creates a good amount of depth for the world you’re interacting with. While it is good, it’s not the best I have heard and in some of the major fight scenes, you don’t hear the bullet rounds from a huge fire fight zipping from speaker to speaker past your head. The music score is great and I would say that it really adds to the feel and atmosphere for different situations in the SP levels.

For a console game to pull off what Crysis 2 accomplishes graphically, I have to say, I was nothing short of very impressed. Thanks to the achievement of the CryENGINE® 3, Crysis 2 is clearly the best looking console game to date. The lighting cascades through the world with true grace, and one of the first things I found myself thinking was, “This is one sexy console game!”

Take a look at the launch video below by clicking on the image. 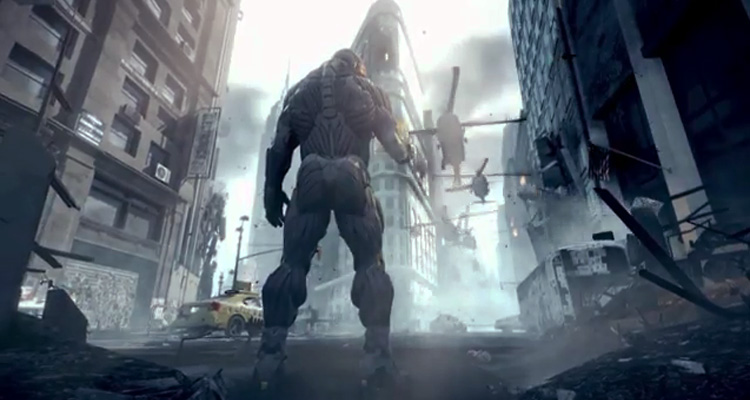 You will at times find yourself paying more attention to the world around you then your goals in the game. Even with the destruction of roads being ripped up, or buildings falling, it all looks so perfect and stunning. Visually, Crysis 2 never seems to stop amazing and it all runs surprisingly smooth on console. Even with the explosions, destruction, and fire fights going on, it holds a very solid frame rate. There were one or two times when I thought I may have noticed a little bit of slow down, however it was at a very minor level and it only lasted a second.

The Future of Simulations Part 4 – Following-up on our staff roundtable discussion, Chunx brings some more points to the table Page 2