“No matter how many SAMs a pilot might defeat, he respected them. Each SAM call brought doubts of survival and numbing fear. They were never faced complacently.”

Beware the Man with the Missile

Just as a single person with a shoulder-fired missile today can down the most powerful aircraft in the world, so too can you die on the battlefield from infantry-based missiles and rockets. Most infantry units in PE carry several smaller unguided anti-tank rockets, like RPGs, and one guided missile launcher such as a Milan or AT-13…these weapons mean that grunts are a threat to almost any vehicle at ranges out around 2,000 meters. In a close-in fight, infantry are devastatingly effective, invariably scoring a hit that damages a vital component or destroys a vehicle altogether. If you stumble into a nest of enemy grunts, pop smoke, fly into reverse, and back out of there in a hurry with guns blazing until there’s mother earth between you and the ‘crunchies.’

The good news for tank crews is that unlike your zoomie counterparts flying by at 400 knots, you stand a pretty good chance of seeing infantry through your optics, and killing them with main gun rounds, either the coax or roof mounted machine guns, or if you’re feeling particularly vengeful, a good artillery barrage.

“Infantry are deadly in their element. Just as in real life, they are easy meat if caught in exposed areas without any cover. It is in restrictive terrain that they come in to their own. Even armed with relatively light anti-tank weapons, grunts can cause you serious problems.” 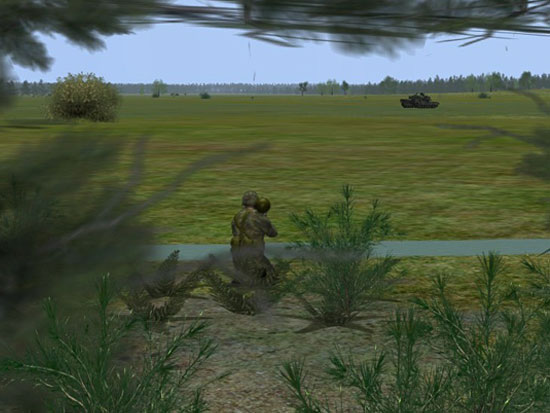 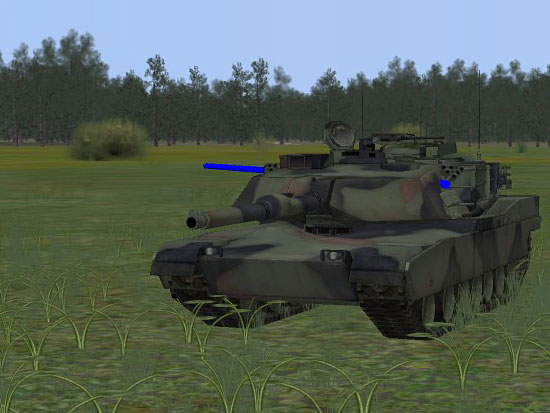 “I had no system of shooting as such. It is definitely more in the feeling side of things that these skills develop. I was at the front five and a half years, and you just get a feeling for the right amount of lead.”

Don’t Forget How To Use Your Steam Gauges

I’m an IL2 Sturmovik kinda flight sim guy… I like the challenge of flying and fighting the aircraft without the benefit of the computers, sensors, and remote weaponry, and often find myself lost toggling switches in modern-era flight sims. Perhaps that’s one of the appeals of PE to me… while there’s certainly a large degree of high-tech computerization in putting rounds on target, there’s also a good degree of marksmanship involved as well.

This is especially true if your Gunner’s Primary Sight is damaged, which it can be quite easily. With no laser and no computer to help you shoot, you’re forced to use the Gunner’s Auxiliary Sight.

I can’t recommend highly enough learning how to use this sight… you may not find yourself using it much, but when you do, it’s never because things just took a turn for the better. Learn how to judge range, lead a target, and become familiar with it….it won’t be the last time to find yourself there!

Somewhat of a similar nature, learn how to aim and fire the roof-mounted M2 .50 caliber machine gun on the M1. It’s a deceptively powerful weapon that is capable of inflicting damage on nearly any vehicle up to the level of a main battle tank, and at ranges out to 1,200 meters.

“The heart of any good tank sim is the gunnery model. I can say without any reservation that the gunnery for SB Pro is essentially excellent. I realize that I may be hanging it out there, but I stand by my statement. If you understand the concepts of gunnery in the game, then you can gun in a real M1A1 tank. The switches, dials and buttons are different, of course, but the same skills are required.”