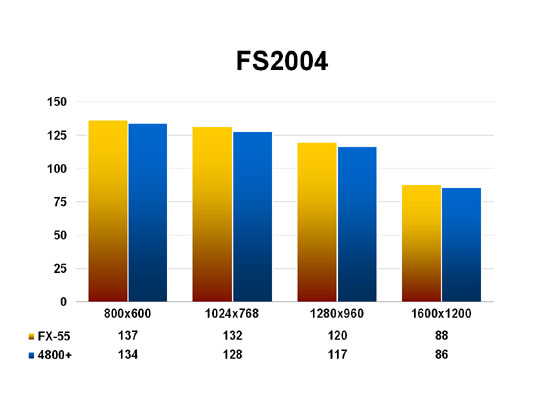 The 4800+ trailed behind the faster single-core processor by only a few frames across the tested resolutions, though both CPUs saw the frame rate dip sharply at 1600×1200; regardless, the frame rate difference between the two CPUs would be imperceptible during game play. As the testing of flight sims that lack multiprocessing support continued an obvious pattern quickly emerged of the FX-55 marginally outperforming AMD’s dual-core processor.

Pacific Fighters, patched to version 3.04, was tested in OpenGL with all video options set to medium (normal for Objects detail) using the in-game F4F vs. G4M track. 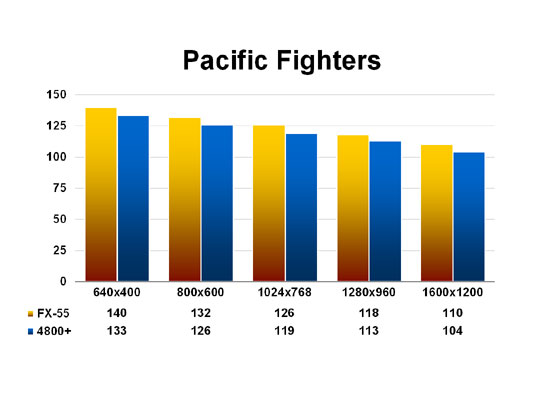 The pattern of the FX-55 slightly outperforming the 4800+ continued with Pacific Fighters, though both processors maintained a three-digit frame rate even at 1600×1200 while running this particular track. The 4800+ managed to stay within a 5-7 frame distance behind the faster single-core FX-55 across the tested resolutions, so the performance difference between the two CPUs was again rather negligible.