Insane Setting. Only the 2.93 GHz X6800 pulled out a double-digit frame rate in this category, though barely outperforming either of the other two processors. Maximizing all available options in FSX might be viable in, say, several years from now. Until then, Ultra High will remain the best that can be wrung from FSX for those with high-end PCs. 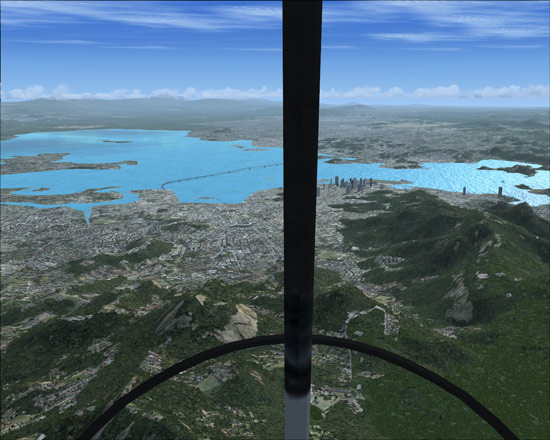 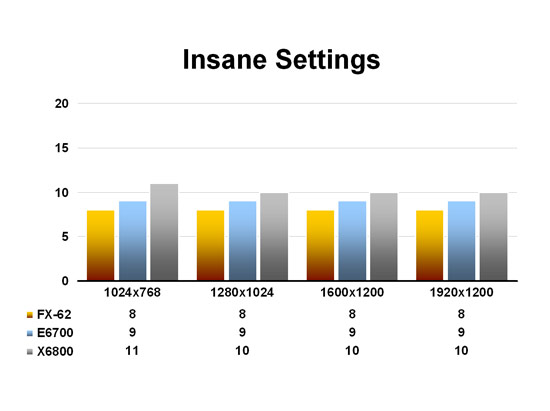 Without a doubt, FSX is almost 100% constrained in its performance characteristics by the installed CPU. From the benchmark scores above, Intel’s Core 2 parts outperformed AMD’s fastest by a significant margin, though at higher settings there’s very little frame rate variance between the two Intel processors despite the 266 MHz clock speed advantage of the X6800. Worse yet, SimHQ just tested the new quad-core processor from Intel, the Core 2 Extreme QX6700, which saw absolutely no performance gains from its additional cores; Microsoft simply failed to optimize FSX for multi-processing, a curious situation considering how bottlenecked the title is by a system’s CPU and the fact that both Intel and AMD have had mainstream-priced dual cores on the market for over a year now. Which leaves us wondering if, and to what degree, optimizations for SMP may be included with the upcoming Windows Vista / DX10 patch? Time will tell, but until then Flight Simulator fans with mid-range systems will either stick with the older 2004 version of the series, dial back the graphics options in FSX, or accept the cost of a processor upgrade for their home system.