A truly beautiful and deeply satisfying masterpiece. This is my favorite game of the Jane’s Longbow series. Unparalleled realism, hugely involving gameplay, challenging missions, tense moments and the ability to employ real-life tactics — make this sim THE one for any self-respecting hardcore rotorhead to own. There is so much great attention to detail, and so many pioneering features in this sim, that I have only covered the major points in this article. It would be impossible to document all the remarkable aspects of the game. 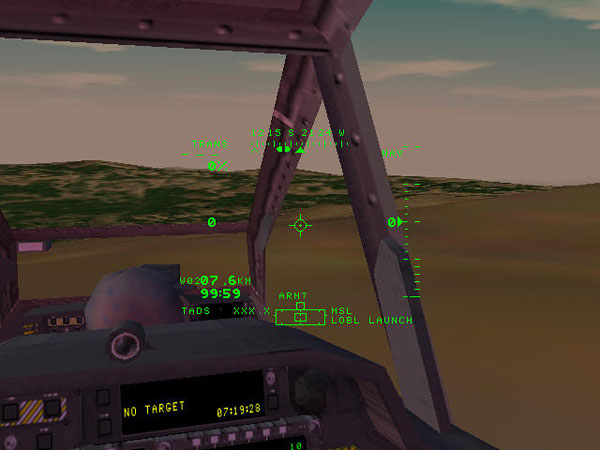 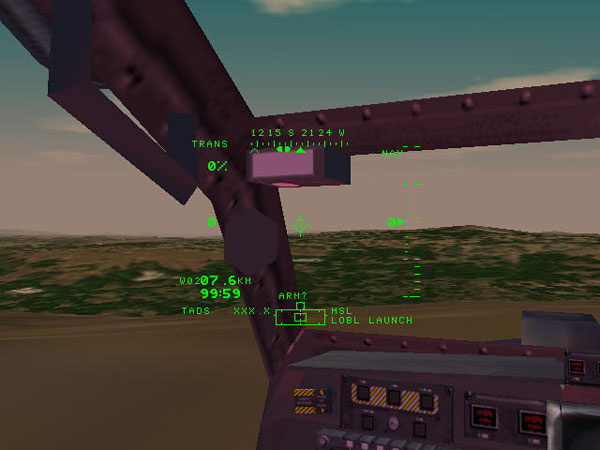 Released as the last installment of the series in 1998, Longbow Anthology gives you Longbow Gold andLongbow 2, with a shortened manual. In Longbow Gold’s case, we’re talking about AH-64D Longbow, the Flash Point Korea add-on, fully patched and with the Windows executable. Longbow 2 comes fully patched also. So, this is the whole lot in one box… pretty damn sweet if you ask me. This particular package is quite rare these days, and the price shows it. On the internet shopping web site Amazon.com, I’ve seen a second-hand copy of this on sale for $99.99!

Well it has been known for a while now that there would never be a Longbow 3. Origin, the games’ developers have died out and Jane’s no longer have a hand in PC sims. The only remaining company involved is Electronic Arts, who published the game. Of course, there has been Longbow sims released since LB2 made its debut, but none have ever really had the guts to rival it. Graphically superior in many ways, what most of the ‘new generation’ helicopter combat sims make up for in looks, they lack in realism and depth. I for one, have never played a chopper sim as satisfying as LB2, even today… ten years on.

Ah yes, that brings me onto the 10th anniversary of LB2. In November 2007, it will be ten years since this beast was released. I guess this article could be classed as a bit of a tribute to not only LB2, but the whole Jane’s Longbow series. Ten years is a long time in the PC games industry, and us sim fans have seen games come and go. We’ve had high expectations of many unheard of game companies heli sim releases, only to be sorely disappointed once released, bought, patched and extensively tested. Longbow 2 is still the king!

Absolutely no third-party additions have been made for Longbow 1, Flash Point Korea or Gold. These titles have all but been forgotten about now, what with lack of interest and the enormous difficulty getting them to run on modern PC systems. Not much in the way of ‘modding’ has been done to LB2 either. Modding means where a game has been MODified, whether by an actual big-name games developer or simply by bedroom programmers. Many programs have been made for LB2, and include pilot editors, terrain height editors, mission editors and so on. There was even a mission editor conceived, but due to it not being official and the complexity of it, it never really took off. Pardon the pun. Not for the lack of enthusiasm or talent, but LB2 remains pretty much untouched mainly because the source code was never released. If it had of been, fans of the game that had any level of programming skill could have reached into the heart of the game and made drastic changes. Not that the actual game needs any changes regarding realism. I suspect that minor bugs would have been dealt with and aspects such as the inclusion of trees and more buildings, AI behavior would have been enhanced, new real-life Longbow upgrades would have been incorporated into the sim, and graphical changes — allowing for higher resolution models and terrain with sharper textures.

A handful of elaborately scripted missions for LB2 were made and released by a fan called ‘Shadow’. Only five missions to his name, but he showed that it could be done. These missions are immersive and challenging. Friendly aircraft fly over your head as they return from missions of their own, and formations of enemy armor wade into friendly positions, these are great fun to play. They have been favorites with the few who play the sim in online multiplayer for some time, as they allow for the employment of real-life tactics, and are on par with the very best missions that came with the game. A few other fans made some missions in the earlier years, but crediting these authors is more difficult because years ago not everyone bothered with putting their name with their work. I, ‘Flyboy’, saved out a bunch of missions that I’d played and proceeded to edit them. I changed various weather conditions, time of day, reduced some SAM threats and limited loadout options… but never actually made a mission from scratch, so to speak.

Terrain editing was also a big thing. A guy named Keith Bedford produced a tool where you could put new textures into simple low-res terrain. Object placement was never really mastered, and it would have been nice to have the amount of buildings and terrain features that were present in LB1 and many other games. Trees ranked highly on the ‘wanted’ list, but again, this was never done. Trees especially, would have made for even more realistic gameplay, allowing masking and the use of the ‘bob-up’ maneuver, as well as simply being a real feature.

The aforementioned mission editor was a product of Richard ‘Flexman’ Hawley. This guy contributed greatly to the LB2 cause in the early days and is a bit of a hero to fans of the sim. He also made a number of other programs, created a strategy guide and had a brilliant Longbow fan site. Unfortunately, he is no longer active in the online community anymore. KC ‘The  Punisher’ Perez made a pilot editor. Various others contributed along the way.

Not intentionally made for LB2, but DEGE and zeckensack have made glide wrappers that have had very good success with LB2 in 3DFX mode. A ‘glide wrapper’ is essentially a program that will emulate 3DFX Glide using existing modern graphics cards such as those from ATI and NVIDIA, without having a 3DFX graphics card itself (which are no longer produced). Generally, the creation of DEGE is favored. It is widespread knowledge that the ONLY way to play LB2 is in this graphics mode, and it has been said that these tools actually provide better graphics than Voodoo cards themselves!

I created a sound pack upgrade for LB2 a short while back. I basically replaced aircraft, vehicle, weapon and warning sounds with new ones that I took from various other full games and demos. I made this upgrade just to breath new life into this old game really, and so I could say that I’d done something towards the effort. I also created a LB2 fan page, which, after huge success I later turned into a full site. Here, I host and link to all the major and minor programs and tools required to make LB2  accessible on modern PCs. May I just take this moment to mention ‘PositiveG’, who has contributed greatly on getting LB2 up and running on new systems using Windows XP and beyond.

So, it looks like LB2 will still be around for some time to come… but as it is, with no major mods being seen in the near future.