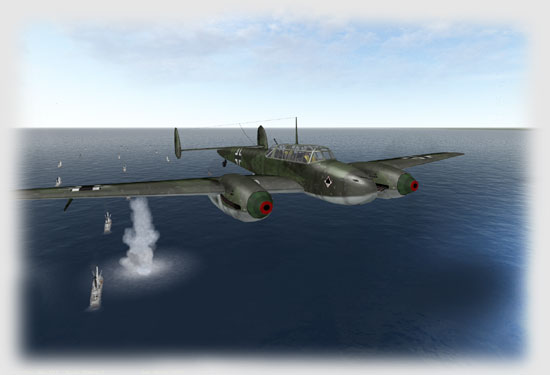 Background on One of the Major Turning Points of WW2

The Battle of Britain has been called one of the major turning points of WW2 although the overall importance has often been debated. In August of 1940 Great Britain literally stood alone against the power of the Axis forces. France, Britain’s closest ally and the only continental power fighting the Germans, collapsed in a matter of two months to the blitzkrieg thrusts of the Wehrmacht. Although the British were able to evacuate most of their expeditionary force from Dunkurque, the English were low on supplies, equipment and morale. Few people in Germany thought the Brits would hold out very long. To be honest there were few in Britain that thought they could either.

After mulling about in France for about a month, the Germans started to get serious about knocking out the Brits. While the Germans were great at land warfare their knowledge of amphibious operations was very limited. So was their equipment. To facilitate the capture of the British Isles they brought almost every serviceable barge from Germany and tried fitting them for the cross channel invasion. While this motley collection of invasion craft probably would have transported the Heer to the coast of England, they were extremely vulnerable and would need close protection.

That meant that two things had to be neutralized before any kind of invasion could be attempted. First the Royal Air Force, mauled but unbeaten in France, had to be kept clear of the invasion beaches. The RAF had to be destroyed so as to allow for total air supremacy over the English Channel. This was due to the other problem that had to be neutralized: the Royal Navy. The Kriegsmarine was way too weak to actually attempt a toe to toe fight with the dreadnoughts of the finest navy in the world. The only way to stop the battlewagons of the queen from ripping the light ships of the Germans apart was to keep them at bay with airpower. That couldn’t happen as long as the RAF was in any kind of control of the English Channel.

Herman Goering had a plan to bring the Royal Air Force to heel. The varying degree of success or total failure of each phase of the plan is a basis for the various sections of the game. Initially the attacks concentrated on shipping in the English Channel. The thought at the time was that these attacks would bring the British out to fight. This would have been a fight on relatively neutral ground and the overwhelming numbers in favor of the Luftwaffe would have quickly spelled doom for the RAF.

Dowding resisted this temptation, allowing the Luftwaffe relatively free reign over the channel but fighting hard if the Germans tried flying over the home islands. Eventually the German command realized that this would not bring the big confrontation that Hitler wanted. It was decided then to attack the airfields and radar stations of Britain.

While fighting on the ‘home turf’ of the British, the Luftwaffe still possessed an almost 2:1 advantage in front line fighters and the bomber strength was almost irresistible. This led to some of the most vicious air to air combat of the war with hundreds of aircraft dueling in a manner never seen before. Air Vice Marshall Dowding cleverly rotated fighter squadrons into the battle and the Germans began to wonder if the Brits had an inexhaustible supply of fighters and pilots.

Still, the attacks were wearing the British down and they were coming close to the breaking point. Their forward airfields were fast becoming unusable, their aircraft numbers were finally starting to drop, and most importantly their pilots were being lost faster than they could hope to be replaced. While still inflicting serious losses on the Germans, they were close to being overwhelmed.

One night a German bomber accidentally unloaded its bomb load over London. This was expressly against Hitler’s orders but Churchill grasped upon the happy error and ordered a counter attack against Berlin. An enraged Hitler ordered London bombed to the ground leading to the third phase of the attack.

On September 15th, instead of heading for the airfields like before, waves of German bombers went to London. Semi surprised by the tactic and weakened by the earlier attacks, the RAF could do little to protect London. For the next few weeks the Germans ravaged London and surrounding towns. The damage was horrific but it also saved Great Britain. During this time the RAF was given a reprieve to rebuild and rearm, to repair airfields and train staff.

By the end of September Hitler realized that air superiority would not be achieved over England before the fall weather made landings next to impossible. He canceled Operation Sea lion (the codename for the attack on England) at the end of September and by the 28th Axis bombers were relegated to night bombing attacks on London. Even these piddled out over the next month. While they still caused damage to British cities in the end, they did little to knock Britain out of the war.

From 1941 on the aircraft and pilots of the Luftwaffe were needed elsewhere, in the great attack against Hitler’s biggest potential opponent, the Soviet Union. England was never seriously at risk of invasion or conquest.