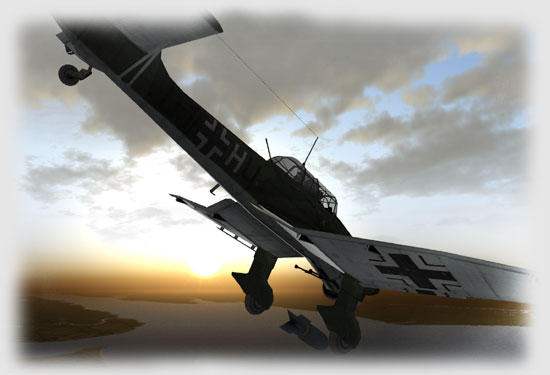 While BoB had the most potential, and was by far the most ambitious of the WW2 flight simulations released, it also had the most problems. Like any game that pushes the limit it sometimes tripped over itself. Graphic bugs, crash issues, stuttering, poor multiplayer and a quirky flight model plagued a game that excelled in so many ways. What hurt even more was the release of the other three titles. WW2 Fighters was graphically much better than BoB, EAW had similar numbers of aircraft but it was more stable and had an excellent campaign in its own right. Combat Flight Simulator had the FS pedigree and scalability that made up for its shortcomings. Having Microsoft in its title didn’t hurt either.

The relatively lackluster sales of Battle of Britain, among other things and other games, helped to spell the end of Rowan and Empire Interactive. One of the best flight simulation companies went out of business not long after Battle of Britain ran its final route on the shelves. As one of the final accessions to the fans who continued to play BoB despite its bugs, Rowan released the game source code.

Almost immediately (actually before the release) people began working with the code to help eliminate many of the problems that were found in the game. Most of the crash bugs were squashed with the help of groups like the Battle of Britain / MiG Alley Developers Group. These guys came up with several fixes and graphical improvements (the latest is BDG 0.99) which brought the game up to about 2000-2001 levels of graphics and stability. They also added some really nice features not found in some more modern games, like TrackIR compatibility.

About nine months later (I think, I will find out if I am wrong) Scott Gentile at Shockwave decided to release a remake of this venerable title. Using several members of the BoB / MA group on the project he worked to make a much more modern and stable version of the original game. The goal was to take the great things in the original game and either keep them or improve on them while fixing some of the major problems that plagued the original title.

I got to see the preview product of the game at E3 earlier this year and was very impressed with what I had seen. The game looked pretty close to release three months ago but Scott was patient with the title and wanted the game released on his terms. According to Scott this was a project that was a little more involved than he originally expected and getting this thing out to the public was a lot more work than he initially planned.

GMX released the title in England about a week ago and Scott arranged for me to get a copy for review. As of this writing the title has not yet been released in the US but should be out shortly.