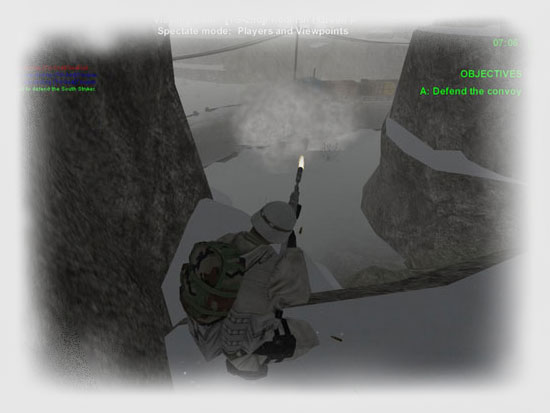 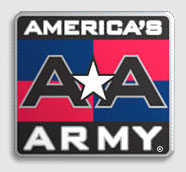 Back in 2002, I heard the U.S. Army was getting ready to release a free computer game for recruitment purposes. I love America, and I love the Army (heck, I spent just over ten years in it) but I was skeptical. What would the US Army know about making a computer game? How exciting or fun would this game be if it’s a “recruitment” tool?

Well, America’s Army was released for free to the public on Independence Day 2002, (at least they had a good marketing team), I downloaded it immediately upon release and now it’s the winter holidays of 2005, and I’m still playing more America’s Army then any other game.

What does the Army know about making a computer game? A whole lot in my opinion. I would gladly spend 50 bucks for this game, but thanks to me, and my fellow American taxpayers, we get it free. HOOAH!

The America’s Army game has had 18 public releases and updates since its initial release of America’s Army: Recon (v1.0) on July 4th, 2002.

In that release you had a number of training missions like the obstacle course, qualification with your M16A2 rifle, other U.S. military weapons like the M249 SAW and the M203 grenade launcher. Training then concluded with MOUT (Military Operations on Urban Terrain) tactical training.

The game released with a small number of fun and very well made missions and maps. The maps were the famous bridge crossing, HQ raid, insurgent camp, MOUT McKenna, pipeline, and collapsed tunnel. On a few of the missions you could use the MILES training system, which was a nice change from regular weapon fire, at least at the beginning.

I won’t list all 18 updates, since most were correction patches. Below is the list of updates that were quite significant, or added something new. It shows the dedication the development team has with this game. We will probably see more updates in the future.