Meanwhile, more good news! A fresh group of tanks and the last infantry group of our platoon arrived, and was immediately ordered to move forward and help secure the hill, as well as drive back the remaining Polish forces. 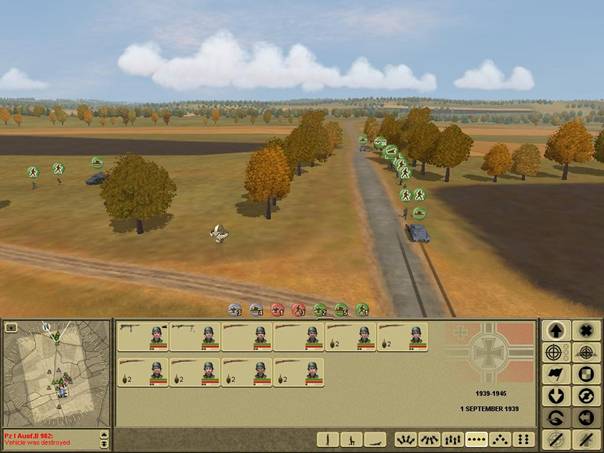 While the Polish tank on the extreme right flank was neutralized, a new threat appeared near the windmill a short distance behind the hamlet, as two guns opened fire from their positions there. 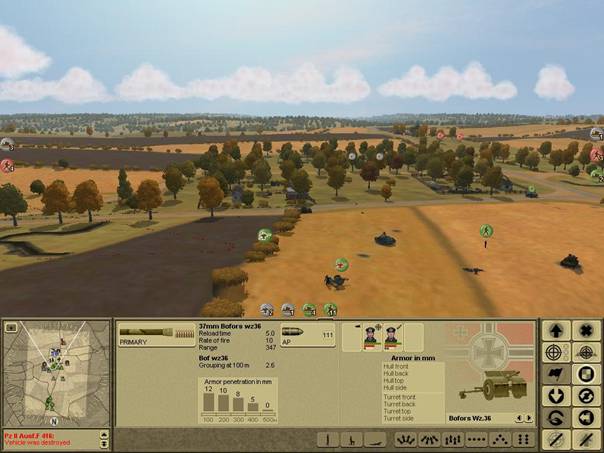 The reinforcements were ordered to engage the two guns, while a couple of tanks was tasked with securing the right flank and flush out any remaining tanks, or, if none were available, to neutralize their crews, so that the infantry would be able to take up positions in order to be able to engage the new guns. 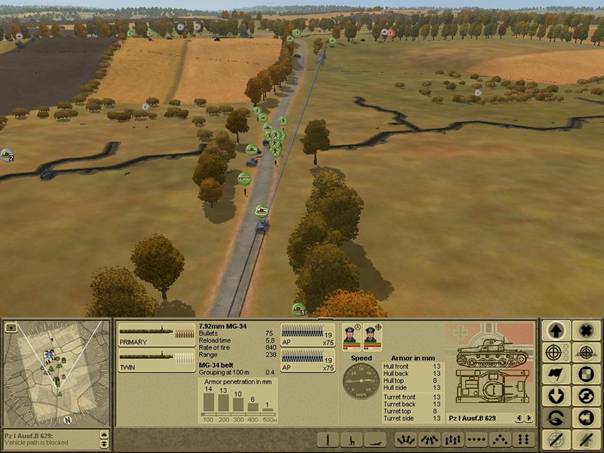 The tank crew was dealt with swiftly. 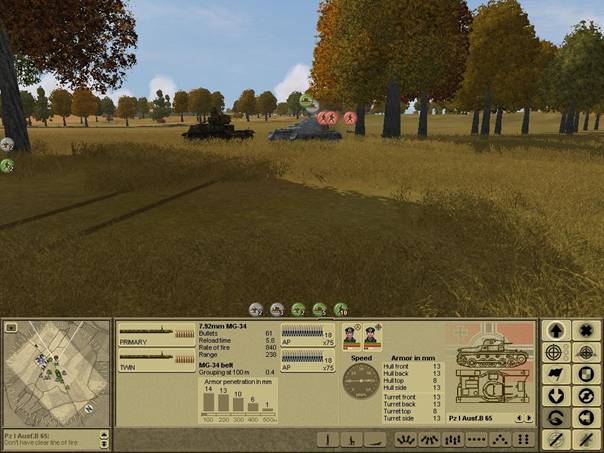 And while the fresh infantry group stormed forward to take positions in the last trench line, which had been left unoccupied by the enemy, the soldiers manning the captured enemy guns on the hill — not in a position to support the last push from there — were ordered down and into the hamlet and to man the enemy guns there which had been neutralized in the meantime. 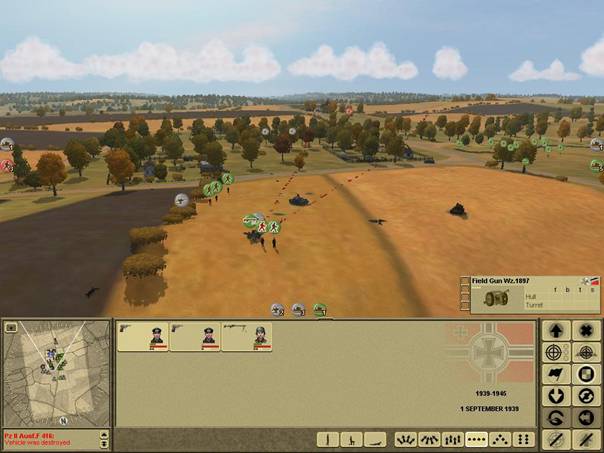 The infantry is moving into position and opens fire on the enemy guns. 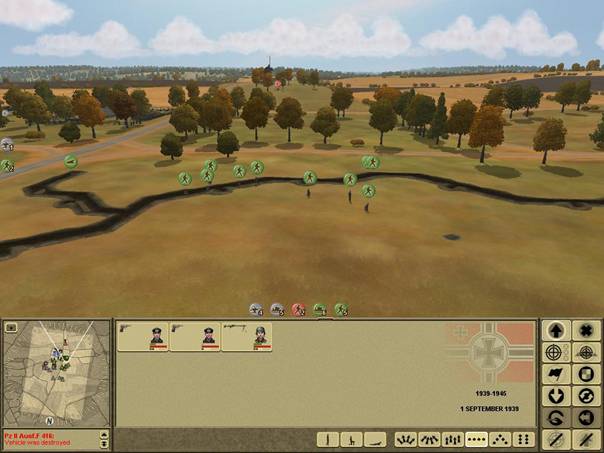 The Polish soldiers fight back, but by now there are simply too many targets to engage. 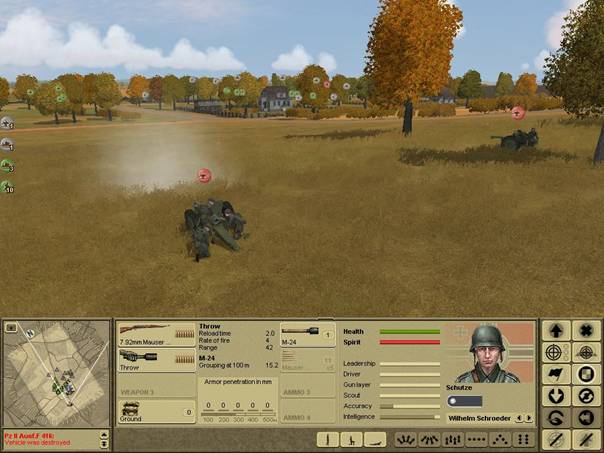 Meanwhile, the soldiers from the hill reach the abandoned guns in the village. 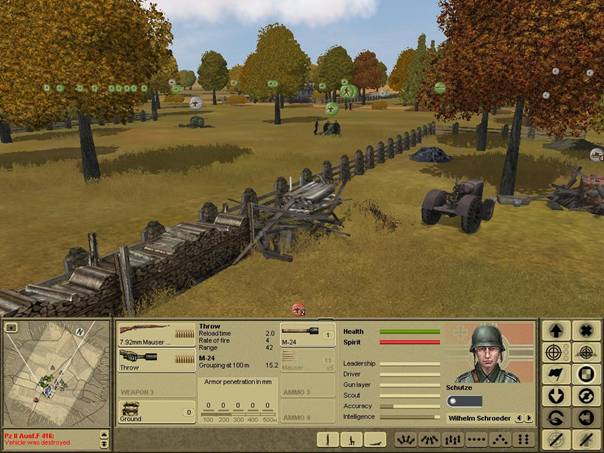