OneShot: What are you most proud of in making Dangerous Waters and what is your favorite feature?

Jamie: My favorite feature personally has always been the Mission Editor just because I think it is one of the most powerful user tools that has been released in our genre… well, ever. I always enjoy throwing together a mission loaded with dynamic groups filled with dynamic enemies who will be placed in dynamic locations (try to say that 5 times fast!). The player just never knows what he’s going to get.

I think the multistation functionality is very fun and yields some very compelling team-based dynamics to our games that had been missing (especially with crews communicating via voice-over-IP applications). The first time we prototyped this feature in the game dev lab we definitely had a “this is going to be pretty cool” sort of moment. There is certainly some functionality that we would have liked to have added, but like any new and innovative feature there’ll always be room for improvement. 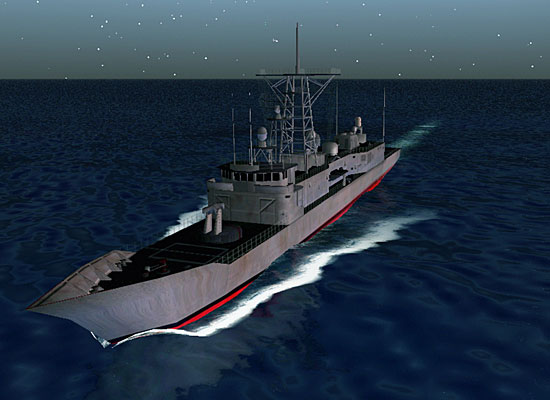 OneShot: There has rightly been a lot of praise for the Sonar model in Dangerous Waters. Full credit must be given for S.C.S. for not taking the line ‘that good, is good enough’. With the latest patch S.C.S. have greatly improved upon an already good model, resulting in players now being able to reliably use tactics that can be picked right out of books on Naval Warfare. Does S.C.S. see room to raise the bar even further and expand the Sonar model even more?

Jamie: There’s always the chance to improve upon anything we do, but one thing is for certain, the Sonar model has come a long way since the days of 688(i) H/K in 1997. The sound propagation model, the thermocline layer modeling, and the impact of environmental factors — they all effect whether the user can detect the enemy and they dictate the tactics/strategies that he could choose to employ.

Our simulations have always been a game of “cat and mouse”, and the believability of our sensor modeling goes a long way towards the enjoyment which that style of play brings to the player.

OneShot: Another great and pretty unmatched feature of Dangerous Waters is the ability to crew the same platform with multiple players at the same time. This has raised the bar for other sims and peaked the interest of many players. Can you elaborate some on the development of this feature and the effects on game play?

Jamie: We had prototyped multistation in a previous government trainer (to a limited degree) sometime after the release of Sub Command. The customer was ecstatic about its “team-based training” applications and detailed the ways in which he would be utilizing it for his team(s). There had always been some rumblings on the user forums about the potential for such a feature, and so when the feature list was started for Dangerous Waters the “multistation” functionality was at the top of that list.

The effects on gameplay are fairly widespread in that it allows a crew of players to operate as a singular unit that exceeds the performance of a single player manning the platform alone (even with autocrew enabled). The satisfaction of a team of crew members collaborating together to achieve a single kill is very tangible and very believable. When you start teaming up multiple crews working in the same mission space together to “detect, classify, and engage the enemy”, the level of enjoyment continues to grow and Dangerous Waters really shows its full potential. In the long term, we feel that this feature will be the strongest addition to the genre by Dangerous Waters as will the diversity of platforms that the player can command and control. 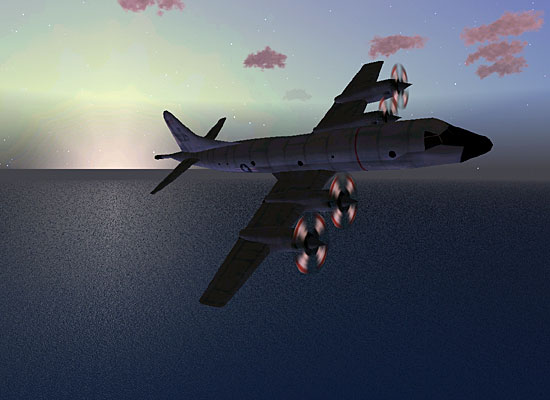 OneShot: A very valuable tool especially in Multiplayer games with multiple platforms on each side is the Link system, which provides the players on the same side with a very handy way of sharing information. Can you tell our readers about the development of the Link and the future of this system in Dangerous Waters?

Jamie: The Link is an interesting feature, as it’s described in the manual:

“Commanders of the FFG, MH-60R and the P-3C will see the Nav Map (and Geoplot) NTDS symbols for Link participants and all contacts currently held by Link participants. Submerged subs will not see Link data on the map at game start. Subs see Link data only when at comms depth with the radio antenna extended or when the floating wire is streamed and Ownship is shallow and traveling slow enough to receive data. Once your sub is out of radio contact Link data are no longer updated.”

So what the Link does, in terms of gameplay, is it continues to strengthen that “team play” dynamic in multiplayer and multistation play. Players can mark their confidence in their local sensor contacts and then promote those contacts to the Link for other players to process and potentially engage if they are in a more advantageous position to do so.

In single player, the Link enables the player to interact with his A.I. allies in a similar manner. If the player promotes a contact to the Link at a “Low” or “Medium” confidence level then the A.I. will try to further localize that contact and accurately classify it to gain a better assessment of it as a potential threat (and to assist you). If the player promotes a contact of “High” confidence (which is marked as Hostile) then the A.I. will use the appropriate weapon to engage it and do so immediately. This gives the player some influence over his allies and affords him the opportunity to perform reconnaissance and other covert missions while allowing the A.I. (typically surface platforms with long range surface and strike missiles) to do the “dirty work”… which can always be fun as well.

OneShot: What is the future of Dangerous Waters and the big question… will there be new playable platforms and if so, when?

Jamie: The future is in the hands of the consumer and the success of Dangerous Waters. With the retail release it is our hope that we will be able to grow a sizable customer base that can sustain future playable platform add-ons. That has been our aim all along and we would certainly love to add to the Dangerous Waters universe for some time to come.