Here is a trivia question. How many times can you change the name of a video game before people start to lose complete track of it? Well, if you are 1C and company, three is just about right. In 2005 I got the chance to look at a preview version of what was then called World War II RTS (WW2:RTS). Granted this was an temporary name for the title, but it has held on so long that this interim name had become essentially the de facto name for this upcoming title for several years.

This game has undergone a couple of publishers as well before finally settling in with the final name, Theatre of War. Battlefront.com, the publisher, is one of the premier names in current wargaming, bringing titles like theCombat Mission Series to desktop computers. I have sung the praises of some of these smaller companies like Battlefront for a long time. They have taken titles that may have slipped by most gamers and allow them to see the light of day.

For those unfamiliar with Theatre of War (ToW), this title is developed by 1C Studios, the same company that developed the insanely successful IL-2 Sturmovik series. 1C generally devotes themselves to flight combat simulations, but this project was of special interest to the team and considerable time and effort was used to bring ToW to life. To be honest, for a long time I considered this title to be on life support. For over a year little if anything was heard and personally I thought it had joined the ranks of the “undead” games — those titles not officially cancelled but development activity so quiet they drop off the radar in most gaming circles.

Well, I was wrong. Theatre of War is both close to release with the official date being sometime in April. It is a legitimate contender to unseat the Combat Mission Series as the best tactical level wargame to ever be released. I have had about three weeks to play on the preview version of this title, and have developed some fairly positive opinions about the title. Add to this some good news posted about some additions to the release title that didn’t make it into the preview version, and I can understand why the excitement in the forums is building.

Premise of the Game

Theatre of War is a battalion-sized tactical real time strategy game in a nutshell. This is a combined arms game that requires proper use of armor, infantry and artillery to accomplish goals. Individual units are clickable, individual soldiers are clickable and you have the option of ordering any unit or soldier where you want on the battlefield to perform certain tasks. This is a real time game which means that the action goes on all around you while you are ordering units to perform various tasks and objectives.

The focus of the developers was on the European conflict. The units involved in the game represent the forces of Germany, the Soviet Union, France, Great Britain and the United States. Unfortunately the “minor” power of Italy wasn’t represented in the game, although I think it should have been. Italy fought in the conflict from 1940-1944 and had units fighting in North Africa, Italy (of course) and in the Soviet Union. While often considered a less than desirable combatant, it was a member of the Axis and as such there are no other Axis countries to play besides Germany.

The goal of the game was to create an RTS that was as detailed as some of the better selling games likeCompany of Heroes (CoH), but with a dedication to realism that many mainstream RTS games tended to ignore. Lets face it, CoH is a fine game, but in reality it is a game much more similar to Command and Conquer than theCombat Mission series. What this means is that Theatre of War may not sell the volume CoH sold, but it probably will still be played on computers long after CoH becomes passe. 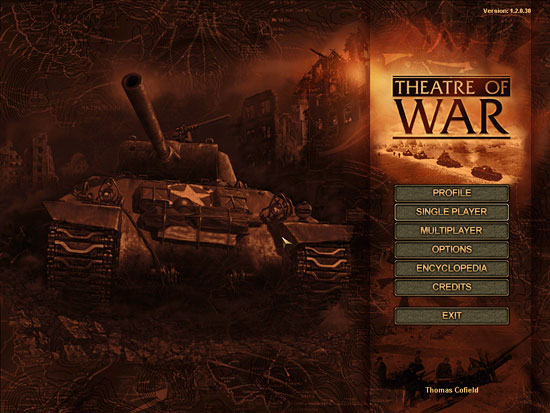 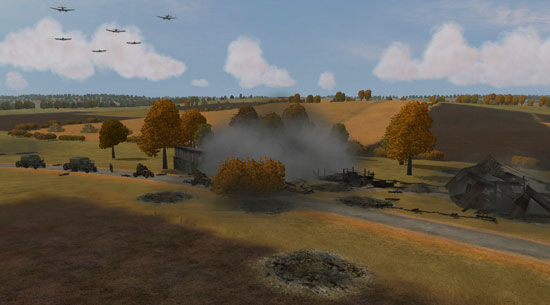