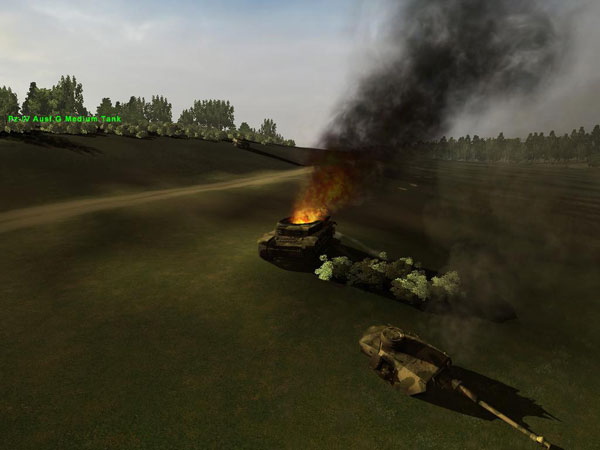 Well, the gameplay is really only as good as the mission maker who scripted the events. You see, you are an actor; a star of the show, your media is the big T-34 tank or the huge Tiger tank. You’re meant to receive your mission, go from point A to point B to point C, and engage targets that have been scripted into the mission, before they engage you. In the missions there is little to no leeway. Especially if you have a few other tanks with you. Since you have no control over them, they will follow the mission designer’s script; to succeed you pretty much have to follow that same script. If you choose to flank an enemy, and it hasn’t been scripted with the other units, then you will flank alone. The point I’m trying to make, is that this is a great WW2 armor story, but you’re here to play the role as the main tanker. There is not much room for tactical planning or maneuvering, unless the mission maker scripted it in. You control your tank, 100%, nothing more, nothing less.

And that is the same with the AI. Your individual tank AI members that you turn on are pretty good, matter of fact, a little too good. My gunner can spot targets through the forest and engage them, but when I switch to the sight all I see is trees. The driver will move upon your order forward, back, left or right, and apply the handbrake. The AI TC will identify and call out targets but when I move to that position I see nothing. So your tank AI is good, too good. But all other AI in the game is all based on scripts. You’ll see infantry and sometimes even support planes, but they never really do anything. They’re mainly there to add to the combat environment. I see the infantry running around waiting for you to shoot them or run over them. I see the planes fly overhead but see them do nothing, thou I did think I heard a couple of bombs fall in the distance once or twice.

So basically what I’m saying, the gameplay and the AI are really all based on the scripting of the mission. The included missions are done well and are fun, and I assume realistic in nature, maybe at a smaller scale then the real battles occurred. Any new missions will only be as good as the mission designer with the mission editor.

I definitely need to mention that WW2 BT supports the Natural Point TrackIR, and it works great. You only get 4 view support, but that’s enough for this tank game. 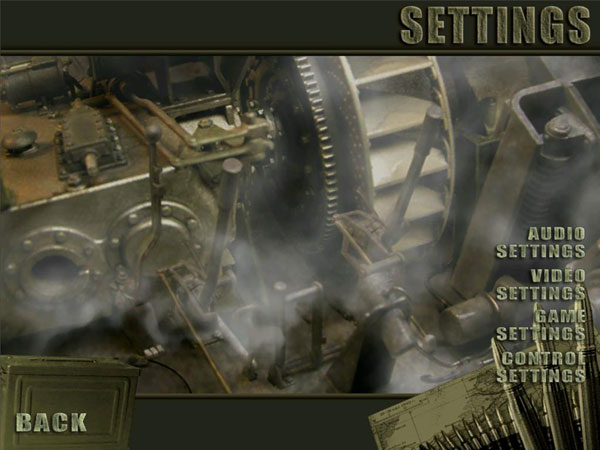 The single player consists of two campaigns, with six missions in each campaign. There are no tutorial missions, or single missions, and you must complete the two campaigns in mission order, unlocking the next mission only when you succeed on the first. This is fine with me, as long as you make the missions do-able. There are a couple of missions I have failed over and over due to other AI controlled friendly troops not really moving up or helping out till the right trigger is released. The single player missions follow the campaign story, and of course two campaigns follow the two playable tanks. Each mission last about an hour, and for the most part fun and realistic with proper friendly support balanced well with enemy units. The two campaigns are short, at six missions, a piece, which is about six hours per campaign, times two, for a total of around 12 hours of single player play. I was able to complete all the missions, but some of them took some work. My fellow platoon tankers would either stop at a checkpoint and not continue on for a while, while I fought alone, and on one mission my wingman came out of a great hulldown position, drove in front of my sight, and then stopped on a downhill slope to engage targets. Needless to say he quickly died from enemy fire. If he would have just stayed in proper position we could of cleaned up the whole enemy camp without incident. 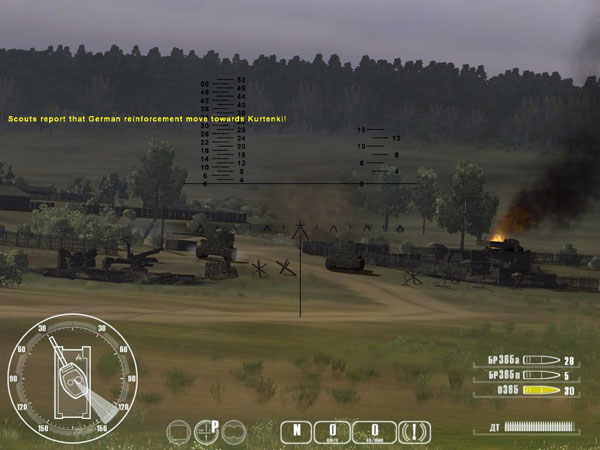