We asked Jamie Carlson, the Associate Producer and Game Designer for SCS – “Dangerous Waters” our readers questions about the much anticipated new Naval Combat sim. First, some background on Jamie. He’s been with Sonalysts Combat Simulations (SCS) since 1997. Besides the Producer and Designer responsibilities, he is also responsible for the SCS-DW web site and other sundry P.R. duties. He has worked on the previous SCS sims Jane’s Fleet Command and Sub Command in various capacities. Jamie has graciously provided several exclusive new screenshots for SimHQ readers. 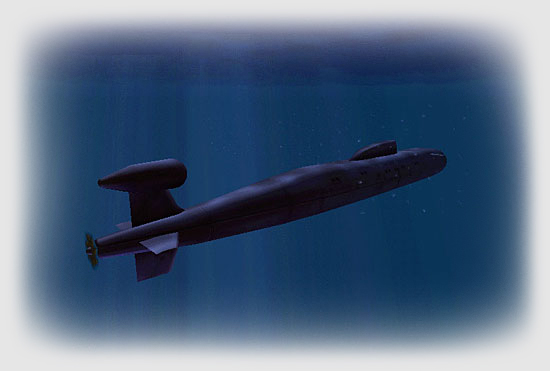 Q. Will there be some kind of dynamic campaign?

A. The campaign is not fully dynamic but will play out in an infinite number of ways. The alliances with other countries can shift as a result of the player’s actions or sometimes just randomly. The story will change with these shifting alliances and the subsequent mission objectives will vary accordingly. The only thing static about the campaigns is the mission locations, other than that, the player has the choice of multiple platforms and objectives to decide upon before starting a mission. That choice of platform is directly related to the role it plays (i.e. mission objectives) and can strategically change the flow of the campaign. The conflict will evolve and the outcome will vary significantly. The campaigns will be HIGHLY replay-able and dynamic in their repeated play.

Quick Mission mode is also available so that the player can take part in 19 objective based missions from ASW patrols, to surface escorts or intercepts, to enemy reconnaissance, or land attacks. This quick mission mode will be entirely random and the player will have control over mission difficulty to enjoy the dynamic mission that best suits their level of expertise.

The Mission Editor has been improved significantly to allow for increased control. The mission designer has more control over the goal logic and a broader range of dynamic elements at his disposal. The quality of missions created for Sub Command was outstanding, and in my opinion the new mission editor in SCS – “Dangerous Waters” will allow for even better missions this time around (that will be highly dynamic and replay-able).

Q. How many player stations can co-op on a single ship’s “team”?