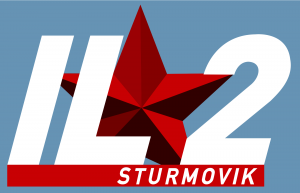 Today, the folks at 1C released an incremental update for their popular flight/combat sim IL*2 Sturmovik. One of the key features of the update is the inclusion of Virtual Reality support via the HTC Vive. However, the support is very early and seems to be encountering some issues, but we’ll talk more about that after we take a look at the overall update.

Aside from VR support, this update adds in a Player Rank system for each side in each campaign. Mission difficulty now depends on rank – meaning, your level stays but no longer alters the mission difficulty. Ranks are also not selectable or related to pilot level. It’s a bit of a confusing change, but here’s a developer summary to shed some light on it:

Ranks are separate for all campaigns, so you can begin a campaign easier even if you are a Major in another one (or in another Air Force in this campaign). Pilot level also influences this, but to lesser extent than before (your difficulty level can’t be lower than second rank if your are above level 5 and third rank if you’re above level 10). So if you’re an experienced player (10+) and begin a new campaign, it will be like playing at Senior Lieutnant (third) rank. A new user would play at lowest difficulty since both his universal ‘level’ and rank in a campaign are low. 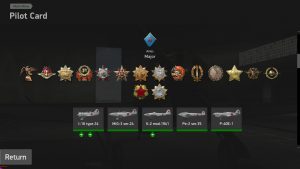 The other big additions with patch 2.002 are the numerous new tanks and ground weaponry. The new tanks, include:

While the new ground weaponry gets four new additions:

The new ground support is part of a push by 1C in recent months to really flesh out IL*2’s ground game and update 2.002 continues that trend. 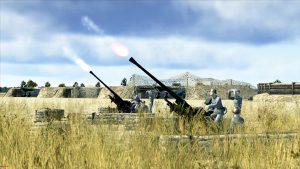 Check the full patch notes here to get more info on what’s been added/changed, including fixes like:

Now, before you go rushing off to drop $800 USD on a Vive in order to play IL*2 in glorious virtual reality… stop and take a breather. The support included in update 2.002 is very new and very much a work in progress. In fact, some players are reporting that they’re completely unable to get the game started in VR, despite following 1C’s instructions. I’d definitely recommend letting the VR market bake a bit longer before forking over all that cash. The tech is still pretty new and very much in need of further polishing.

That said… if you’re fortunate enough to already have a headset, here are some tips on getting 1C’s recent update up and working. 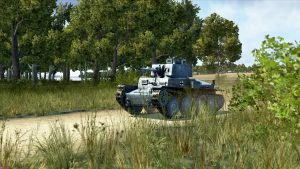 To try it, install Steam VR to install Vive drivers, but close it before running the game, since it accesses the Vive directly. Edit the line or_enable in data\startup.cfg so it reads or_enable = 1 and run the game. If you feel that interface is too close you may also set parameter or_fov_gui = 0.5

Note: startup.cfg is located in the game’s data folder which is inside the install directory.

If you’re still having problems then you might try these solutions.

There’s a high probability that even following the instructions and attempting these changes will still result in IL-2 crashing. It’s probably best to wait for a fix to be released at this point.

However, if you do happen to get it working – head over to the forums and let us know how you did it!