The place to stop the supplies from reaching enemy forces was at the docks at Haiphong. American air crews were not allowed to hit them so they were forced to try and stop them en route along a maze of roads that became known as the Ho Chi Minh Trail. The airplanes came out when the trucks did… at night. One very successful early attempt was to combine a C-130 flare ship as a FAC and two B-57’s as bombers. Relying upon nothing more than binoculars and flares kicked out the back, Bat directed strikes nightly all over Laos.

I have grown to appreciate the B-57s in Vietnam. They were not really ready for what they were sent to do. You could say that about the Air Force in general but the B-57 were snake bit. After a while, though, they became deadly bombers with the call signs “Red Bird” and “Yellow Bird”. They would drop sometimes from a 90-degree dives while the grunts watched the revolving bombay open and close. They had a wing spar like a railroad tie and could take a lot of punishment.

My B-57 stories came from a navigator who was in the initial cadres to arrive in Vietnam. His reward was a slot in flight school so he could get his pilot’s wings. I think the Air Force thought he would be gung-ho and head right back to war. No way. These guys got hit every way imaginable and I doubt many wanted any more when they finished their tours. Chuck Yeager flew one at Phan Rang.

They did a lot of work on the Ho Chi Minh Trail under flares as night intruders. We have several missions from my one source. They are great night missions and YAP makes you fly everywhere all the time.

In this mission you’re supposed to fly in and bomb trucks and supplies along the Ho Chi Minh Trail, with a B-57, at night. At night? Right away I knew I had trouble. I hate flying at night, can’t see you know what. Not enough rods or cones or something. Anyways, you do get the support of a C-130 flare ship named Anvil 11, who will drop flares over the target area and you go in and get them. Nice idea in concept, not so in execution. I could hardly find Anvil 11, even when he left his beacons on. It’s pitch black out there. And did I mention they have clouds at night over Vietnam and Laos? Well they do and sometimes Anvil would just disappear into them. I was so disoriented in this mission. It starts in front of your hangar. Took me 10 minutes to realize that’s where I was. Lots of blue lights in front of me. Where’s the runway? Oh, there’s a plane taking off, I’ll follow him.

The first time I ran the mission, I crashed shortly after takeoff. The second time, as soon as I got airborne, I put the auto pilot on. I could have flown into a mountain and never known it. Of the three times I flew the mission I got to the target area twice. Picked up some oil drums and a bulldozer. But just as quickly, the targets disappeared and I was left circling over an area, keeping an eye on the altitude. Never found the targets again. I decided to drop a flare of my own, just for giggles. Didn’t help, but it was kind of fun to see actual jungle down below me.

So what am I saying? Well, I won’t bore you with a list of my loadout, since I never fired a shot. This mission is just flat TOUGH. I used the Y key to find Anvil, but then that stopped working. I’ll keep trying and if I finally succeed, I’ll let you know! 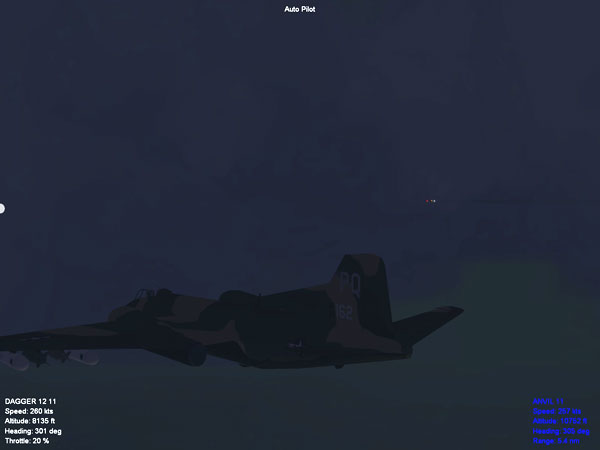 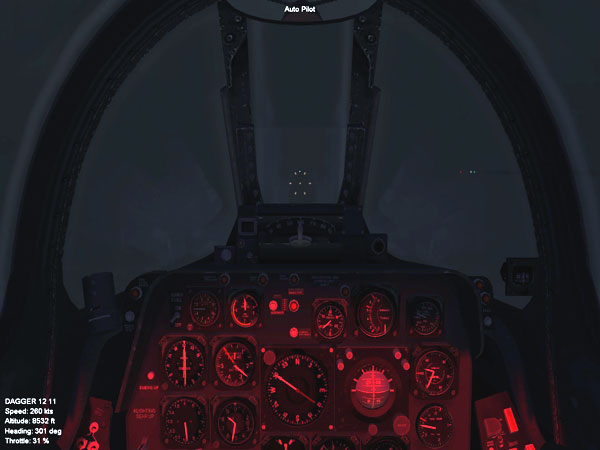 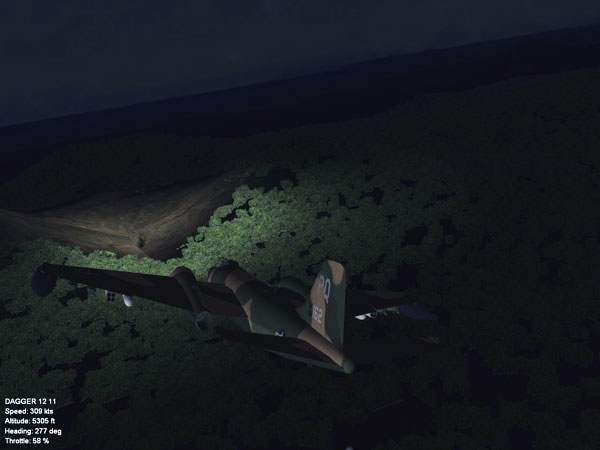 The Yankee Air Pirate 2 Developers Forum at SimHQ is here.