In the early days of Rolling Thunder, it was a common but ill-advised practice to look for targets of opportunity to strafe. But at the time, they were trying to win the war. The North Vietnamese were masters of camouflage and only trained eyes could regularly spot valuable targets. But when you see a steam locomotive, you have to shoot at it.

My first jet instructor was a guy named Gary Donovan. He was the most glum guy I have ever met. We wanted rousing tales of air combat. He was a guy who had seen the Elephant. Some instructors were on the phone all the time trying to get back to Vietnam to improve their career chances. Thud pilots had paid their dues. I finally nagged him into telling me a story. Several came out after that. One he told was of seeing a steam locomotive on the way home from a strike. His father had flown Corsair’s for the Navy and had popped one and witnessed an awesome explosion of steam and fire. So, he brought the big Thud around, selected the Vulcan cannon and blew the train off it’s tracks. Strafing is great in the movies. In Vietnam, it put you down where a spear could knock you down. He commented that the defenses were impressive when they saw him. But you cannot see a Thud for long.

Buick Flight is flying F-105D Thuds and has two assignments in this mission. The first is to bomb and take out a bridge. The second is a target of opportunity, a steam locomotive. We load up with 3 Mk 83 1000 pound bombs, drop tanks, and ECM pods. I am flying as Buick 4 today. My first task is follow Buick 3 into the bridge target. In flight, I spot Buick 3 and the others and tag behind them. Unfortunately, they fly into a cloud bank and I never see them again. What now? I fly on towards the waypoint and then off to my left I see smoke rising above a river. That’s it! I arm up the bombs, set the ripple to 3 and come into target. The flak is just intense, I’ve never seen the NVA gunners so active. I get a good firing solution and let the bombs go. The bridge is in the river instead of over it.

I continue on, still under AAA attack. It’s just ferocious. I later discover that it punched some pretty good sized holes in my left wing. But at the moment I’m looking for something else, and I find it. A train, going down the tracks. All out of bombs, I switch to guns. It’s all I have and it’ll have to do. I try to get a read on the direction of the tracks so I can fly right down the path, but it’s difficult to tell. Still the flak is on me. I line up the gun sight as I get within range and fire, letting the shells walk up the rear of the train to the front. I take out the locomotive, and that’s one train stopped dead in its tracks. I make it back to base and heave a big sigh as the brakes bring the aircraft to a stop. I wonder what’s for supper at the ‘O Club? 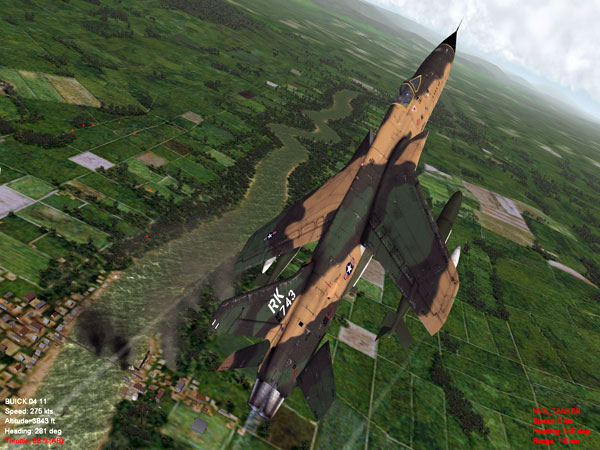 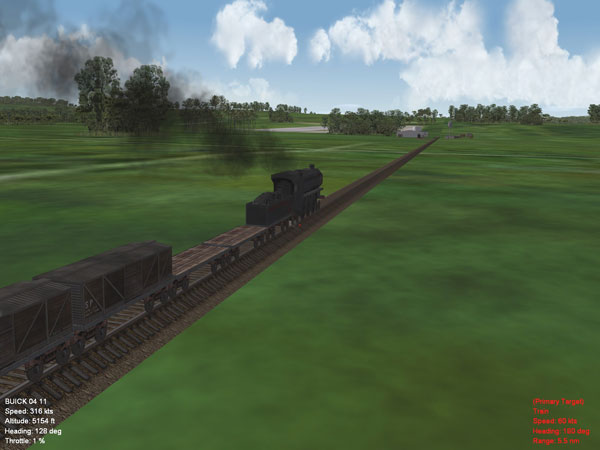 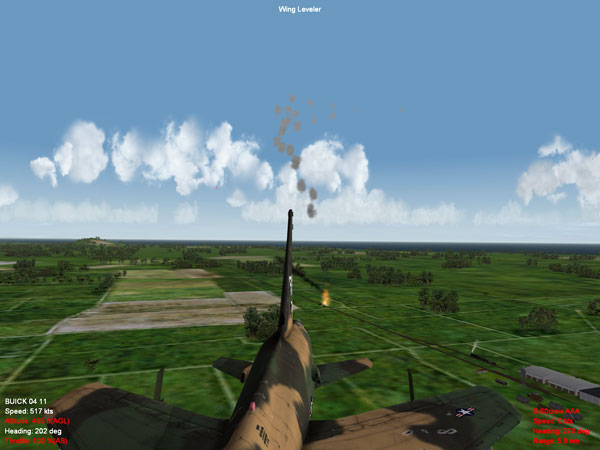 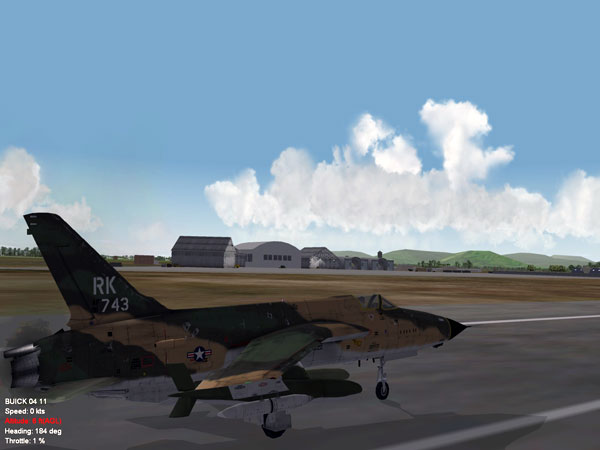