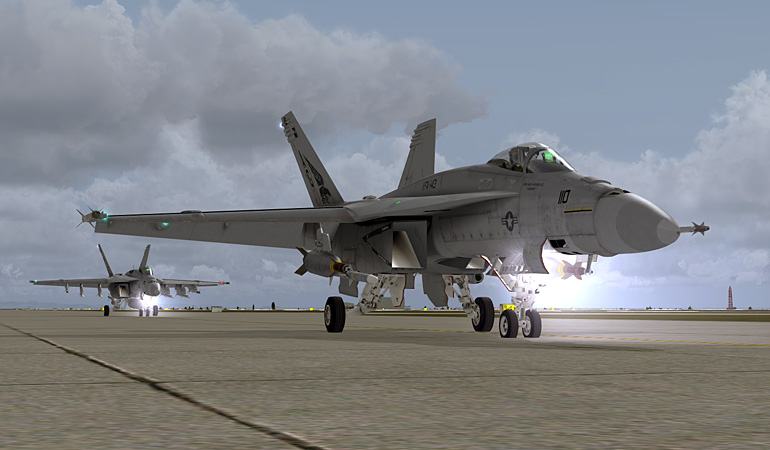 Spoiler Alert: The Vertical Reality Simulations (VRS) TacPack is probably the best add-on currently on the market that allows virtual pilots to employ weapons, making FSX not only a comprehensive civilian flight simulator, but now one of the newest military flight simulators as well. This review will bring up the highlights of what VRS calls the “TacPack”, a significant evolution of their award-winning F/A-18E Superbug add-on for Microsoft’s Flight Simulator X (FSX).

The history of the VRS organization dates back to 2004, with a charter to create consumer and commercial-level military training software based on the Microsoft Flight Simulator 2004 and FSX platforms, as well as specialty products for its defense contractor clients. They have extensive experience in modeling flight control laws on computer systems and have worked out ways to provide fairly high-fidelity solutions on very low budget (read, consumer affordable) computers. According to their web site, VRS’s F/A-18E “Superbug” gained fame over the years as one of the best-selling military add-ons in the history of Microsoft’s Flight Simulator series. 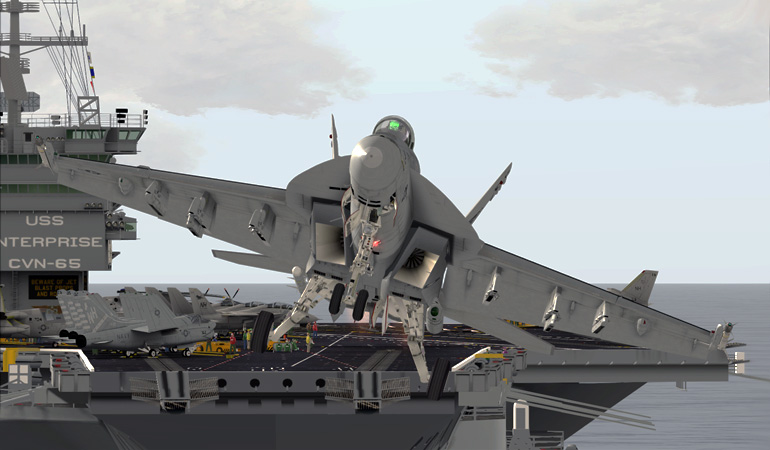 The development team at VRS is quick to point out that the TacPack is not now, nor was it ever designed to provide a combat environment with goal-oriented play. It is a platform from which to build those types of enhancements on via future products from a variety of mod teams. As it matures it will become one of the better ways to go into FSX and experience some tactical fun, be it off-line or on-line.

According the Vertical Reality web site the TacPack package was never a pre-planned project. It simply started out as a“wouldn’t it be cool if…?” conversation within the group. Within a week a video was produced, which inspired the team’s creativity and eventually lead to a formal project that culminated in the consumer product we’re reviewing today. That’s the kind of “labor of love” that often inspires development studios to turn out truly remarkable products. Is that what we have with the VRS TacPack? We’ll soon find out.

The VRS TacPack comes with its own installer so all that is required is a simple click and the usual agreeing to the EULA (end user license agreement). The TacPack also requires activation so the supplied serial number must be entered. Once this is completed the user can then modify various sections of the TacPack to suit their preference.

As veterans of strike/fighter flight sims would guess, there are three modes to choose from: NAV (navigation), A/A (air-to-air), and A/G (air-to-ground). You can access each mode by simply cycling through them by pressing the “m” key or, directly by pressing (or mapping them to your HOTAS rig, of course) the pre-assigned keys:

Pop Quiz: What do you call a tactical fighter aircraft without countermeasures? Answer: A target!

If you frequently found yourself staring forlornly into your Wheaties whenever you thought about toothless tactical fighter add-ons for FSX, well fret and mope no more. With the VRS TacPack you now have the ability to not only fire AIM-9 Sidewinder, AIM-7 Sparrow, AIM-120 AMRAAM missiles, drop a wide array of “smart” and “dumb” air-to-ground weapons, and fire the M61 20mm Vulcan cannon, but also to blow things up. VRS has finally given us the ability to use a virtual strike / fighter in FSX the way they God intended them to be used: to kill your enemies and blow up their toys. To quote the VRS web site, “If it’s a sim object, you can lock it up and kill it.” Likewise, if you roll around the sky like a big, juicy “super grape”, expect your F/A-18 to take various levels of damage from other players’ weapons. You’ve been warned. 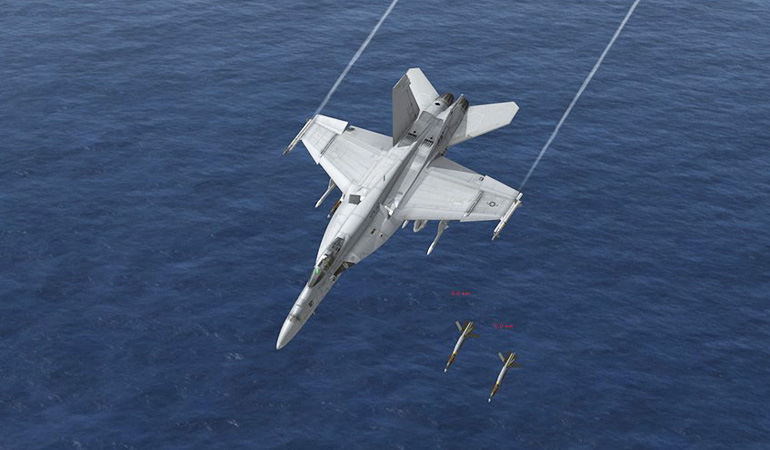 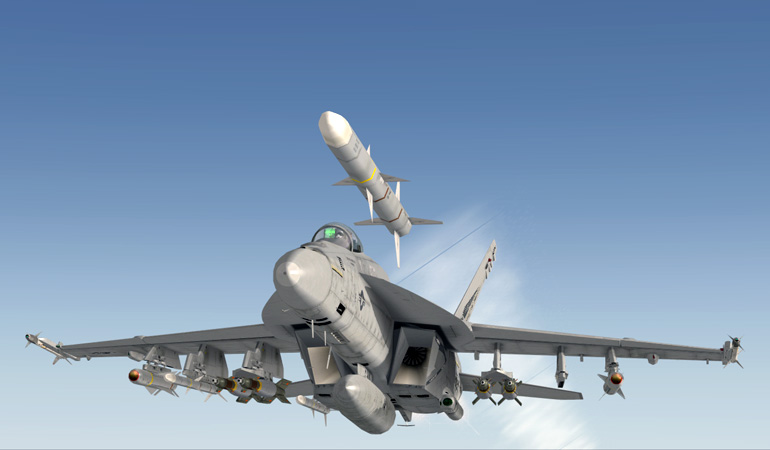 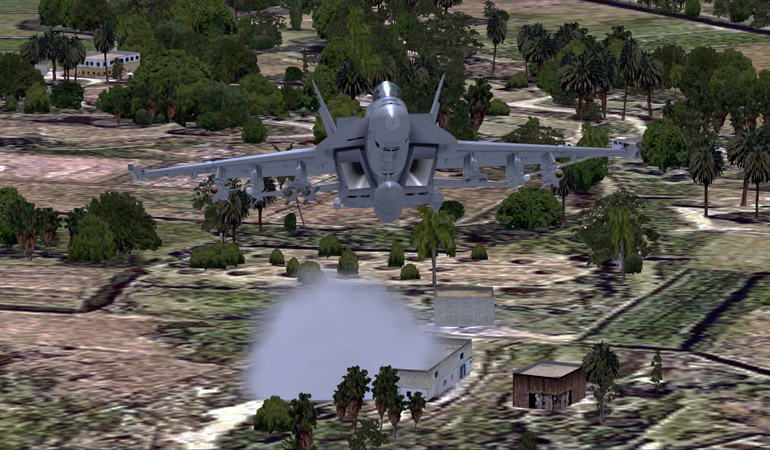 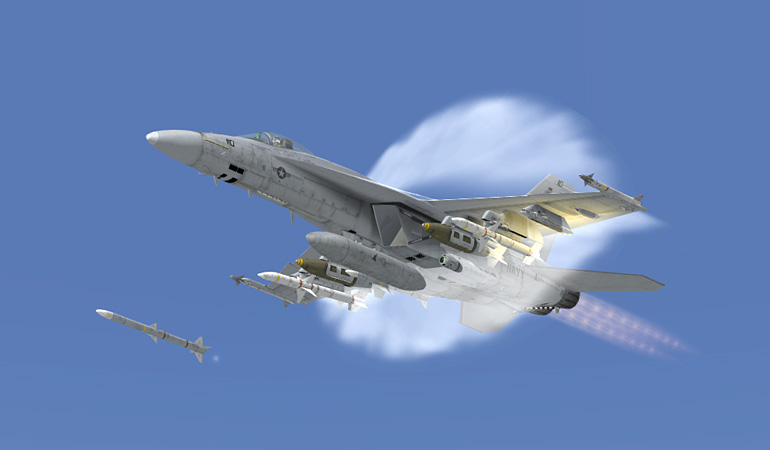 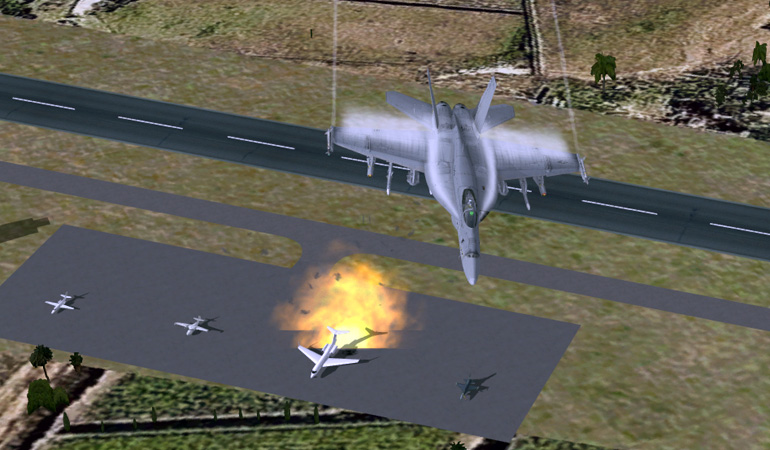 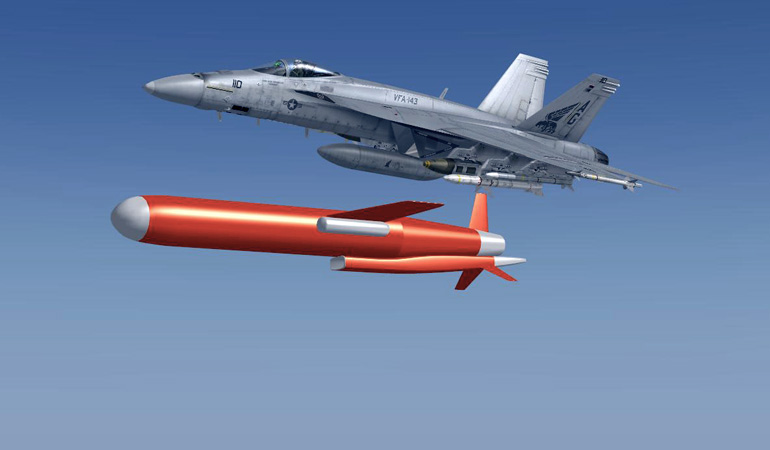 Fiddling around with TacPack’s Mission Editor, you’ll immediately notice one huge difference between the weapons page of the F/A-18C from Microsoft’s Flight Simulator X “Acceleration Pack” and the Superbug in the VRS TacPack: Weapons. The box-stock FSX F/A-18C looks positively naked and useless with no capability to load weapons, much less employ them. That leaves you with not much to do other than fly. That’s not really a bad thing if you like to fly and, well, fly. TheVRS TacPack, on the other hand, gives you a Hornet that not only flies, but has a stinger too! A true Super Hornet!